â€œThe evening star is shinin’ bright. So make a wish and hold on tight. There’s magic in the air tonight, and anything can happen.â€ â€“ Disneyâ€™s The Princess and the Frog

I believe that everyone knows that I absolutely love Disneyâ€™s The Princess and the Frog.Â Â  I can honestly say that I have watched it almost daily over the past few weeks and I find more and more meaning in it each time that I am whisked away to New Orleans.Â  Even though I cry tears of joy or sadness when I watch it, I love the sense of romanticism and adventure that I experience every time I see it.Â  I know a few people will disagree, but I have come to realize the importance of the Evening Star as a main character, Evangeline, in this movie.

From the beginning of the movie, the Evening Star is recognized to have the power to grant wishes.Â  Tiana shares this important fact that she found out from Charlotte with her parents early on in the movie.Â  Later, Tiana tries to ignore the power of the Evening Star in an attempt to tell Charlotte that wishing on a star will not work; she is proved wrong when Prince Naveen indeed arrives to the Masquerade Ball after more wishes to the Evening Star by Charlotte.Â  â€œThank you, Evening Star! You Know, I was starting to think wishing on stars was for babies and crazy people.â€ â€“ Charlotte (Disneyâ€™s The Princess and the Frog) So, Tiana wants to believe that Dreams can come true and makes a wish to the Evening Star.Â  And that is when the adventure begins. Her wish leads to meeting the real Prince Naveen, Louis, Raymond (who prefers to be called Ray), and Mama Odie. 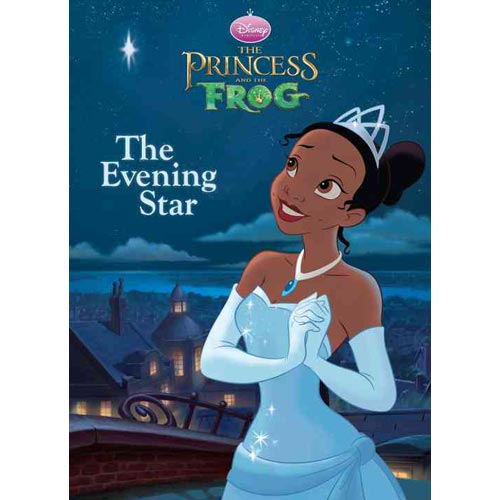 Then Ray shares his love for Evangeline because he is sure that she is a firefly and more certain of their love.Â  Prince Naveen even asks for guidance from Evangeline as he declares his love for Tiana, when Ray is ready to fight him when he mistakes Prince Naveenâ€™s declaration of love for Tiana as him wanting Evangeline.Â  Rayâ€™s love for Evangeline never falters, even when Tiana informs him that his Evangeline is â€œnothing but a star, Ray! A big ball of hot air, a million miles from here.â€ Ray disregards her comment as one of broken heart and seeks to find the truth behind the scandal.

After Rayâ€™s passing, Tiana, Prince Naveen and Louis are with Rayâ€™s family as he transforms from a firefly to a star in the sky with his Evangeline, the Evening Star.Â  I cry every time I watch this part as I think about how Ray and Evangeline will always be together.Â  Of course, Tianaâ€™s wish is granted as she not only gets the restaurant, but she also gets her True Love, Prince Naveen and becomes a Princess.

Now, I know that the Evening Star is the name given to the planet Venus when it appears in the West (evening sky) after sunset, but I also believe that wishing upon a star, especially the Evening Star, will have a happy ending.Â  You know that I believe and I will continue to wish upon a star, because dreams do come true!

Written by fellow Disney Mom & dear friend: DannÃ©e N. DannÃ©e is a proud member of the Walt Disney World Moms Panel. She is not a Disney employee. The postings on this site are her own and do not necessarily represent Disney’s positions or opinions.

This entry was posted in Disney Movie Lines - Cinema Sunday and tagged Dannee - Movie Line Posts, Princess and The Frog. Bookmark the permalink.