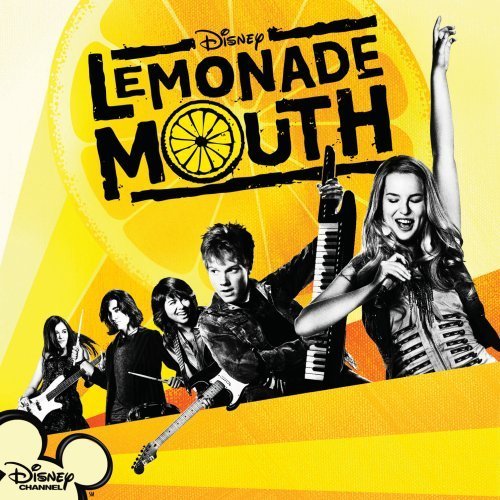 To my mind, it is vitally important that we take an active role in how our lives are going to turn out. After all, we are all here on Earth for such a short period of time, that one would think more people would take the necessary actions to ensure as good a quality of life as possible. And wouldn’t you rather write your own script for your life rather than have someone else write it for you?? Every now and again, I hear an expression, a quote, a piece of advice that makes me stop and say, “Hmmm, I like that….that would make a great bumper sticker, or a perfect ending to a motivational talk!” Well, as I lay watching ‘Lemonade Mouth’ with my girls on vacation last week, I was again struck by one of those “ah hah” moments.

Before they enjoy their rapid ascension to pop stardom, the 5 members of Lemonade Mouth are all fairly anonymous, somewhat average members of a high school student body where sports seem to trump all else. Through five intertwined twists of fate, our subjects come together in the bowels of their high school in the so-called “music room” which also happens to double as Detention Hall. No sooner does the teacher leave the classroom than our quintet begins coming to the realization that they are soon to be connected by more than just their misdeeds. Each has a musical talent that ultimately leads the renegade member of the bunch to suggest that there is more to this group than meets the eye. Collectively, their music is passionate and their messages profound. They speak for those who cannot, or will not, speak for themselves, and soon, they have a student body yearning for their positive messages through music…yearning to be part of their “revolution!” As the fab five collaborate on more and more songs, and as I get more and more thirsty for lemonade, one of their anthems hits me harder than the others…“BE HEARD, BE STRONG, BE PROUD!” There it is, start printing the bumper stickers, start planning the speeches, for this is an ideology I can embrace, and not just because my daughters like the movie!

“BE HEARD“…That’s right, have an opinion, speak your mind, tell your friend he/she has spinach in their teeth. There is absolutely nothing wrong with having an opinion, even if it means disagreeing with people once in a while, or even often. The day I don’t have an opinion about my life or the goings on in it is the day that they are finally putting the dirt on my coffin. Let someone else speak for me???? When donkeys fly!! Like my friend from high school wrote in his yearbook, “Stand for something or you’ll fall for anything!” So, BE HEARD! Never, ever answer a question like, “Hey, wanna get some pizza?” with, “I don’t care”, even if you really don’t care. As I tell my girls and my students……”CARE!!!!” And you do that by being heard.

“BE STRONG”…and not just physically, but mentally and emotionally, too. Yes, it is important to have a strong heart, strong lungs, and strong muscles, but it is just as important to have a strong sense of self, a strong character, and a strong belief in right and wrong, even if it means you must stand alone at times. The difference between aÂ  successful person and an unsuccessful person is the desire to do what needs to be done, knowing right from wrong, and an iron clad determination. So train your body hard, but train your mind and your character with equal vigor so that you can BE STRONG!!

“BE PROUD”…of who you are, of where you come from, of where you want to go, of what you stand for. Nobody can make you feel bad about yourself without your permission. Enough said!

So there you have it, six simple words that can both strengthen and simplify your life if you choose to follow them. And to think, if the namesake Mel from Mel’s Organic Lemonade only realized the power of his lemonade a bit sooner, he’d be printing the bumper stickers and giving the motivational talks instead of me…sorry, Mel, too late!!

Written by fellow Disney Mom (Dad) & dear friend: Chris G. Chris is a proud member of the Walt Disney World Moms Panel. He is not a Disney employee. The postings on this site are his own and do not necessarily represent Disney’s positions or opinions.