Jonas means the world to me. He is as real and genuine as they come. He has a heart of gold, an awesome sense of humor, he’s quick witted and super intelligent (he is a lawyer, after all) 😉 We had a blast together on our Training Trip in December of 2009 and within moments of meeting him, I felt as if I had found a long-lost brother. I’m so excited to share a few of my priceless “Jonas memories” with you.

As you can see in this photo taken at the California Grill, Jonas has one of those “awesomesauce” smiles. You can’t help but smile too when you’re around him. 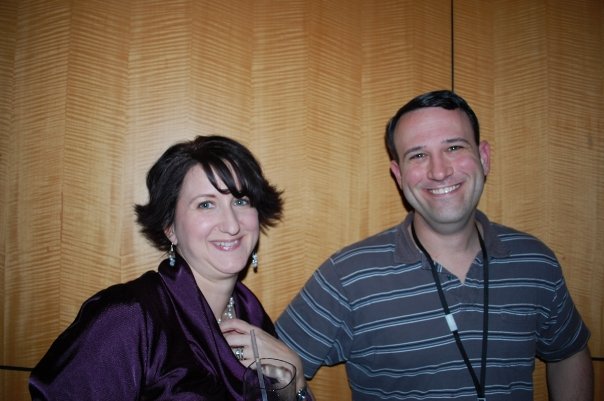 The Moms Panel has had 10 Dads on it so far and they are all amazing in their own ways. I love this photo of Joel, Jonas and Terry at sunrise in the Italy Pavilion (Marc is in the background too). 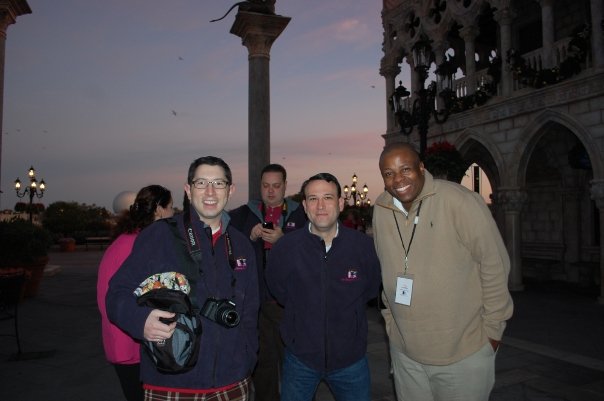 During our Training weekend, we went to the Hoop-Dee-Doo Revue one evening. I sat at a table with Jonas and Joel and I spent much of the time cracking up at their jokes about the slab of cornbread, buckets of food and more. It was a blast. 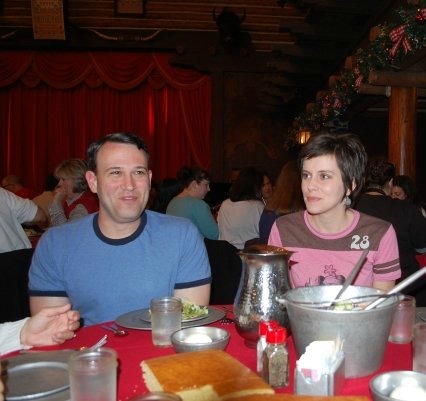 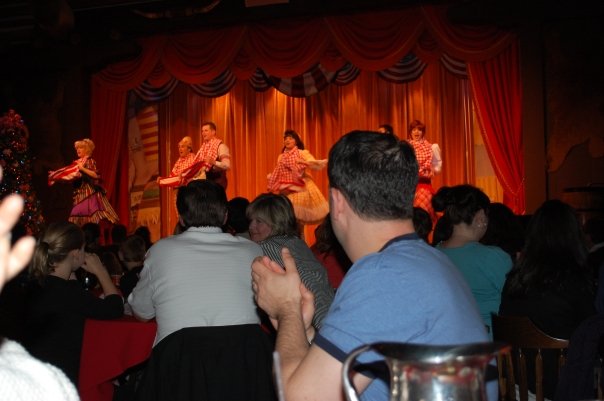 Like all of us on the Panel, Jonas is an Ãœber Disney fan. He gets so excited at the sight of characters. Here he is hugging Princess Tiana (check out Prince Naveen’s expression in the first photo)… 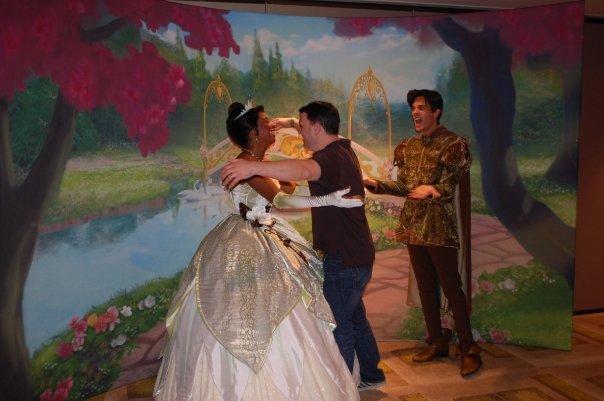 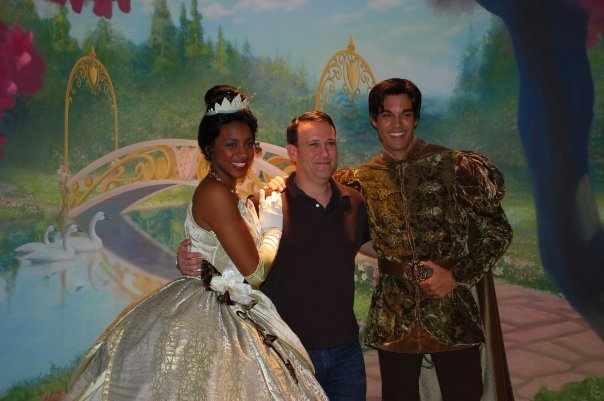 One evening, we went to dinner at Restaurant Marrakesh. Having the chance to get to know Jonas better was by far the best part of that meal. 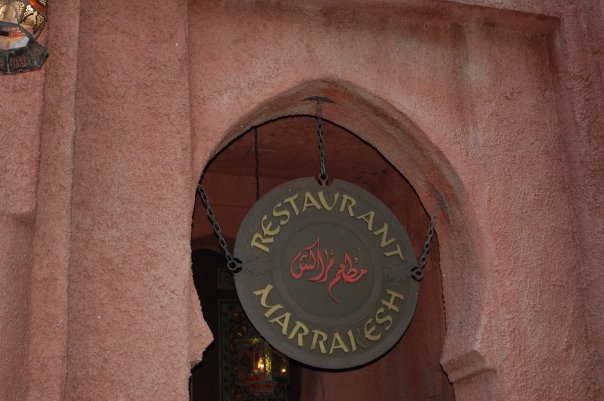 When I wrote my Training Trip Report, this is how I described our experience:

“Our table ended up going with the Marrakesh and Royal Feasts which everyone at the table shared. I was quite proud of myself, because I donâ€™t consider myself a very adventurous eater. In fact, in looking over the menu, ‘beef shish kebab’ was one of the only things I recognized. Jonas was a very patient and helpful ‘partner’ at the table. He translated for me, helped me find things that I would enjoy, and steered me away from things I would probably prefer not to sample. LOL. Thanks again, Jonas!! We were both starting to look a bit exhausted by this point in the trip.” 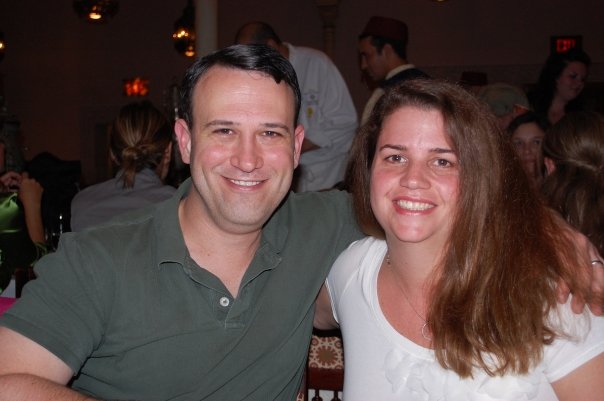 Jonas ordered me a Tangiers Breeze to drink. It was delicious. We joked that it was easily the best thing on the menu 😉 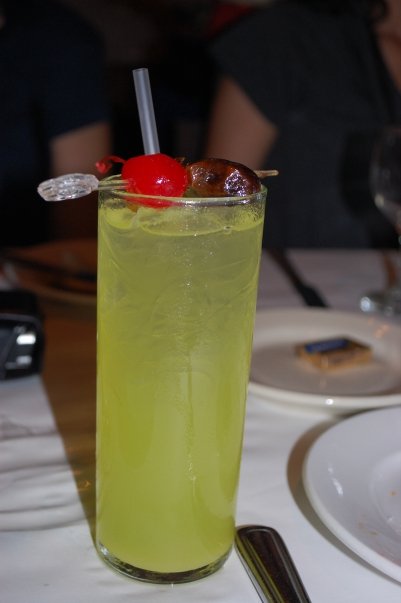 Looking back now, I have to say that was the evening that first endeared him to me on a deeper level. Jonas and I established a foundation of trust that night when he and I shared a wonderful heart-to-heart conversation about our spouses. We talked about when we first met them, our children and much more. It confirmed what I had felt from the moment that I met him…he is “the real deal” and simply awesome.

I took this photo of Jonas and Maria during the IllumiNations Dessert Reception that evening. He was excited for some “real desserts”. 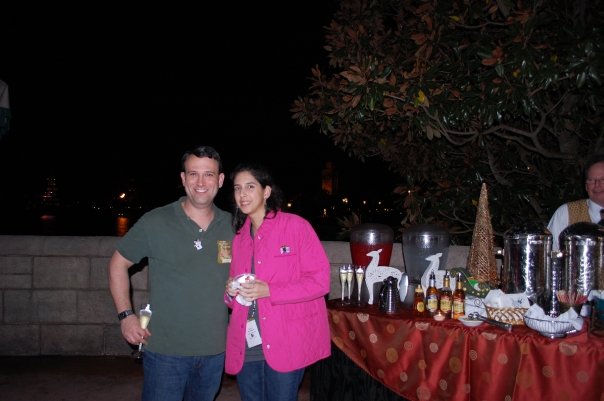 Jonas and Maria at the IllumiNations Dessert Reception - 12/09

This photo was taken as I was saying “bye for now” to Terry, Jonas and Marc in December, 2009, I went home feeling like I had gained a whole new family and that feeling has grown exponentially since then. 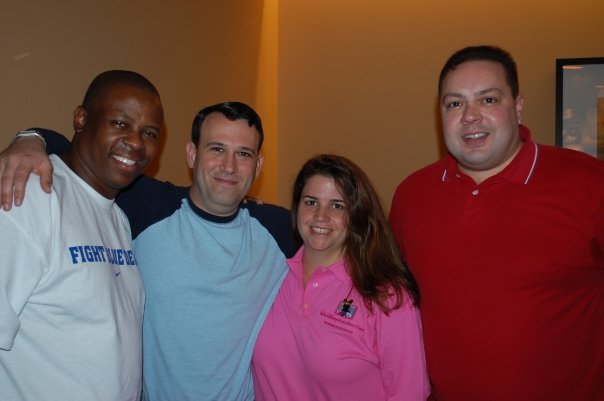 After returning home, I described Jonas in my Trip Report like this: “Jonas, is yet another one who holds a special place in my heart. Iâ€™ll think of him every time I walk past Morocco from now on. He was SO much fun that night, so accepting and real. I enjoyed sharing stories with him as we talked about our families back home. He was a blast at Hoop-Dee-Doo, and riding Soarinâ€™ with him was a treat. I can still hear his laughter. Like so many on the Panel, Jonas is authentic, a true friend.”

Although we exchanged phone calls, texts, tweets and emails throughout the year, I didn’t get to see Jonas again until our Moms Panel Reunion Trip in October, 2010. I was so excited to meet his family at Teppan Edo . 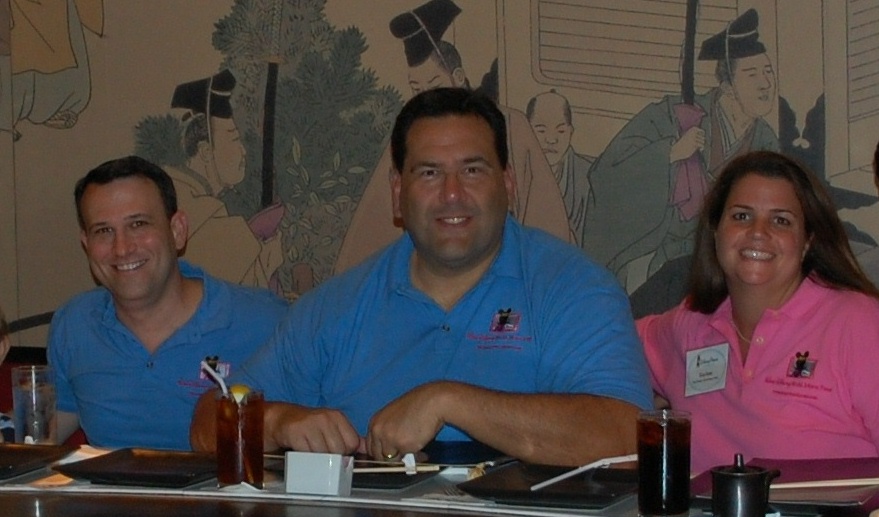 Jonas and his awesome husband are the amazing parents of 2 incredible boys. Not only are they adorable, but they are sweet, well-mannered, fun-loving little guys. My girls had a blast riding Spaceship Earth and The Seas with Nemo and Friends with them. Jonas is a loving, protective, deeply-caring, highly-involved, passionate and proud Daddy. His boys are very blessed to have him. 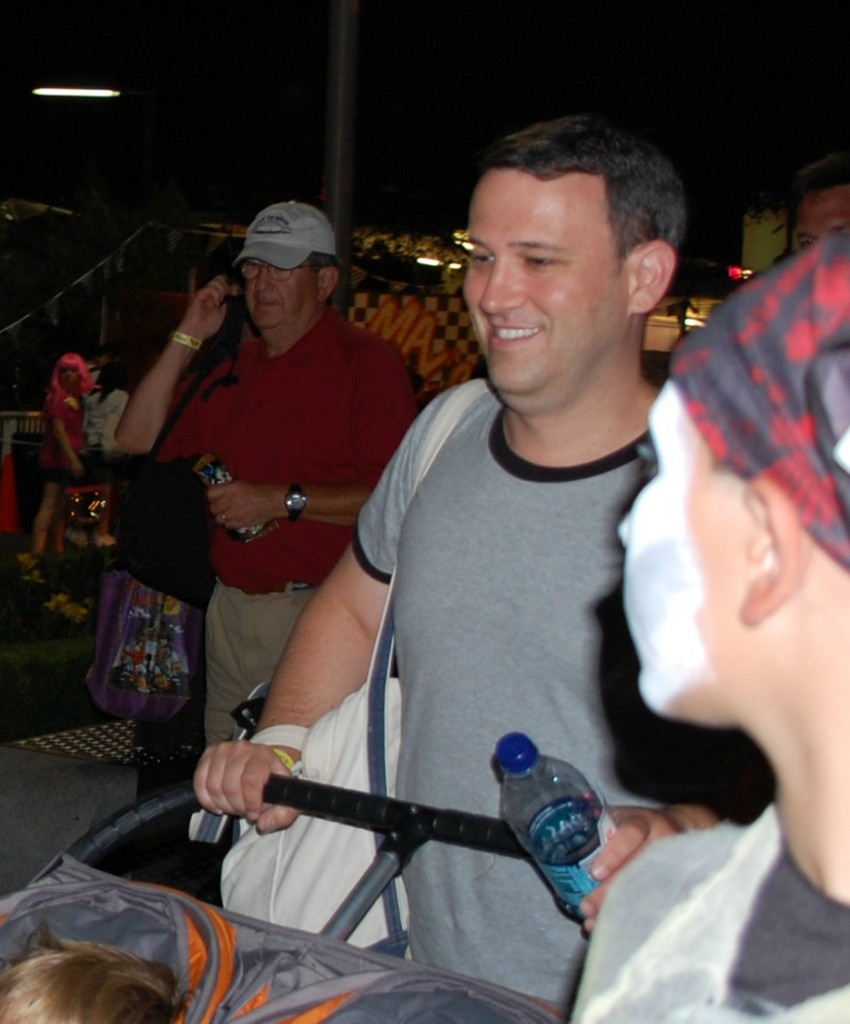 In December of 2010, Jonas was one of the Alumni who helped train the new Panelists. He met up with us at the Big River Grille after lunch time. He and Lou Mongello both have “signature grins” that always make me smile. 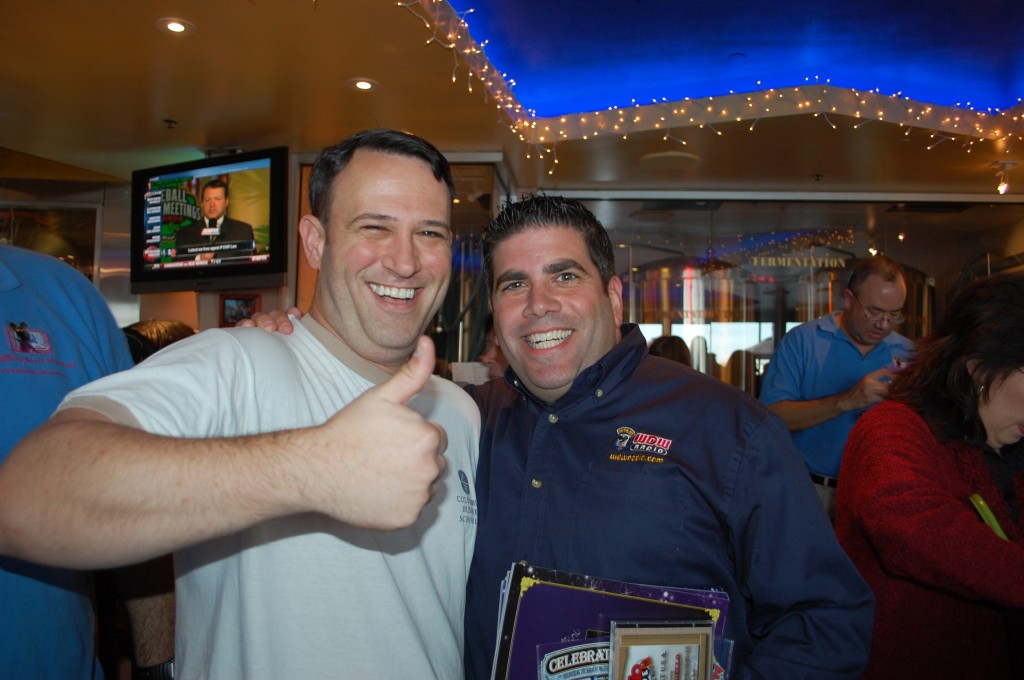 We took a group photo on the Boardwalk of most of the Alumni who had traveled down that weekend. I love this picture and all of these incredible friends. From left: Marc, Anna, Chris, Amanda A, DannÃ©e, Bernie, Me, Beth, Suzannah, Jonas and Joel 🙂

Alumni Panelists on the Boardwalk - 12/10

One of the things that I love the most about Jonas is that he is really supportive. I can always count on him to give me his honest feedback with various situations. We joke sometimes about “attorney / client privilege” and how his lips are sealed but it goes so far beyond that. I trust him implicitly and I value his input immensely. This past winter I talked to him about my Disney Movie Lines blog concept. He encouraged me not to just give my idea away, and to eventually move the column over to my own blog. Multiple times he has shared his input in support of where I’m going with my blog, and that has meant a lot to me. I know that I can always count on Jonas to be honest and real. I can’t really explain how invaluable that is to me. 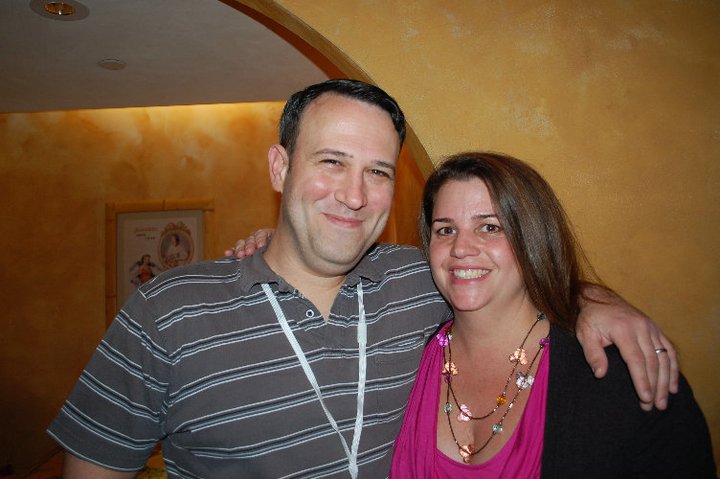 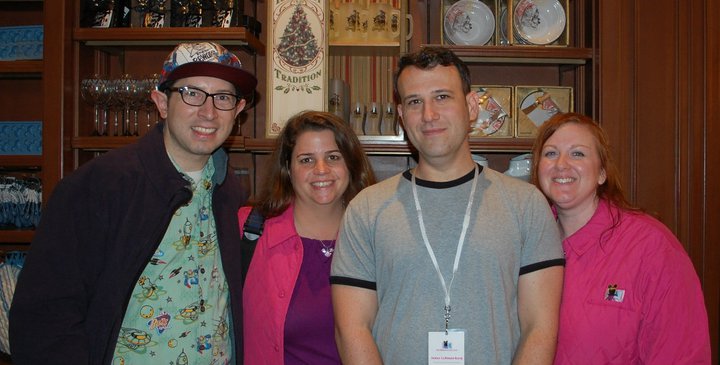 Joel and Jonas are great buds. While they share similar, witty senses of humor in common, I believe their deeper connection lies in the fact that they are such incredible, genuine guys. 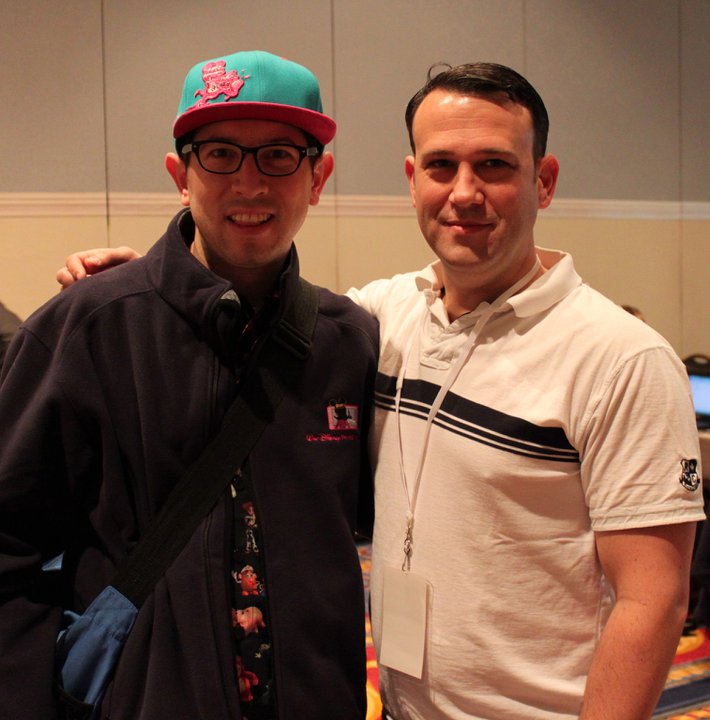 This past April, a group of Panelists were invited to New York City to attend a Disney Cruise Line event. Excuse the quality of this photo that was taken on my phone…I was SO excited to see Jonas when I got there. 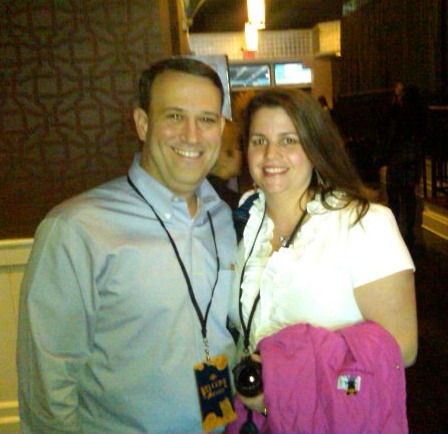 Chris, Jonas, Erin, Jill, Ritzy and I gathered for the announcement that Disney Cruise Line would begin sailing out of New York City in 2012. 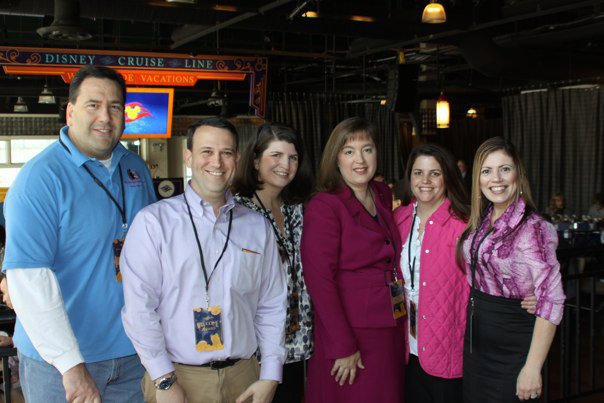 I love these two photos of Jonas with Mickey 🙂 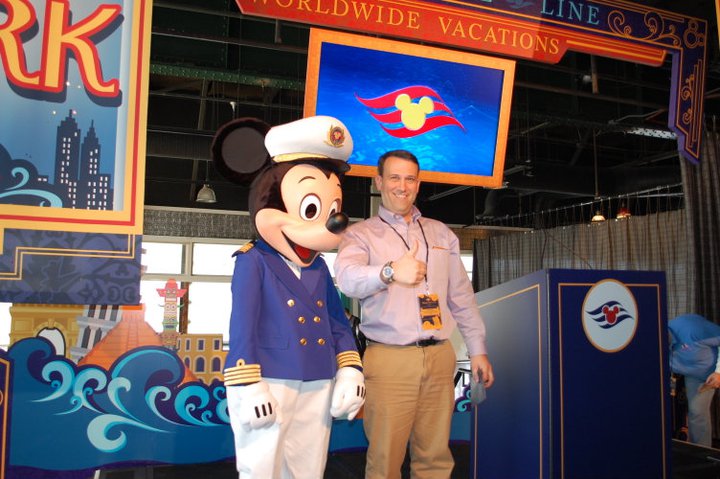 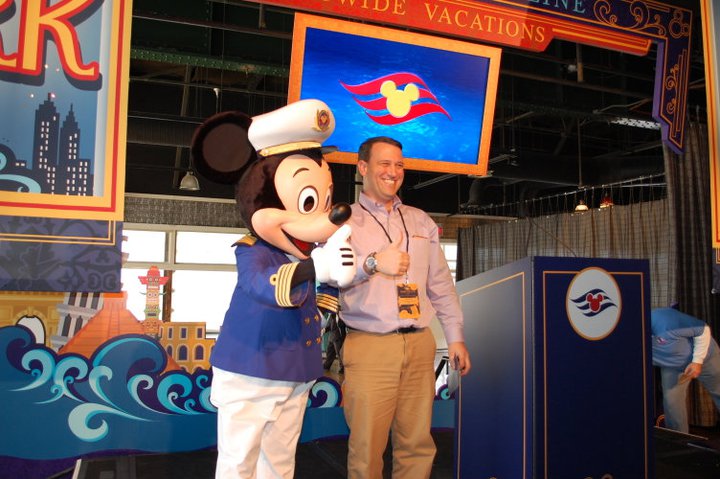 I’m incredibly honored to call Jonas my dear friend and I look forward to making many more magical memories with him in the future. I can’t wait to see him for the Moms Panel Reunion this Fall and I’m really excited that we’re both taking our Reward Trips at the same time in November. Until then, I’ll continue to enjoy keeping in touch as I count down the days.

*Get to know some more Walt Disney World Moms Panel Moms & Dads! I share a different Panelist with you each Monday! Hereâ€™s the link to all of them so far:
http://www.memorymakermom.com/category/disney-moms-panel-monday/