Disney Movie Lines – Cinema Sunday: “Those Who Need You – Building Your Own Family” 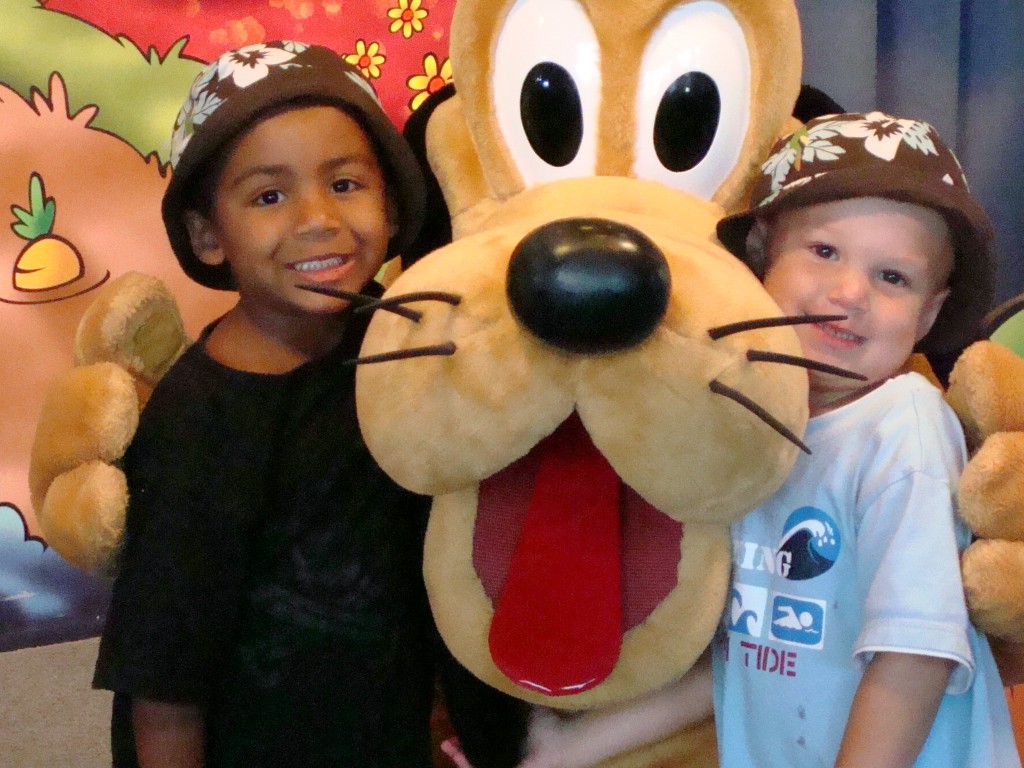 Disneyâ€™s Tarzan delivers some very strong messages about fitting in, about acceptance, about creating community and family. In the jungle, all of the animals coexist reasonably peacefully, disturbed suddenly by hunters who wish to destroy them. Among their party, however, are the professor and his daughter Jane: the academic with his intellectual curiosity and the beautiful naÃ¯f, who disregards any kind of protocol in favor of immersing herself in heartfelt understanding.

One significant plot point in the film is that the character Tarzan is desperate for a family, having lost his own as a baby. His family becomes what he makes it: creatures of all species, not one of whom looks like him.

On July 7, 2004, my husband P. and I traveled down to Guatemala to meet for the first time our baby son, then seven months old.Â  The plane touched down in Guatemala City, and we passengers disembarked into this brightly colored emotional chaos: greetings, farewells, joy and heartache.

We looked around frantically for our contact, and almost immediately I felt a hand on my arm. â€œI would have known you anywhere,â€ said the woman. â€œYou are glowing! How far along are you now?â€

Because like all good comedians, the universe delivered the punch line: after two years of â€œtrying,â€ P. and I decided that out there, somewhere, was a little one who needed us as much as we needed him.

We found that sweet boy in Guatemala through a wonderful agency, and started the process in January of 2004.Â  The next month, at a combined conference/anniversary trip to Nevada, I became pregnant. What happens in Vegas clearly does not stay in Vegas!

In November of 2004, I arrived home from the hospital, following an emergency C-section, suddenly the parent of a newborn and an eleven-month-old. Every family group faces its challenges, and mine, from day one, was no exception. 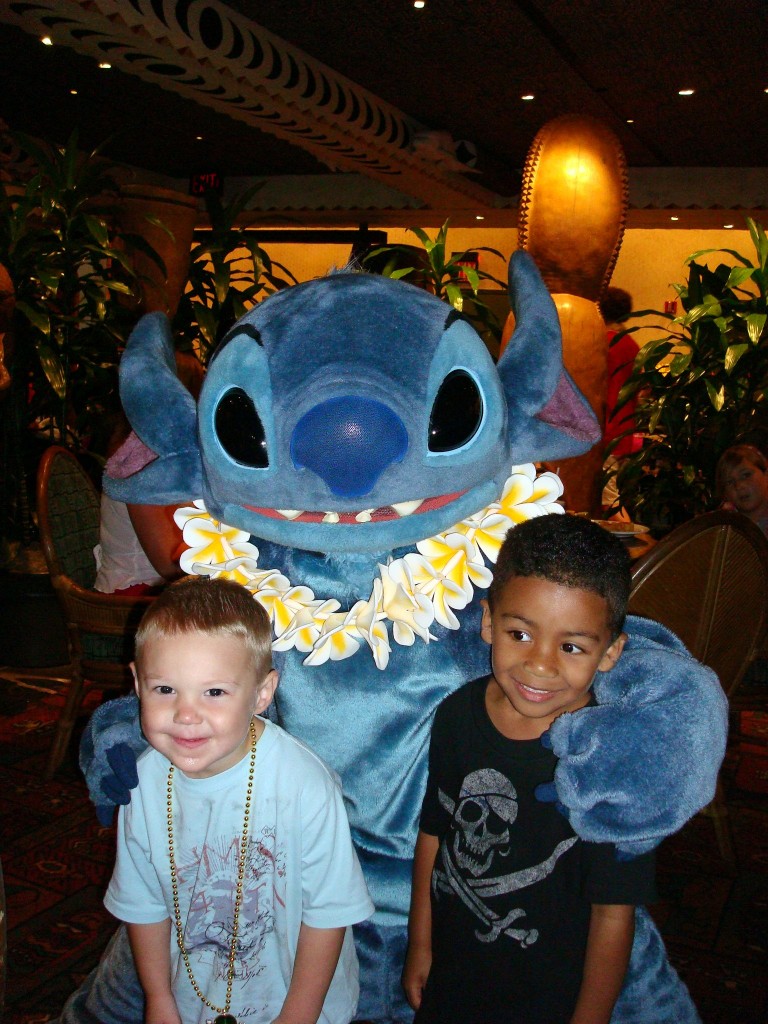 Weâ€™ve never had to work to normalize him into our family dynamic. There is no â€œfamilyâ€ without him. But weâ€™ve never hidden his adoption from him either. He knows he was born in Guatemala, and he knows we had a celebration when he was granted US citizenship, thanks to the Child Immigration Act.

He has our last name, and on his Guatemalan birth certificate, P. and I are listed as his parents. But he also knows that his â€œtummy motherâ€ loved him so much that she was willing to give him away to have the life she was simply unable to provide.

My standard joke is that I yell at my boys equally. Â There is no difference in the way I treat them; each of the boys isÂ his own individual, regardless of his biological origin.Â  I do make sure to honor heritage equally, though, and Son One will be aware of and proud of his Hispanic roots, even as he revels in being an American citizen. 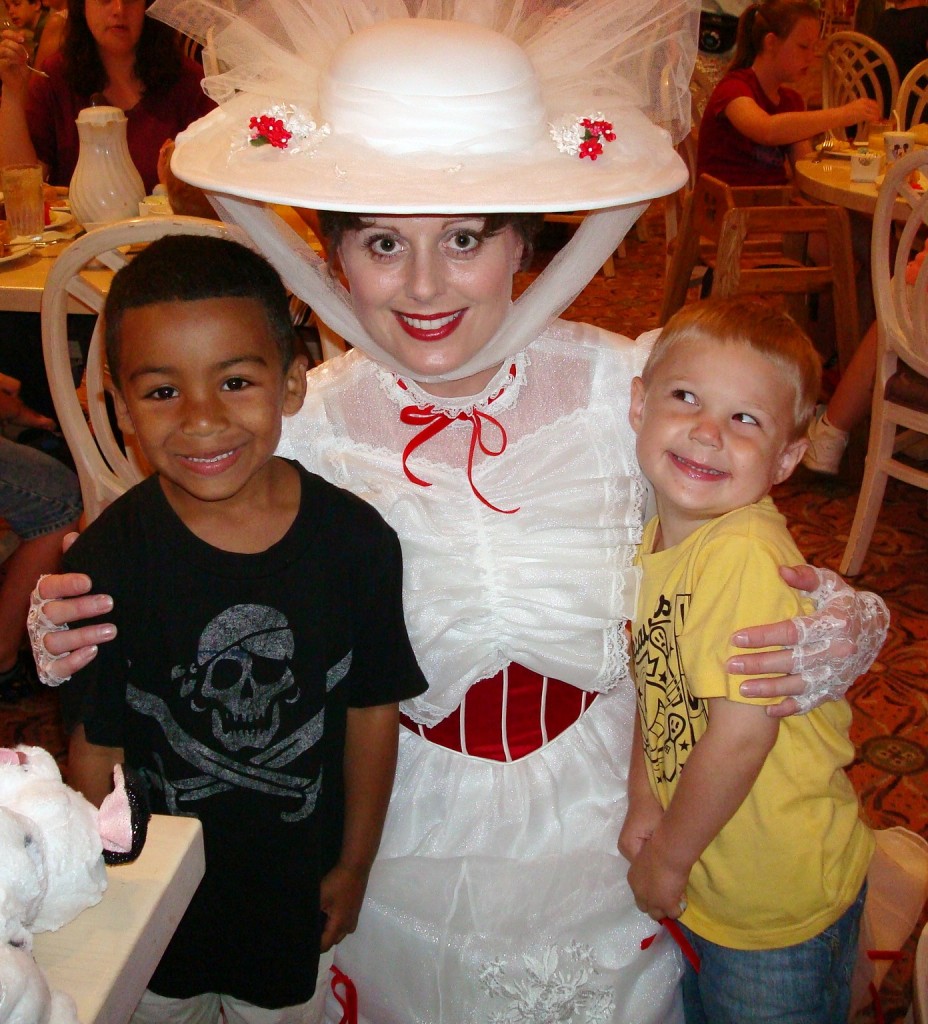 The point of this commentary, I suppose, is to reiterate the idea that family is what you make of it, whether you bring in an honorary aunt or uncle, or whether you adopt a child from a culture completely outside of your own.Â  I often play “Two Worlds, One Family” from Disneyâ€™s Tarzan for my children, and explain to them that despiteÂ being unrelated by blood, family is what we make it. As Kerchak says, to TarzanÂ  â€œForgive me for not understanding that you have always been one of us. â€œ

Gandhi believed that â€œAll humanity is one undivided and indivisible family.” It is my greatest wish that my children â€“ and yours â€“ are surrounded by family, by loving people who provide comfort, compassion, and support, no matter the way in which your worlds came together.Â

Written by fellow Disney Mom & dear friend: Deborah B. Deborah is a proud member of the Walt Disney World Moms Panel. She is not a Disney employee. The postings on this site are her own and do not necessarily represent Disney’s positions or opinions.

2 Responses to Disney Movie Lines – Cinema Sunday: “Those Who Need You – Building Your Own Family”