After the Hoop-Dee-Doo Musical Revue, we were headed to yet another incredible event: 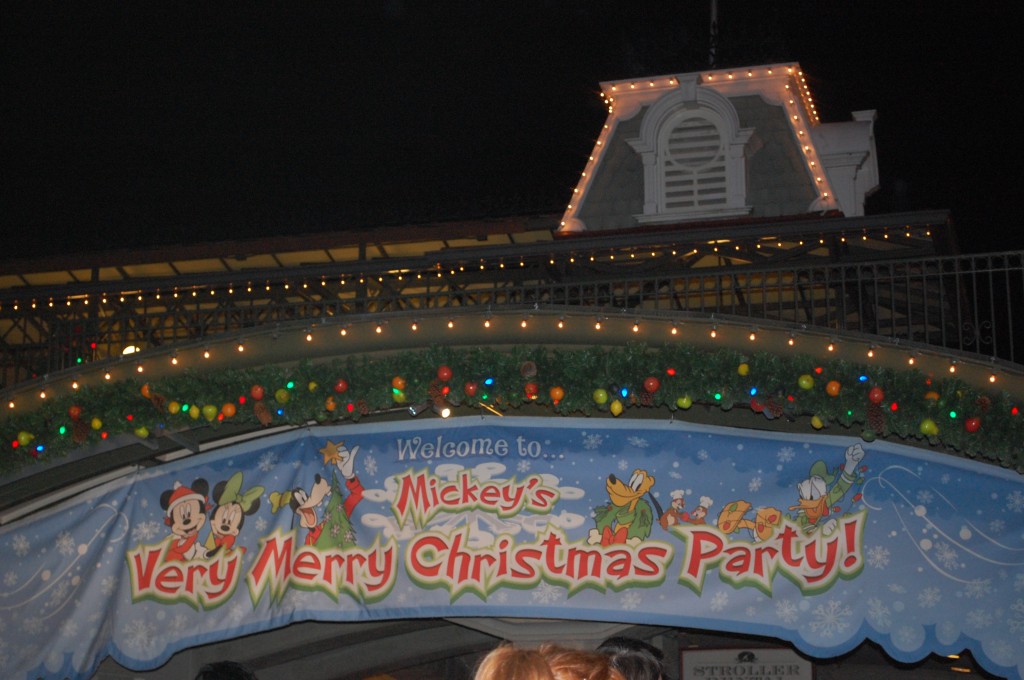 Our family has done, “Mickey’s Not-So-Scary Halloween Party”, but haven’t had the chance to enjoy this Party yet. I was SO excited!

As we entered Main Street, USA, Kay got us all pumped up! 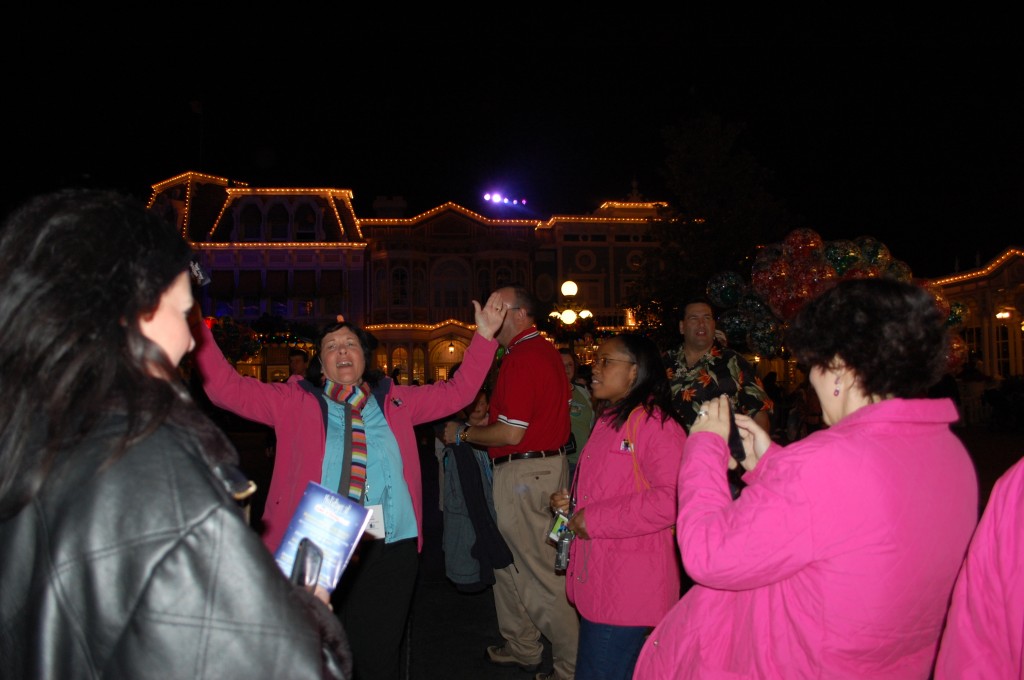 We turned around, and the sight was nothing short of pure Disney magic!!! It was SNOWING!! A magical snow fall on Main Street USA!! Now naturally I had *heard* that this happens…but seeing it with my own eyes…it was indescribable! 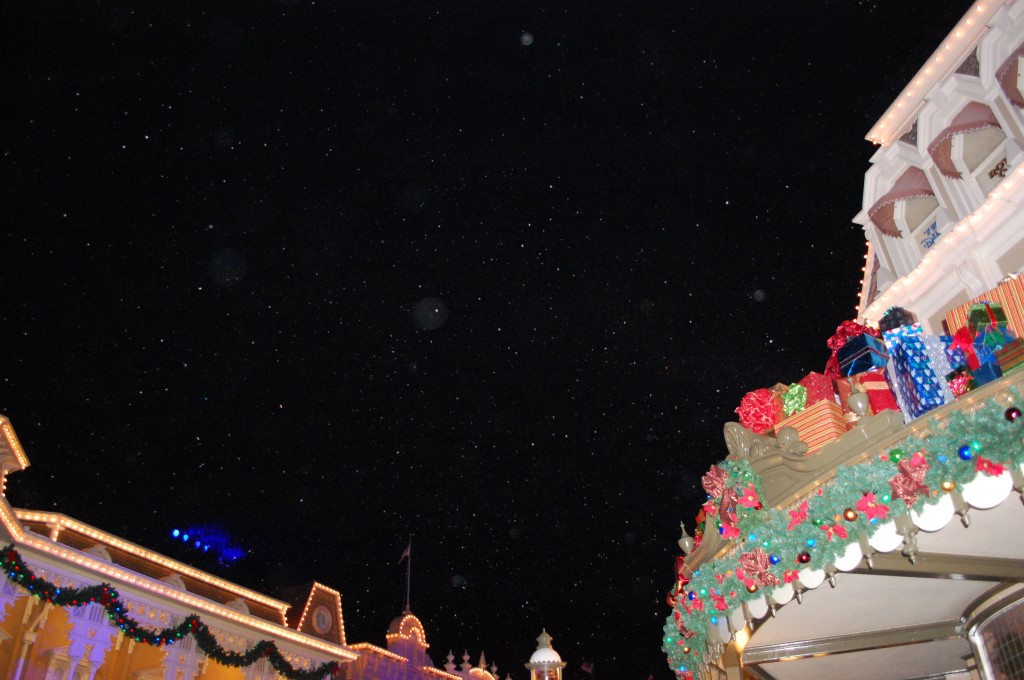 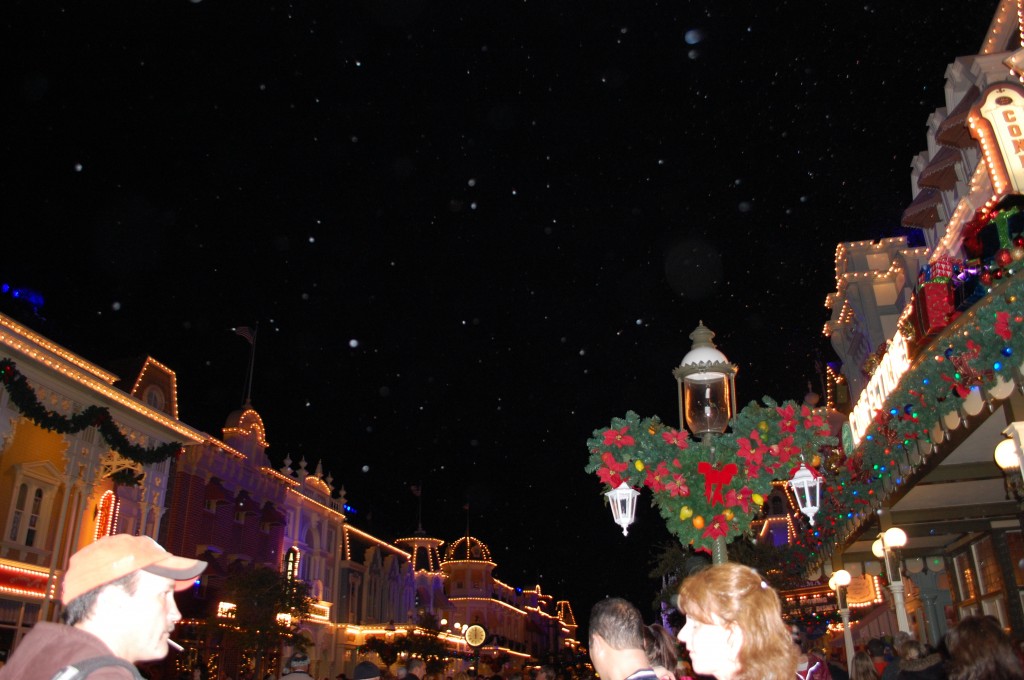 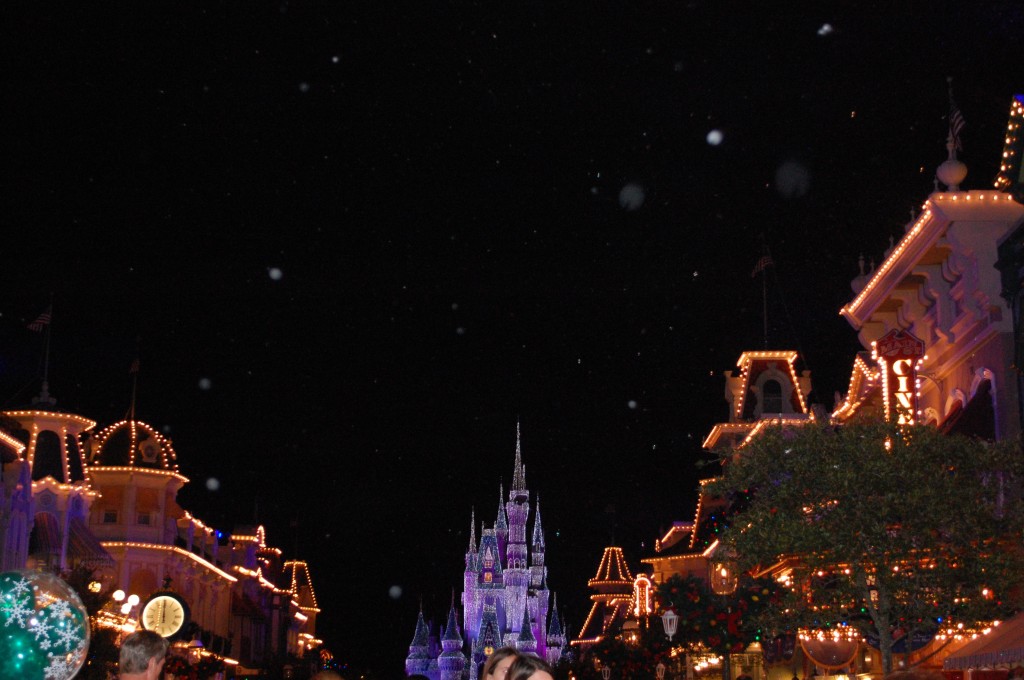 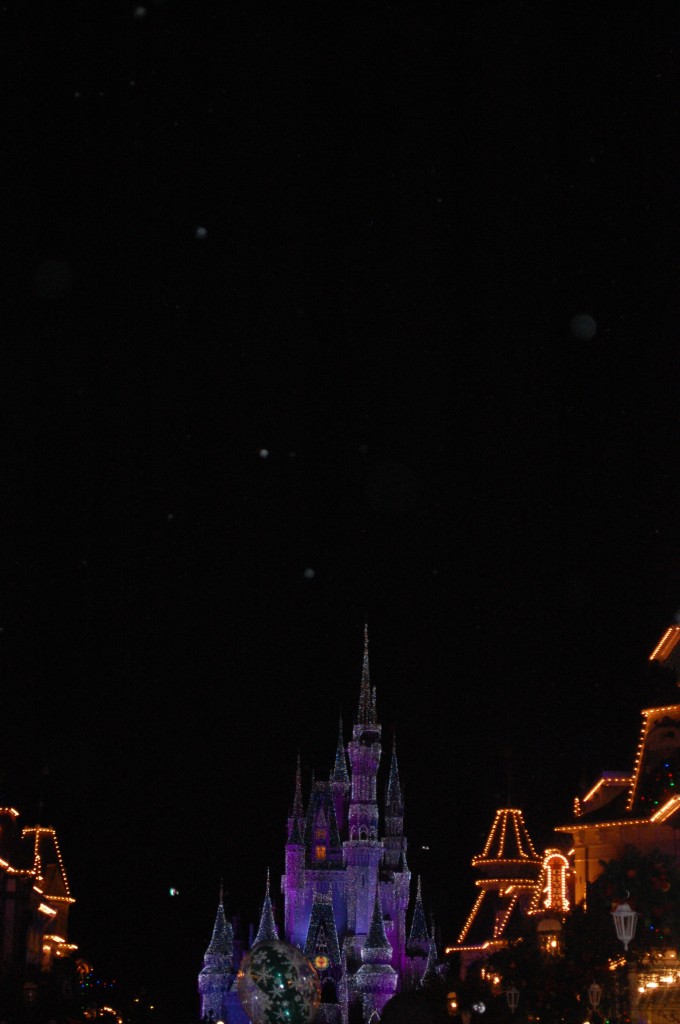 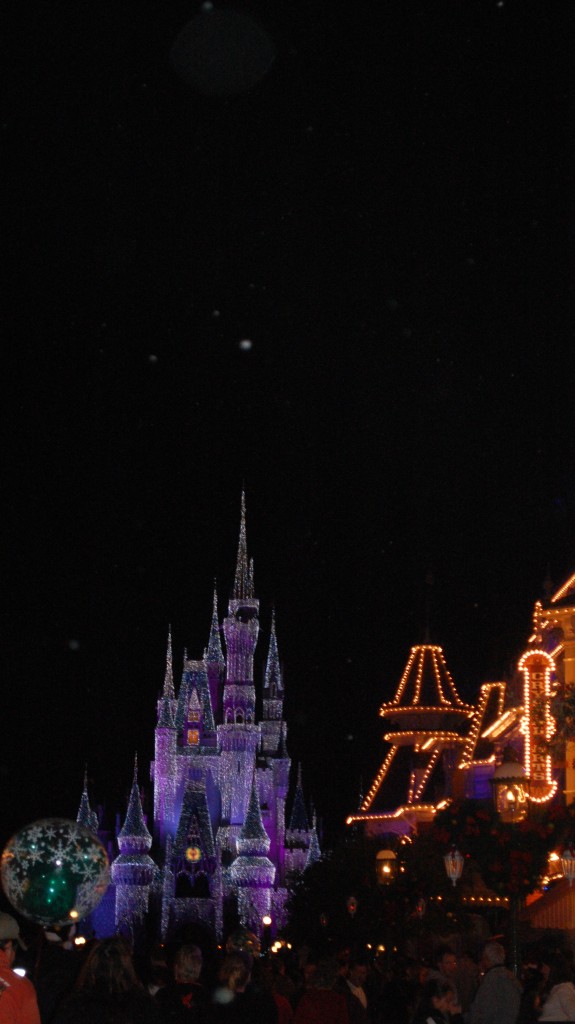 A group of us stopped to have our photo taken together. 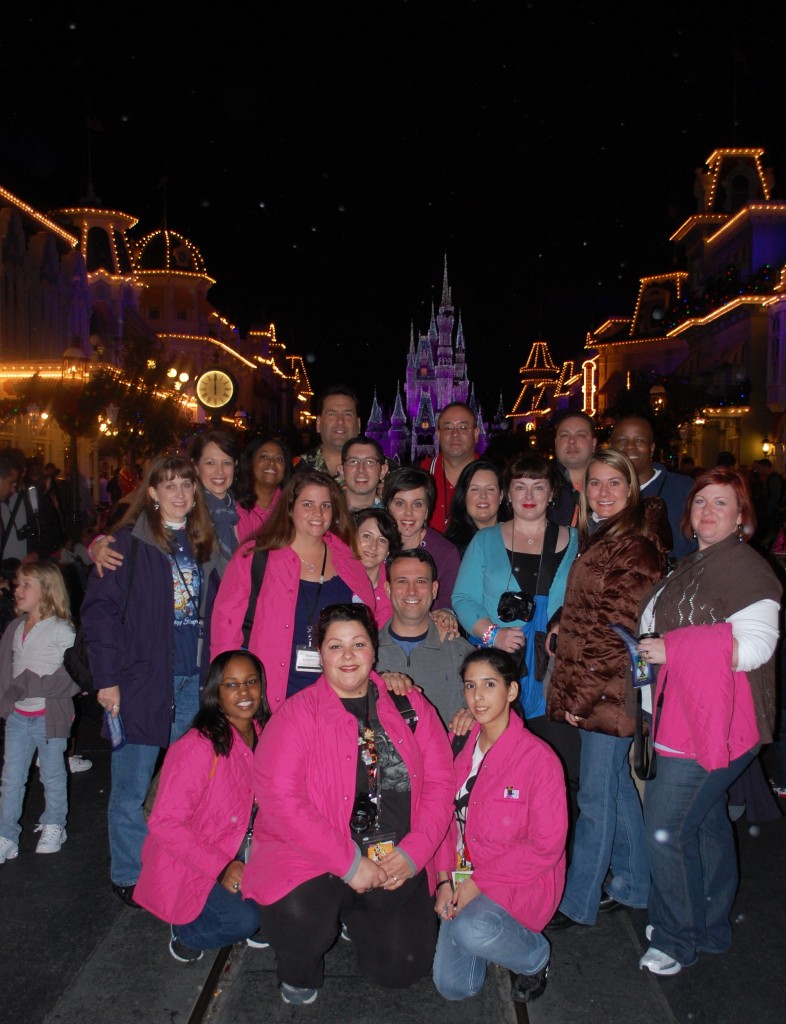 Then, we turned and headed towards an awe-inspiring sight. It was the enchanted “Castle Dream Lights” on Cinderella’s Castle. 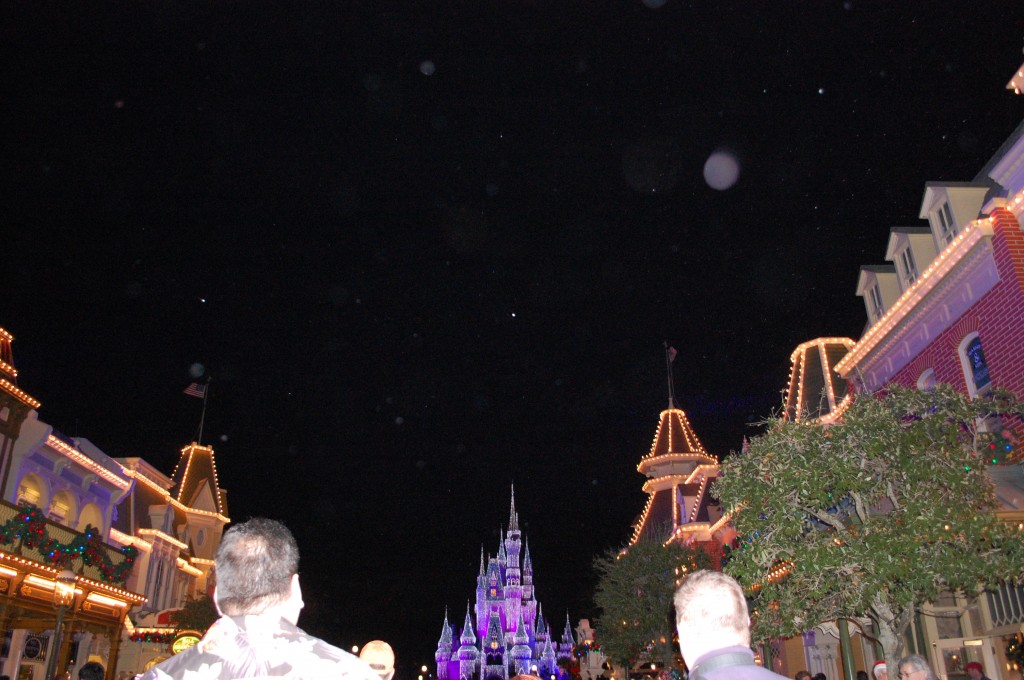 As we got to the end of Main Street, an unfortunate thing happened. Due to the crowds, many of us lost track of each other 🙁 I had paused with Lauren and Lila for a few snapshots of Cinderella’s Castle, and off to the left I watched as many of my friends disappeared into the night. I knew we’d eventually find each other, so I spent a moment completely entranced by the Castle. If you’ve never seen it at Christmas, put it on your “bucket list”. When it turned light blue, the lights reminded me of Cinderella’s ball gown, sprinkled in diamonds. Breathtaking.

We headed to Adventureland in hopes of finding the rest of the group. We were thinking they were headed to Pirates of the Caribbean, so we went there first. I asked the Cast Member if they had seen a big crowd wearing pink jackets come through a few minutes ago. They hadn’t, but we jumped on anyway…it was a chance to see Jack Sparrow 😉 I took a photo on my phone and texted it to Steve for Jared and Shawn. It was rather dark, but they were able to guess which ride I was on: 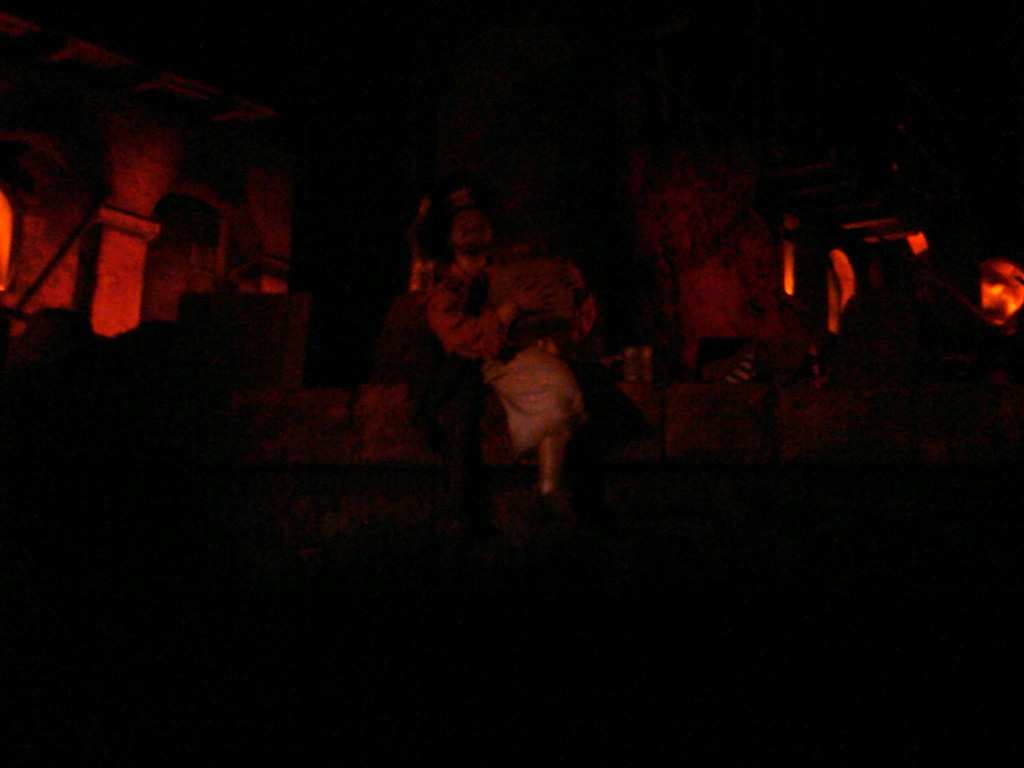 While on the ride, I received a text from Kathie telling me she was on Main Street. Several of them had staked out a spot for the parade. So, we headed there to find them. I took the chance to run to the Emporium to pick up a plush Thumper for my friend. Then, while waiting for the parade, Laura and Tina mentioned riding Space Mountain. Since we hadn’t gotten to the other day, Kathie and I decided to go with them. We stopped for some hot cocoa and a cookie on the way to Tomorrowland. Then, we headed into the newly revised Space Mountain. Unfortunately, when we were almost on…it closed temporarily. We’d have to try again.

At this point, Kathie and I decided to try to find a good viewing spot for Holiday Wishes. I chatted with her about how bummed I was that I lost track of the rest of the Moms earlier, and how I had really wanted to go on some rides with everyone. We were wondering where everyone could be, while gazing at the gorgeous castle. Seriously, it was so stunning and captivating, I could barely pry my eyes off it. “Dream Lights”…so appropriately named…only in a dream could I have imagined something so beautiful. 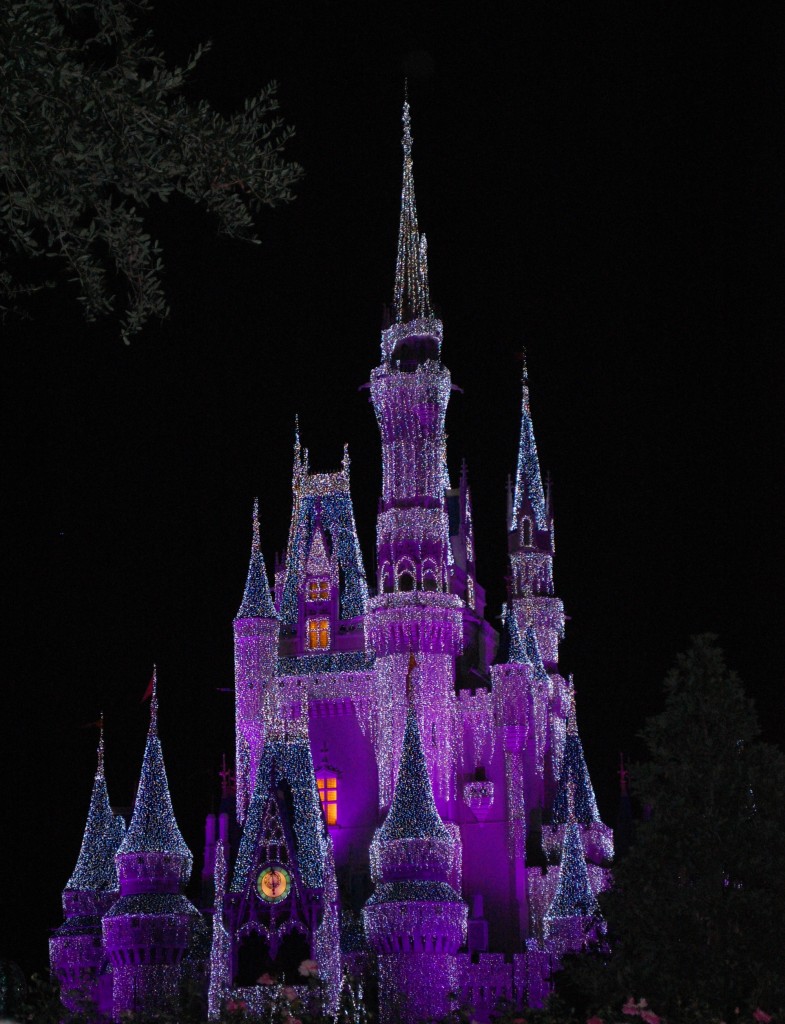 Kathie checked Twitter to see if someone had updated where they were so we could find them all, and she saw a post that a bunch of them had a prime viewing spot at the Rose Garden near the Castle. So, off we went. 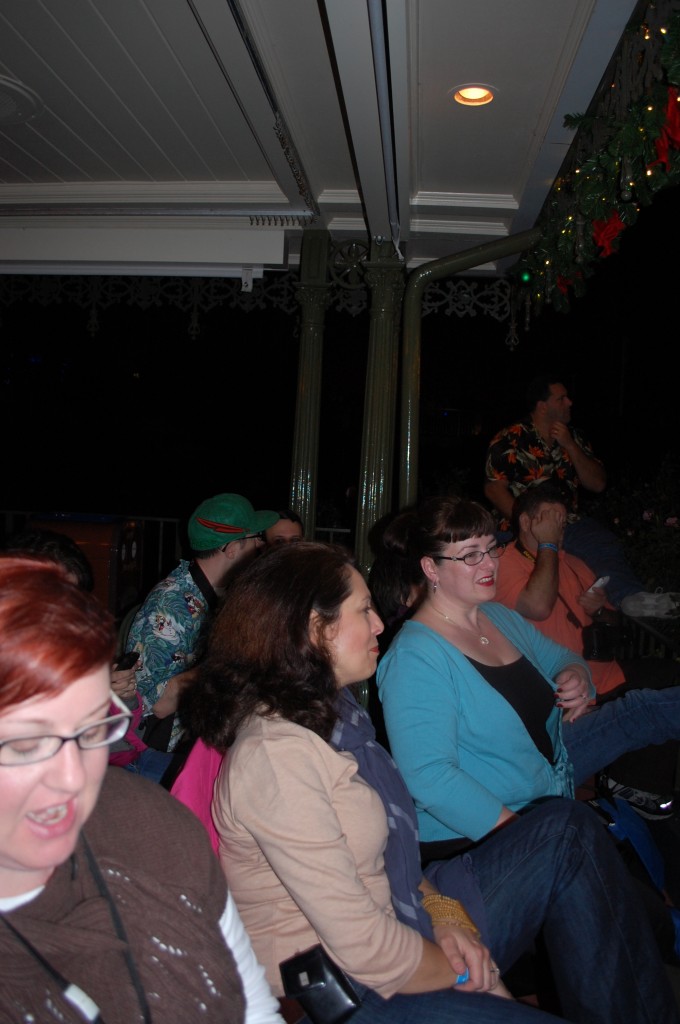 Having been so moved the other night while at the California Grill, I could hardly wait to watch “Holiday Wishes: Celebrate the Spirit of the Season” up close. As anticipated, it was magical… 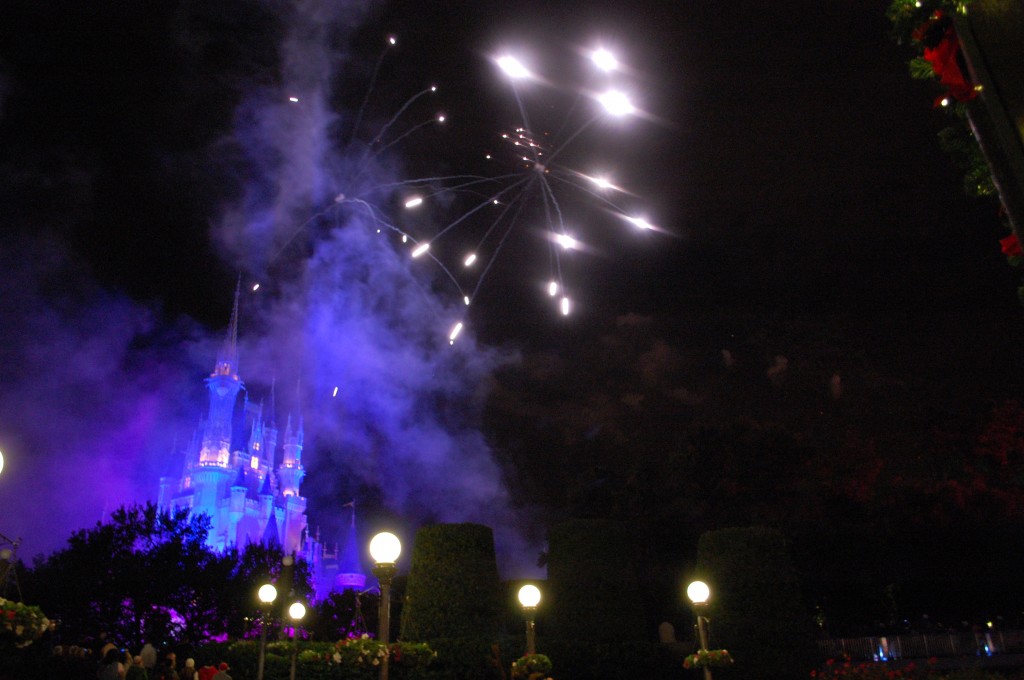 When Tinkerbell made her flight to Tomorrowland, I was actually able to capture her on my camera it for the first time ever!! 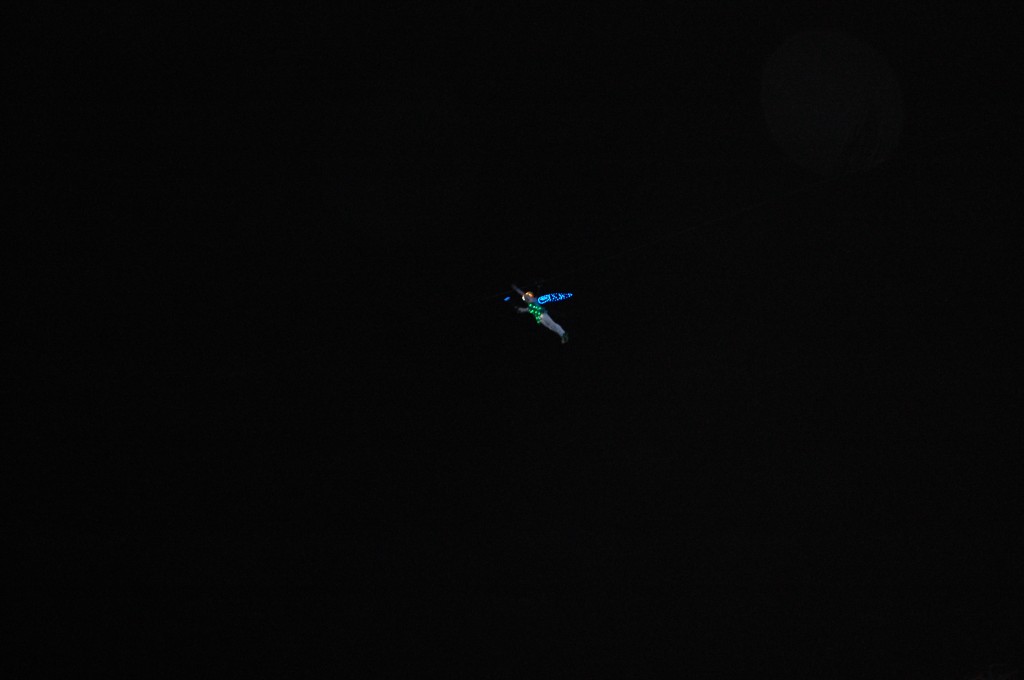 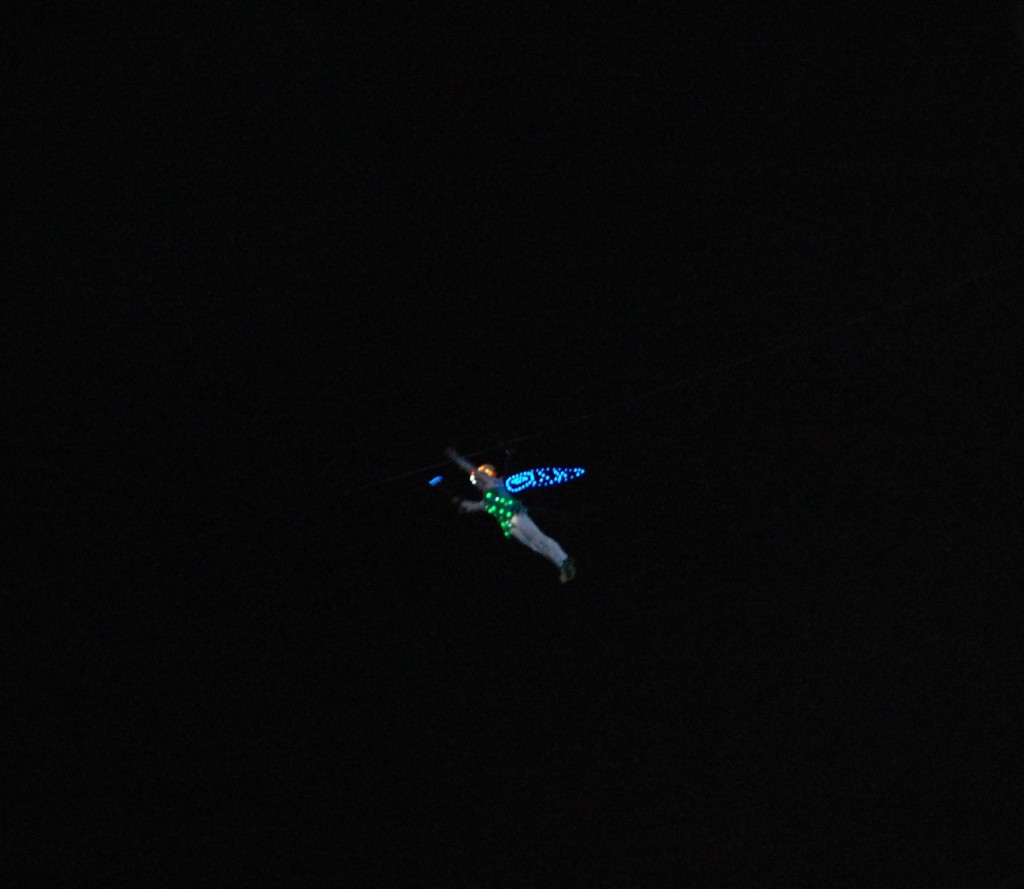 The Christmas music that accompanied Holiday Wishes was gorgeous, second only to the amazing fireworks display… 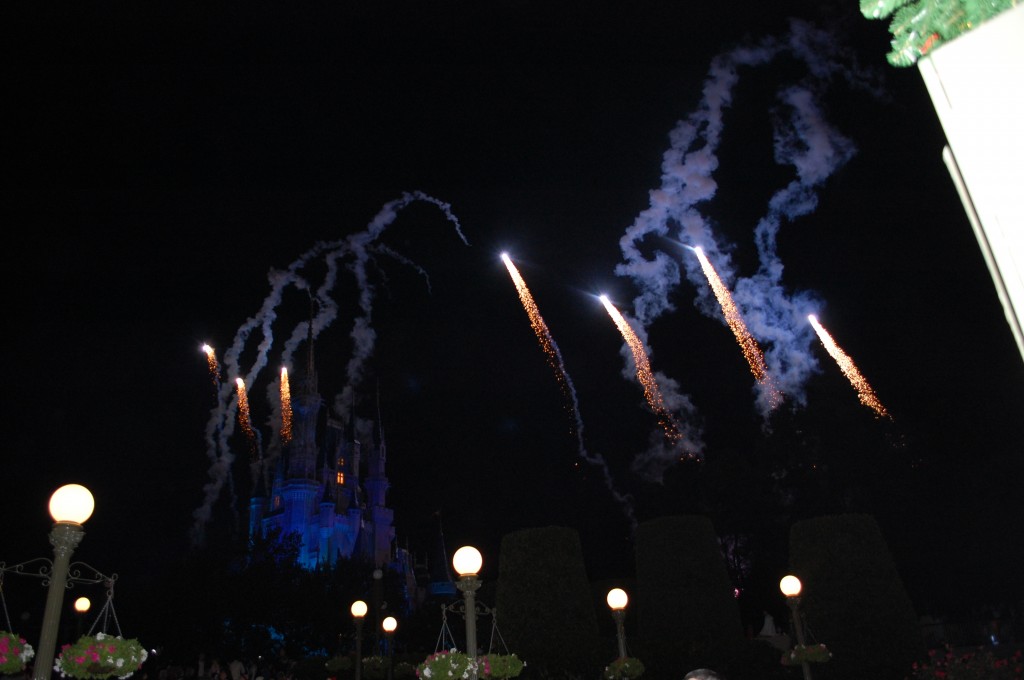 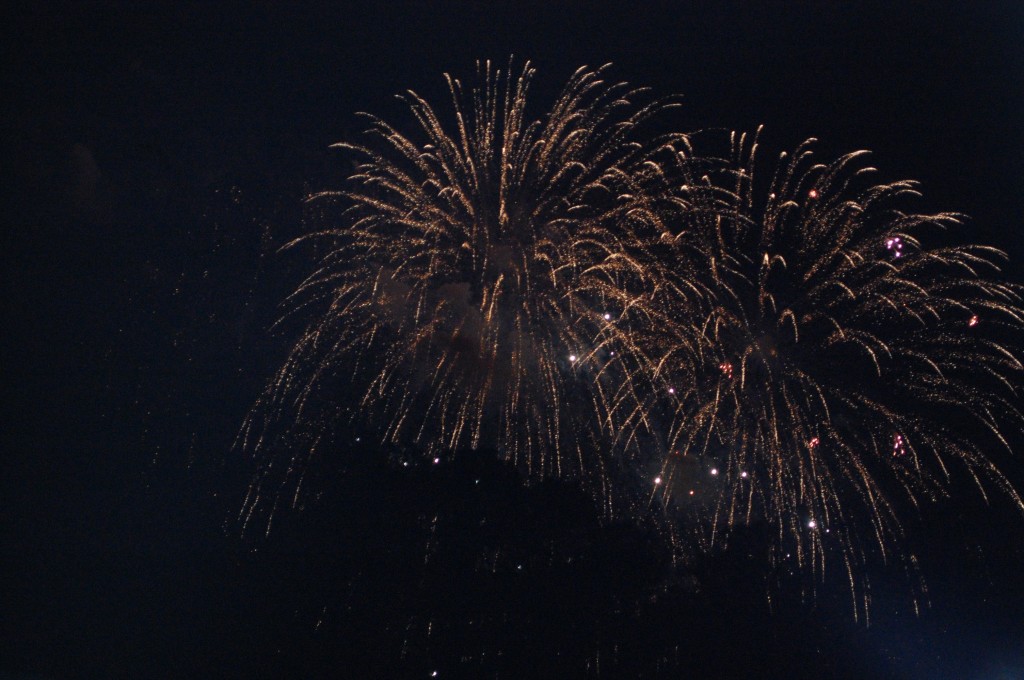 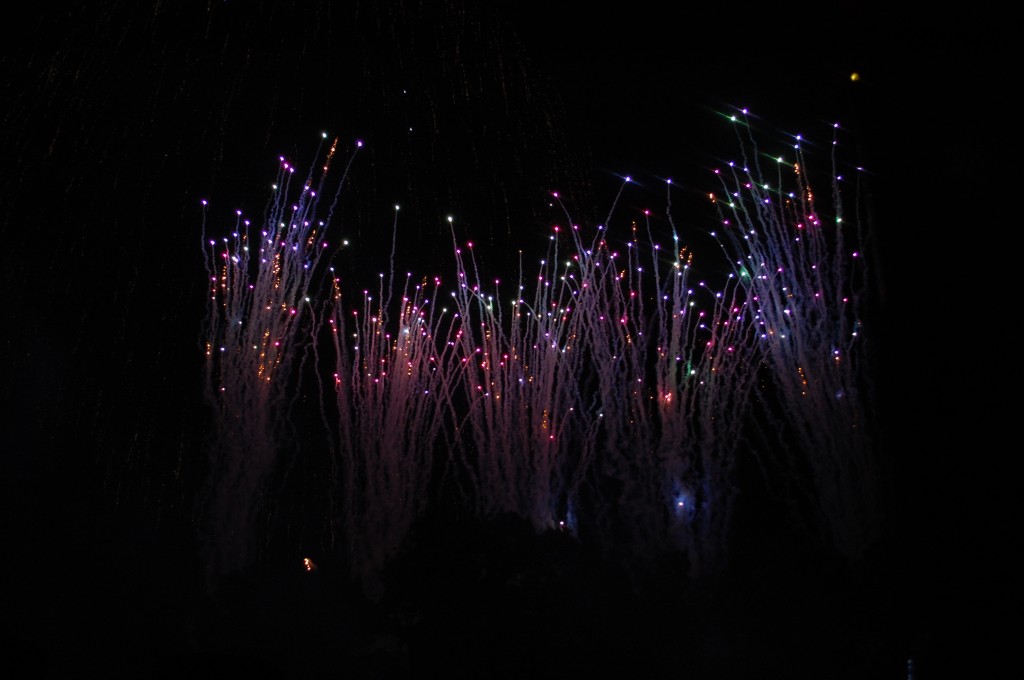 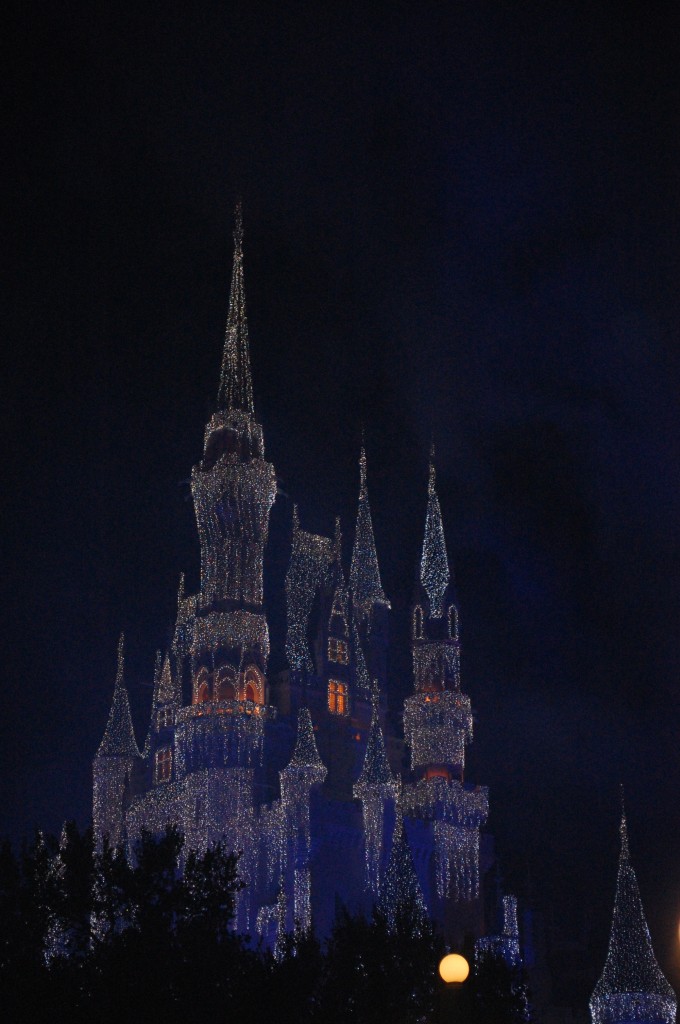 After Wishes, Terry, Maria, Suzannah, Kathie and I headed to Big Thunder Mountain Railroad. Terry and Maria had never ridden before. Kathie, Maria and Suzannah sat in one seat, while Terry and I were right behind them. It was SO fun to experience the, “wildest ride in the wilderness” with my buddies 🙂 Here’s a photo of Maria and Terry after their first time on B.T.M.R.R. 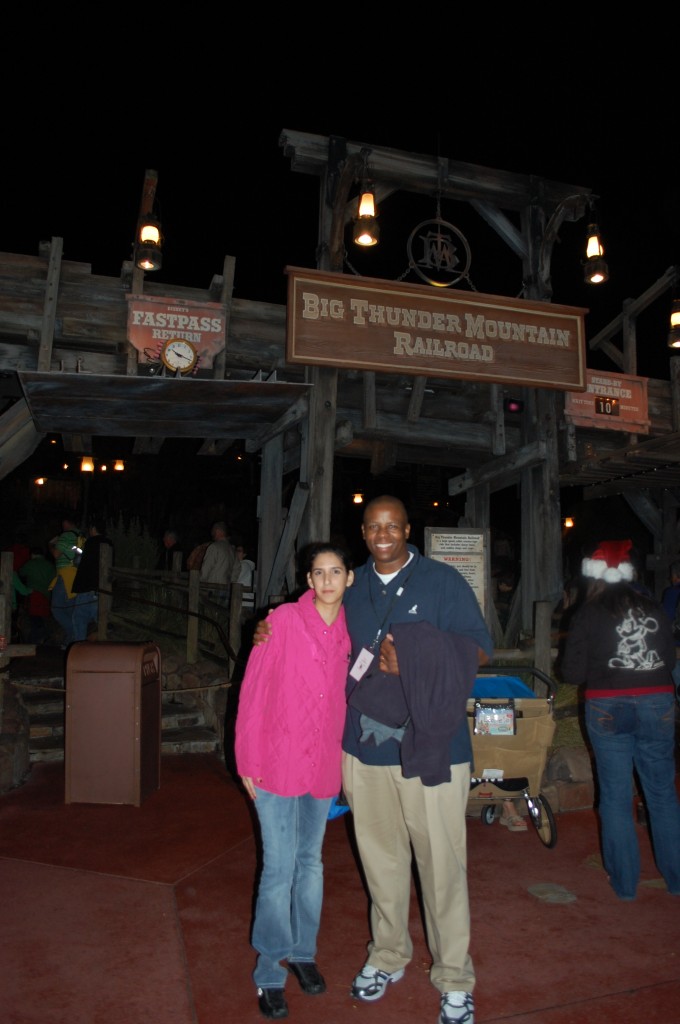 It was Suzannah’s first time riding it at night, we commemorated that with a photo too 🙂 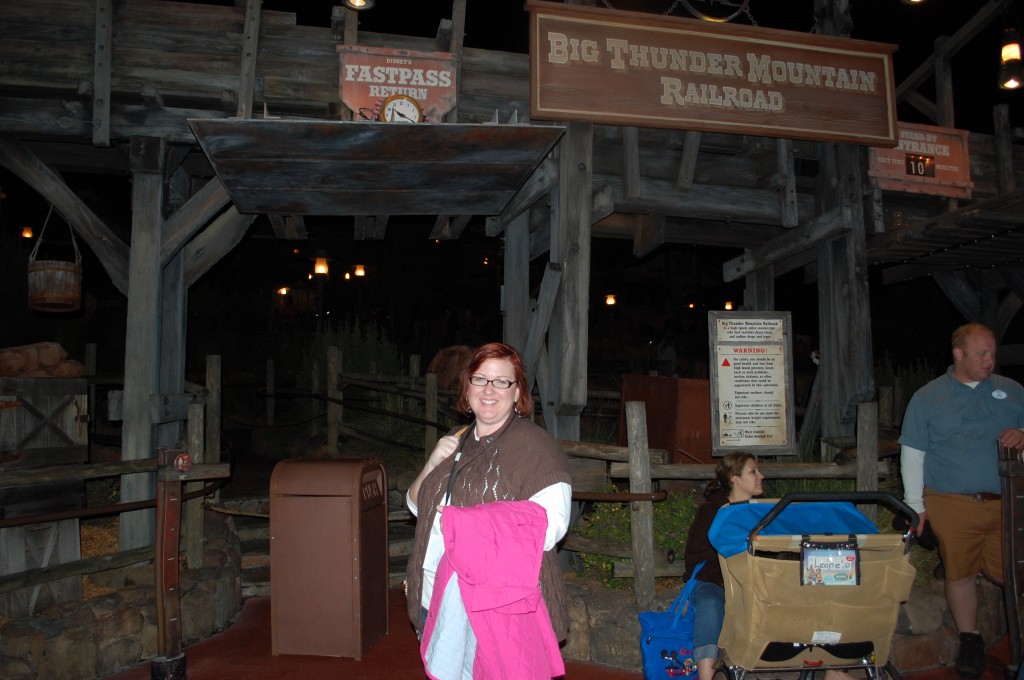 Before I had left home, I’d promised Kassia that I’d send a photo of Cinderella’s castle to Daddy’s phone. I had kept that promise on Saturday night when I sent a shot from the top of the Contemporary while watching Wishes up there. When I chatted with her on the phone earlier today, I asked her if she got the photo I had sent. She said, “Yeah, but it’s too far away and too small, Mommy. I want to see it REALLY close!” SO…I walked up to the front, and then sent this to her: 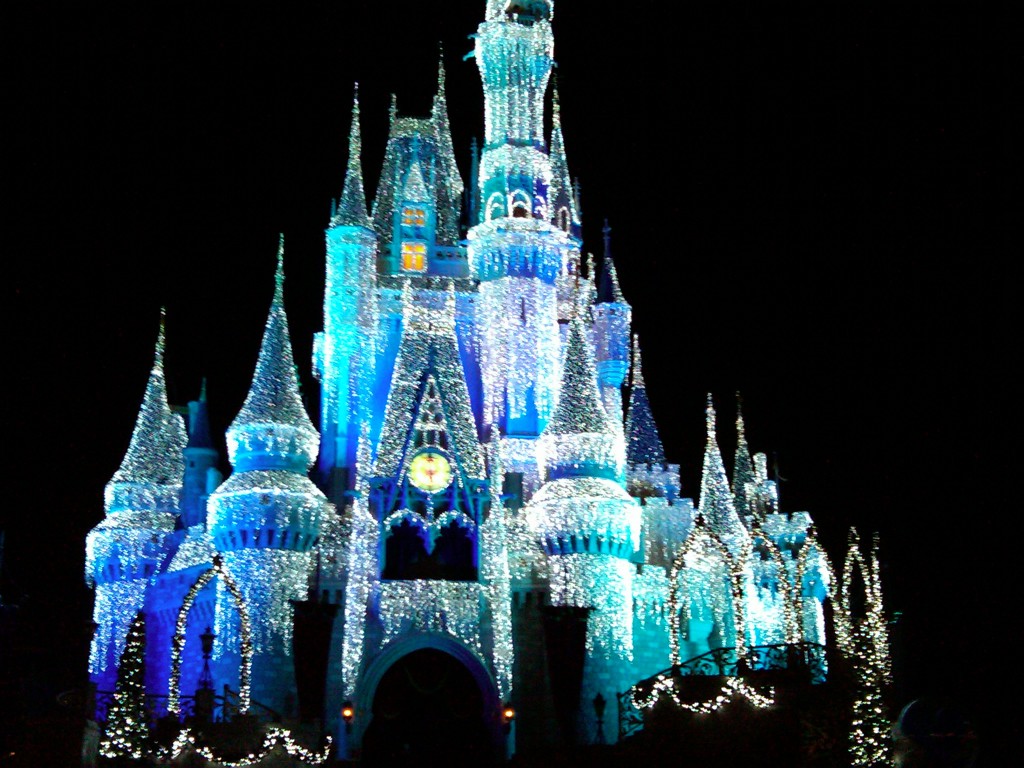 She told me the next day that she loved it!!!

Next we headed to Space Mountain where we decided to try one last time to ride the newly refurbished ride.

Success!! We got right on and it was worth the wait!! 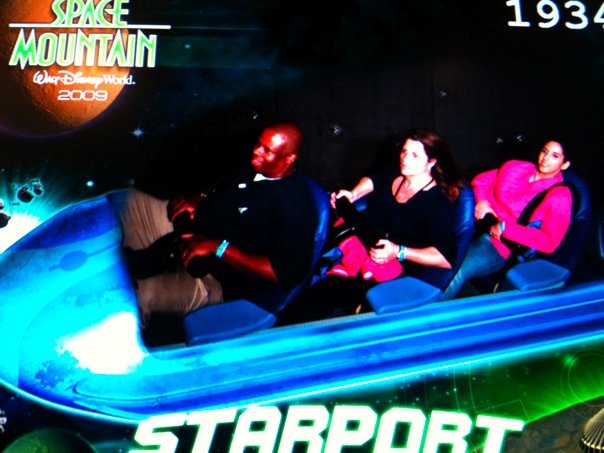 It had been an incredibly long, but unforgettably magical day…starting way back with that 4:15am wake-up call. It was time to head to bed. The five of us chatted while enjoying the brief walk to the Contemporary. We were welcomed home by this sight: 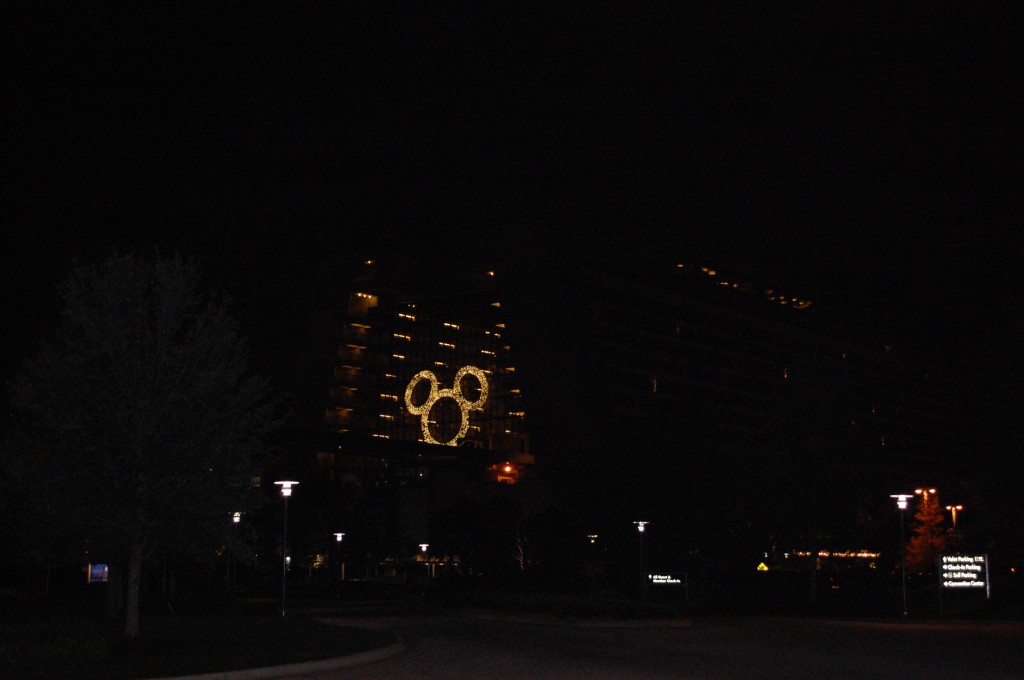 and what a beautiful sight it was 🙂 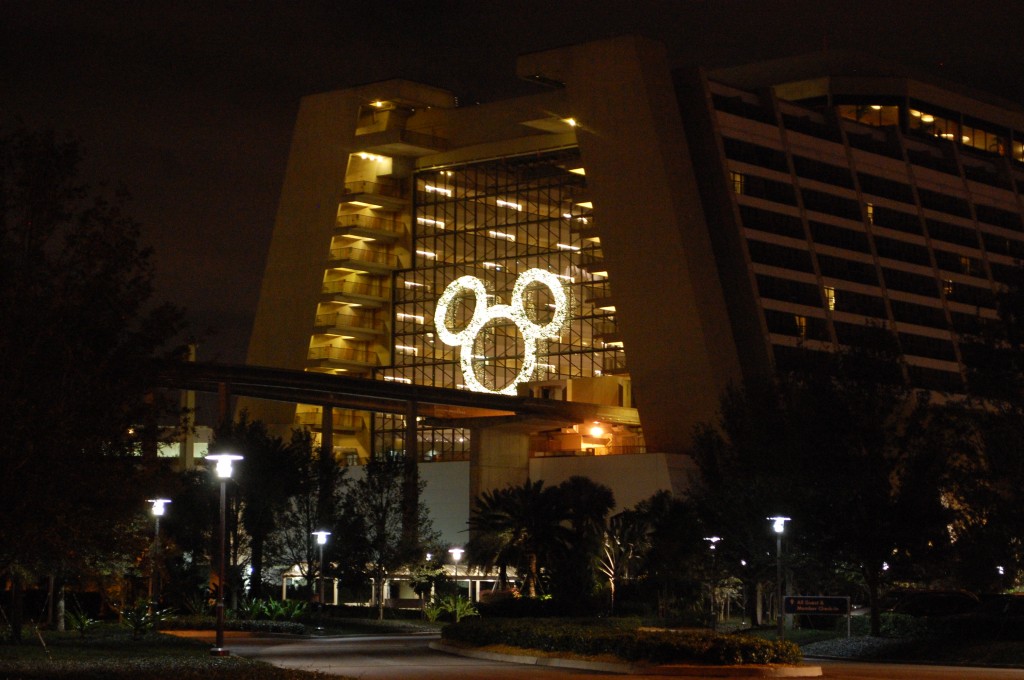