Our next event was the “Move It, Shake It, Celebrate it!” Street Party. We all stood at the Castle Forecourt and waited for the party to get started. Sweet Kay started shakin’ and dancing and we were all laughing in no time. She is a riot and SO much fun!! Here’s Kay and Alumni Mom Karen. 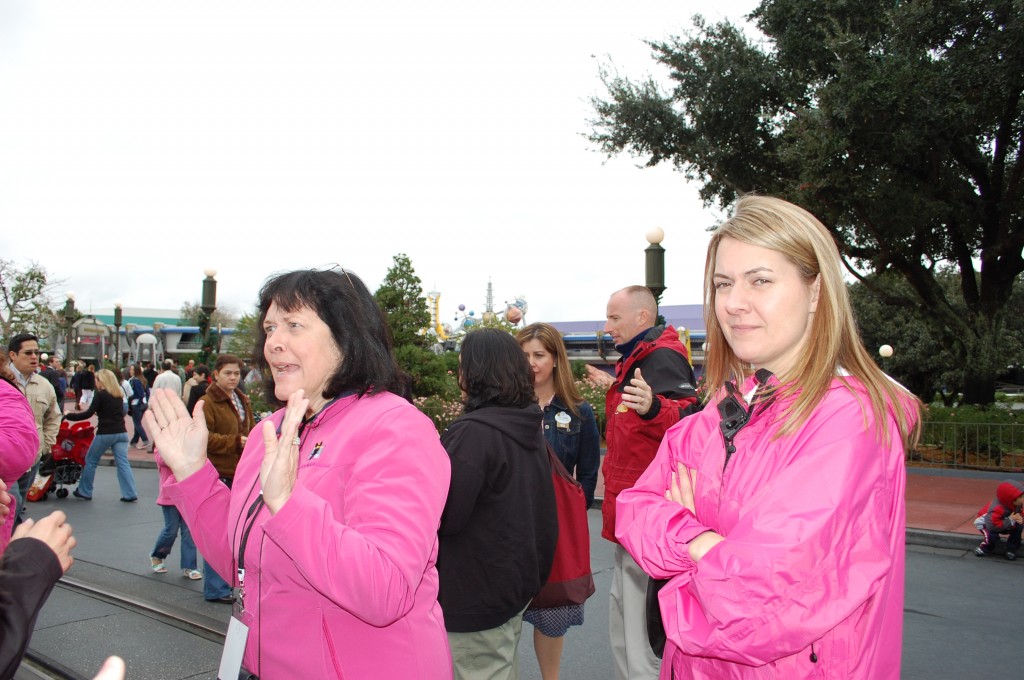 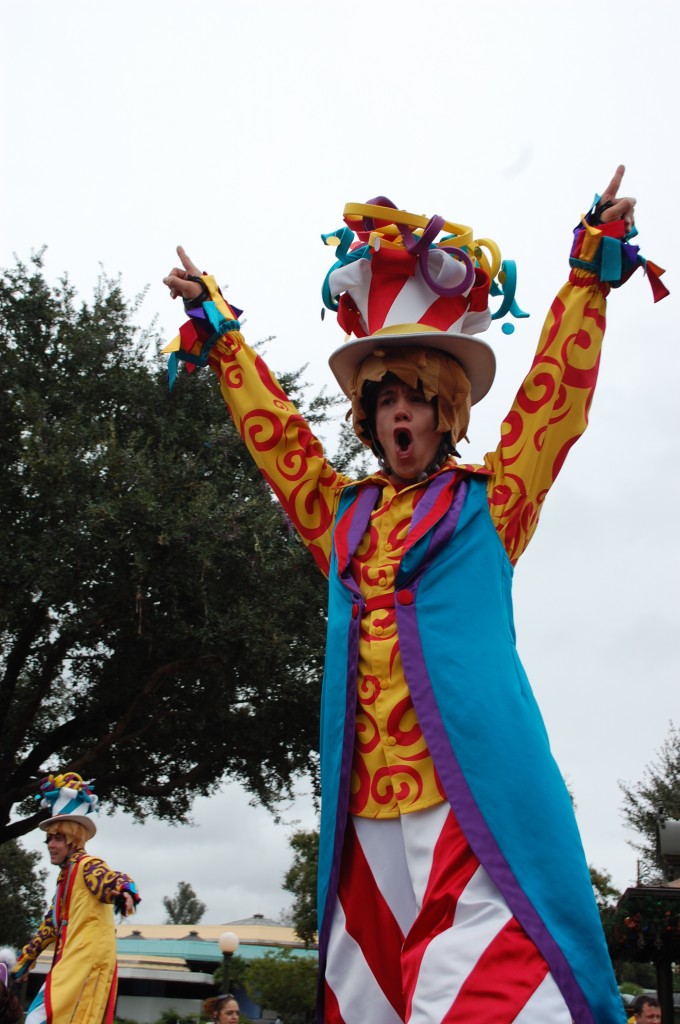 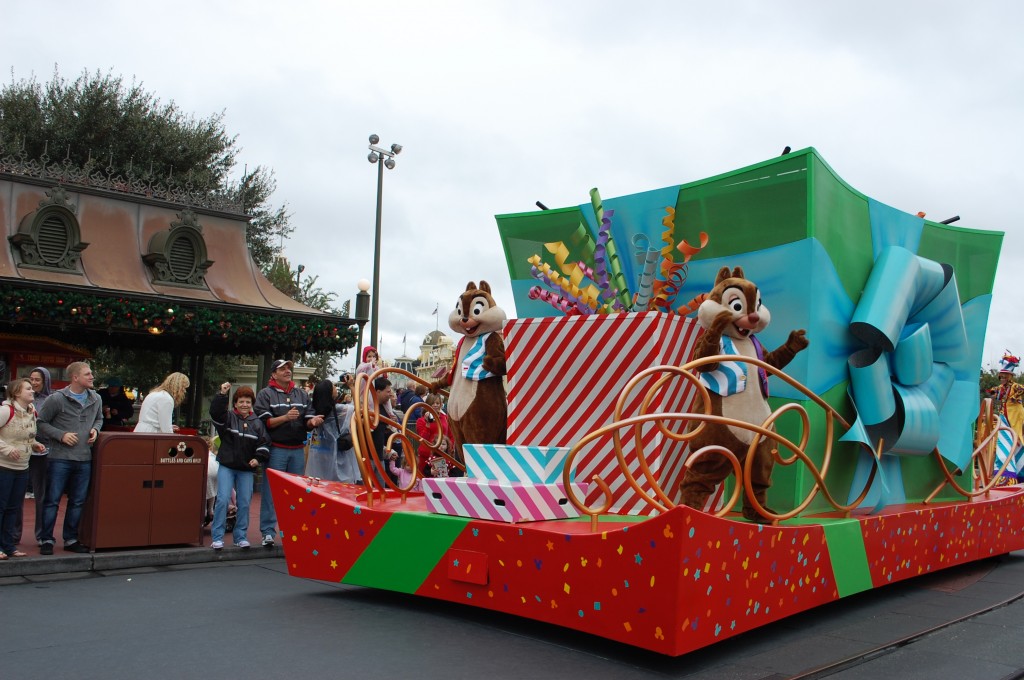 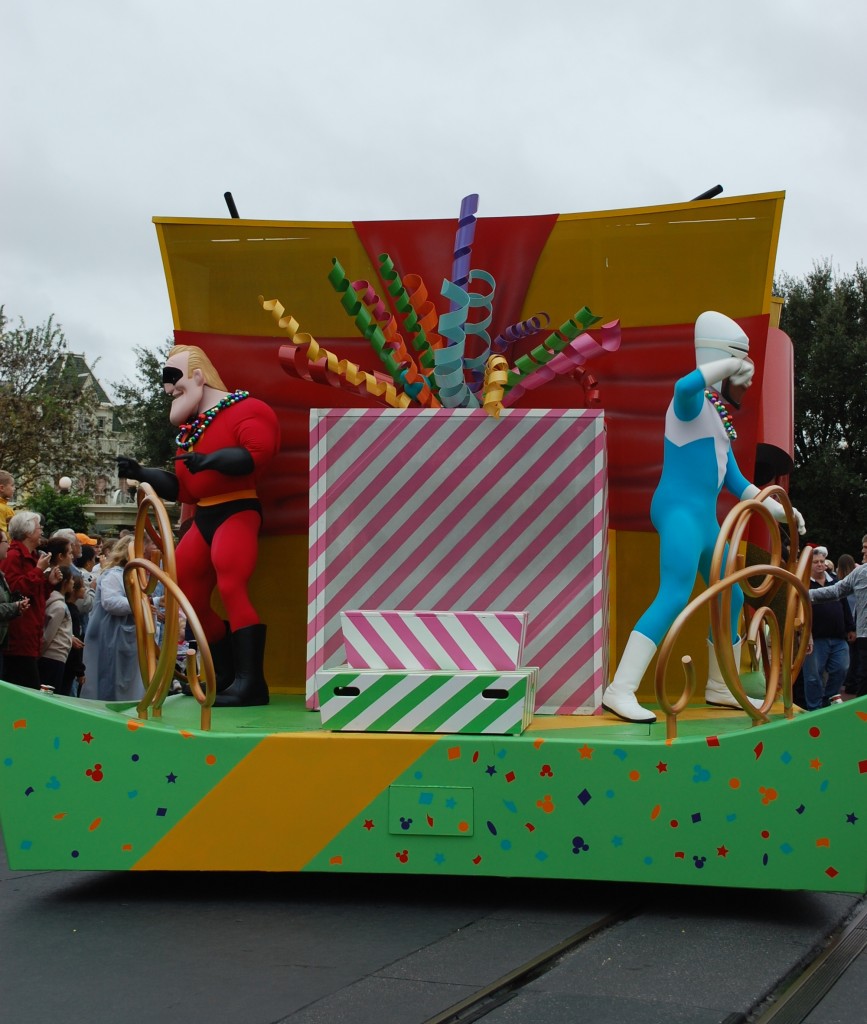 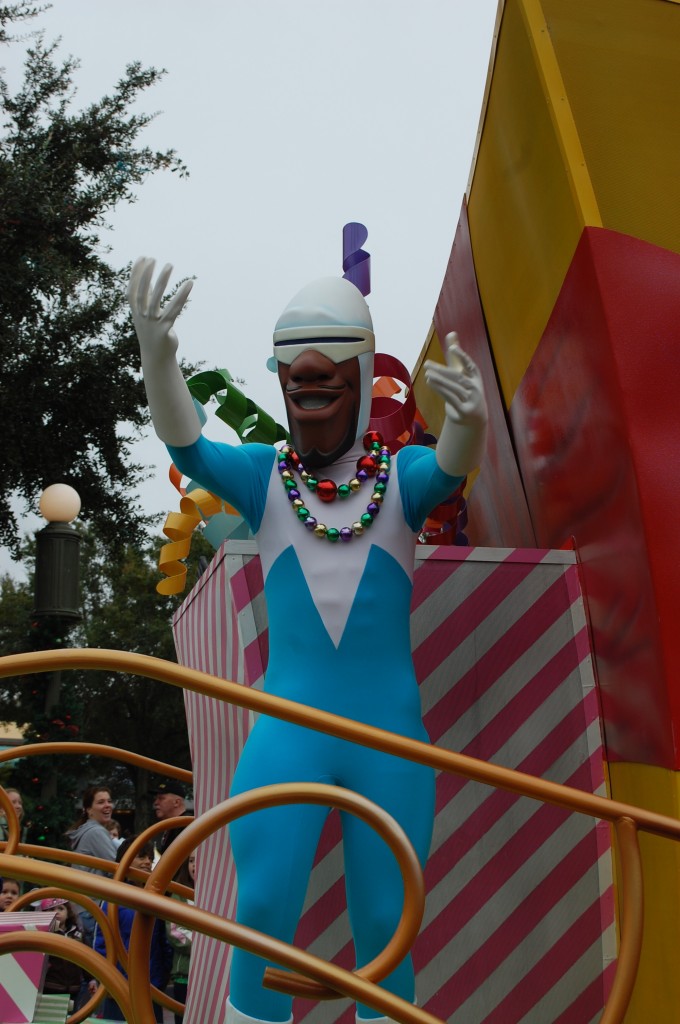 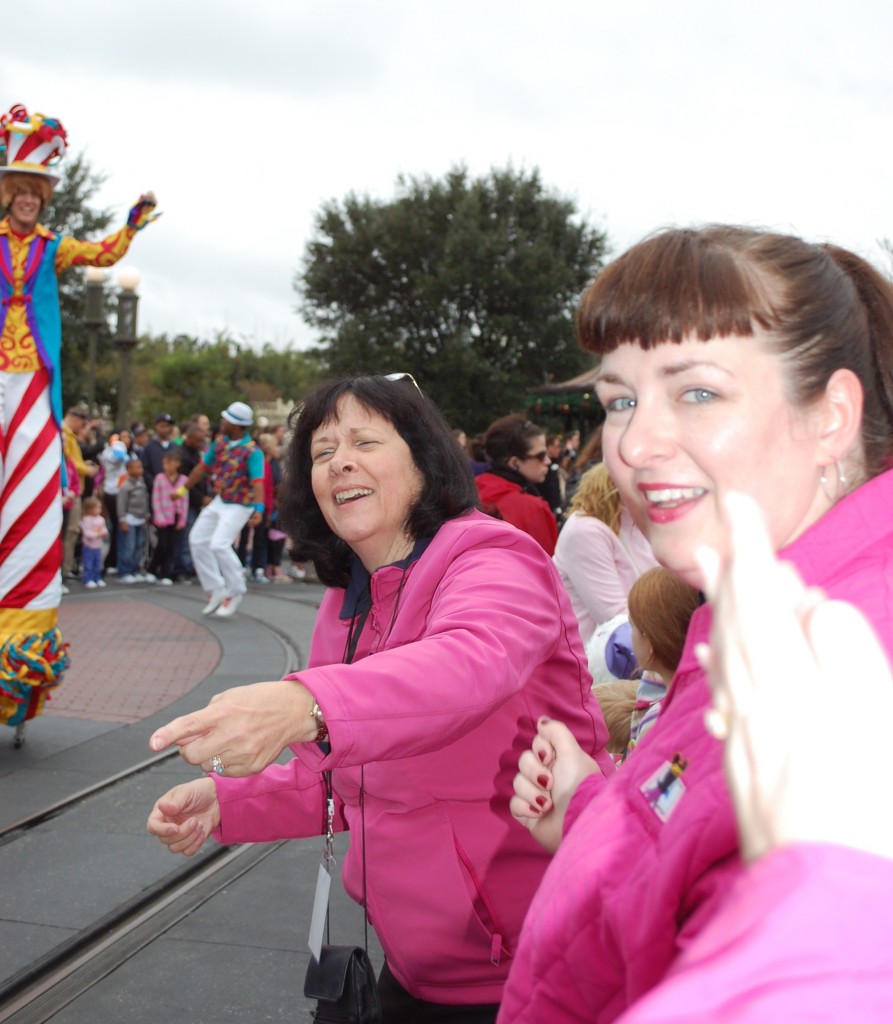 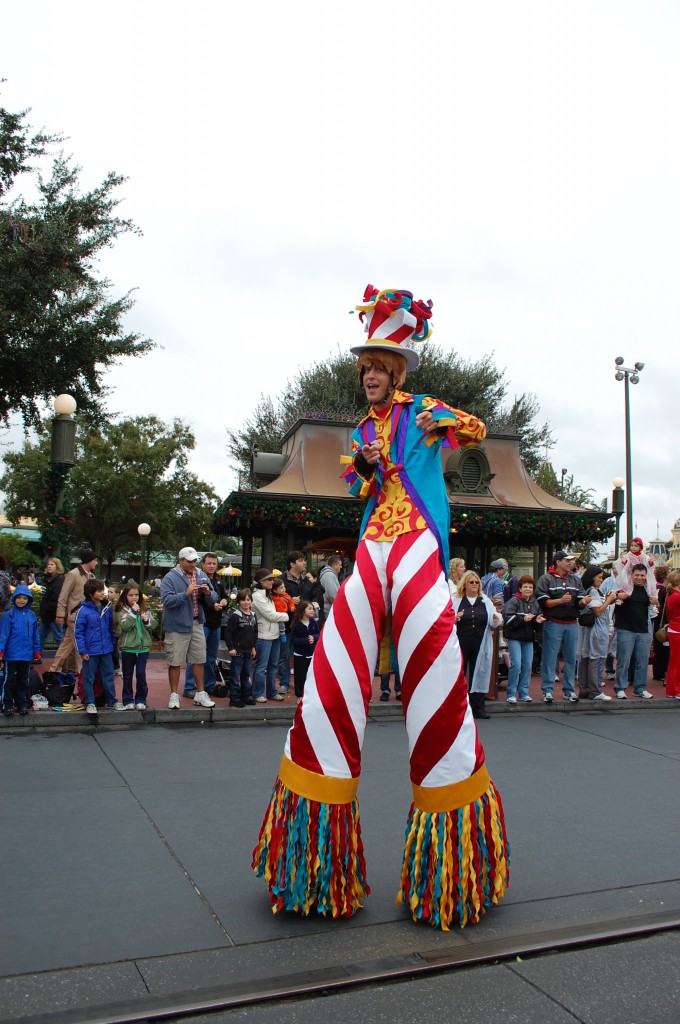 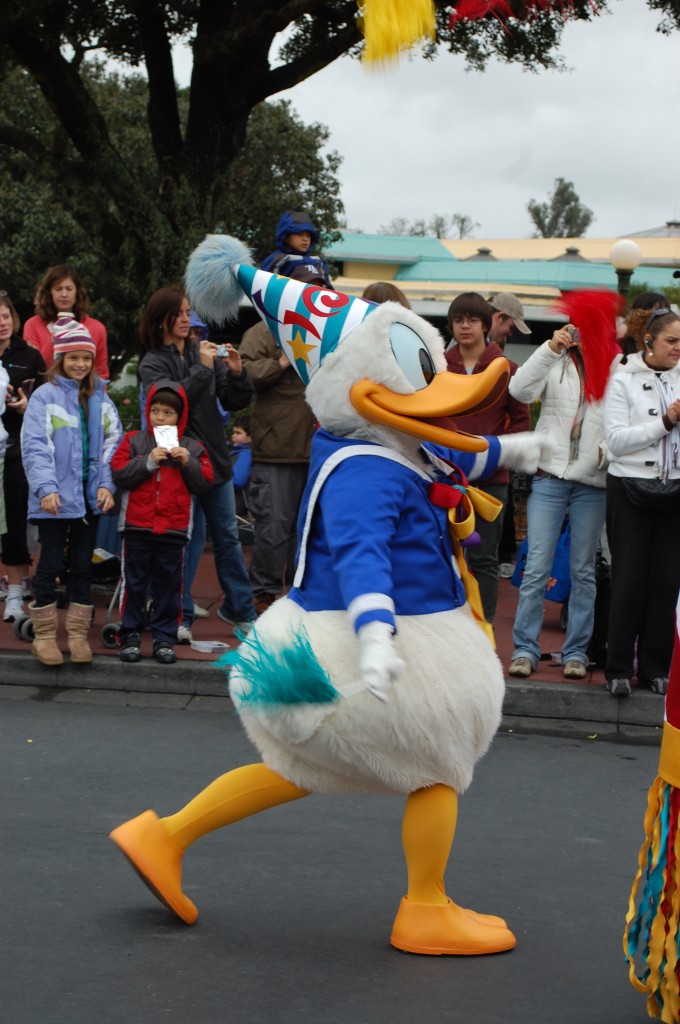 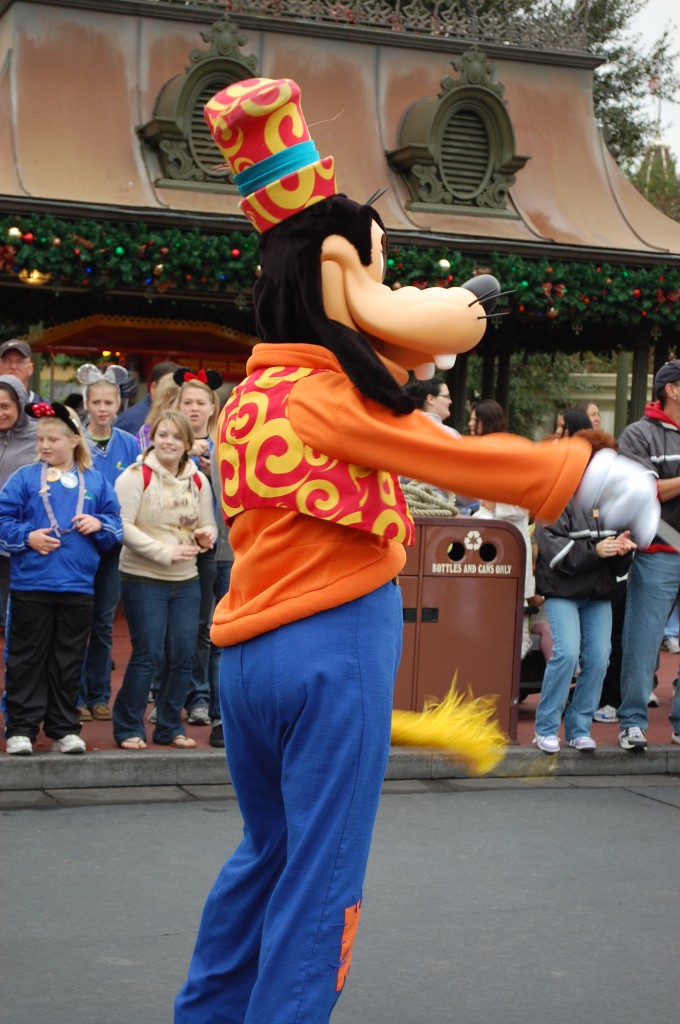 The GENIE!!! I saw him and thought to myself, “Wow…if I were given 3 wishes right now…I wouldn’t be able to come up with even one. I am standing here, at Walt Disney World, living my dream!!!” There was really NO place in the whole world that I would have rather been at that very moment 🙂 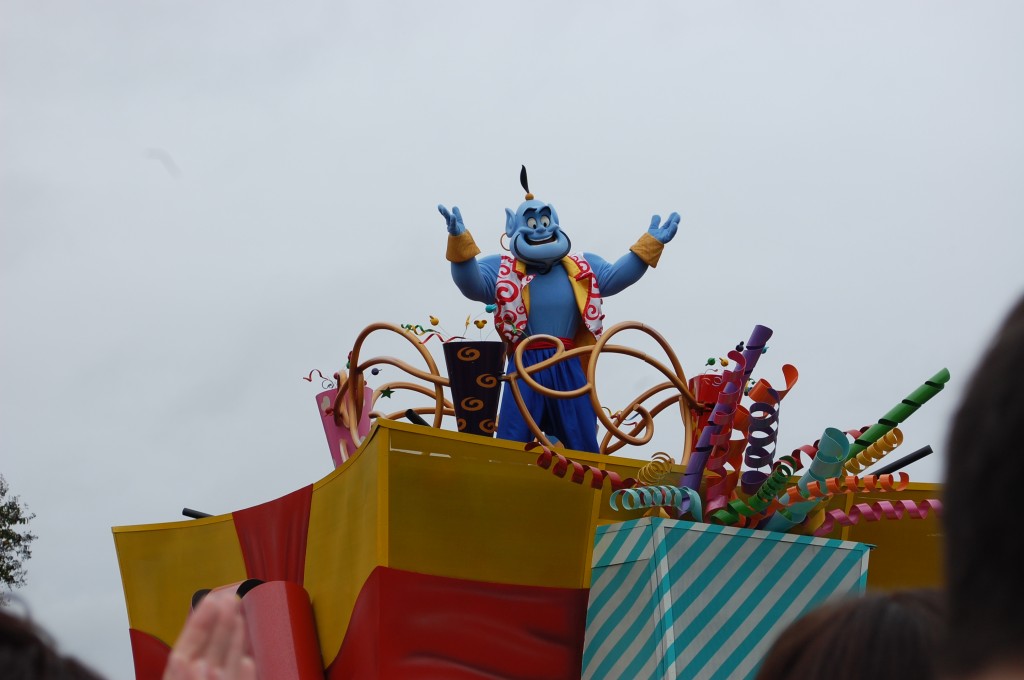 Mickey Mouse spotted the Moms Panel and waved to us. 🙂 Then the guy on the top of the float gave a “Moms Panel Shout Out” and announced us to the crowd. At that point, we joined a conga line, then ended up in the street…as part of the Street Party! It was SO cool!! 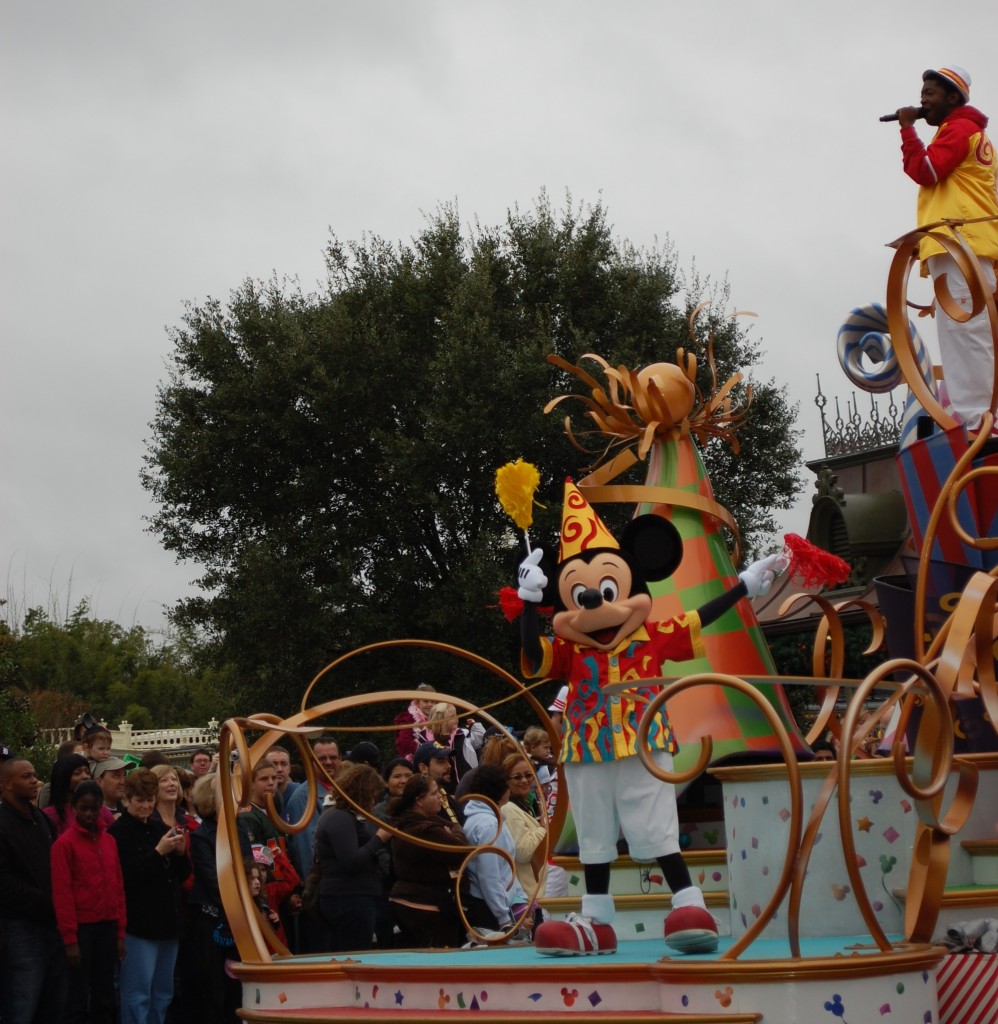 Here we are doing one of the dances with Donald Duck. Note the camera man filming us. We all felt like rock stars 🙂 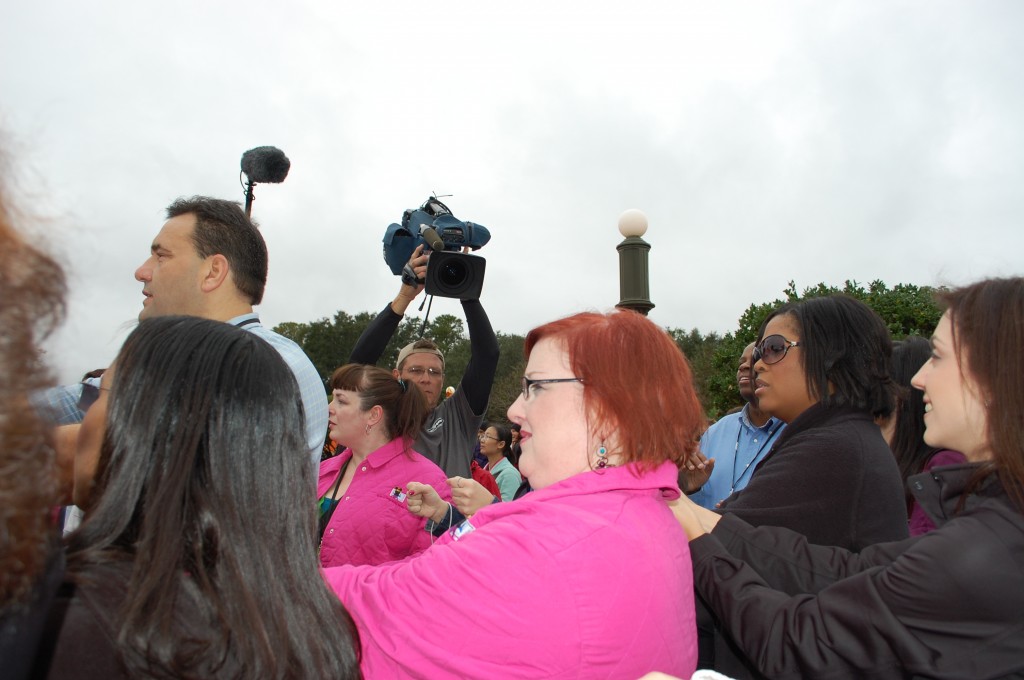 Joel having a blast 🙂 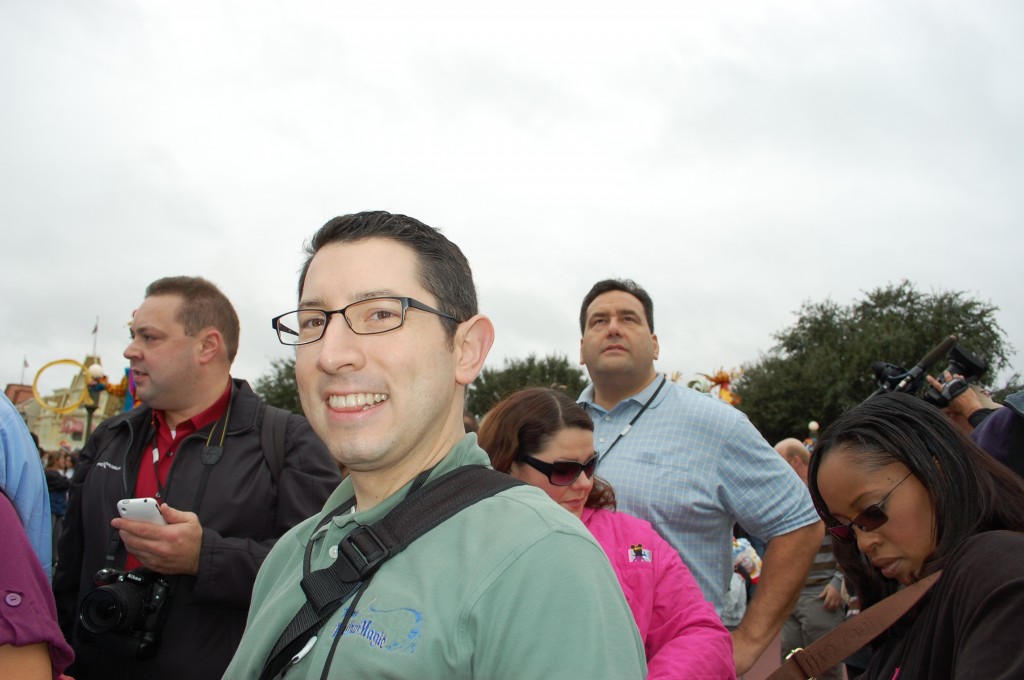 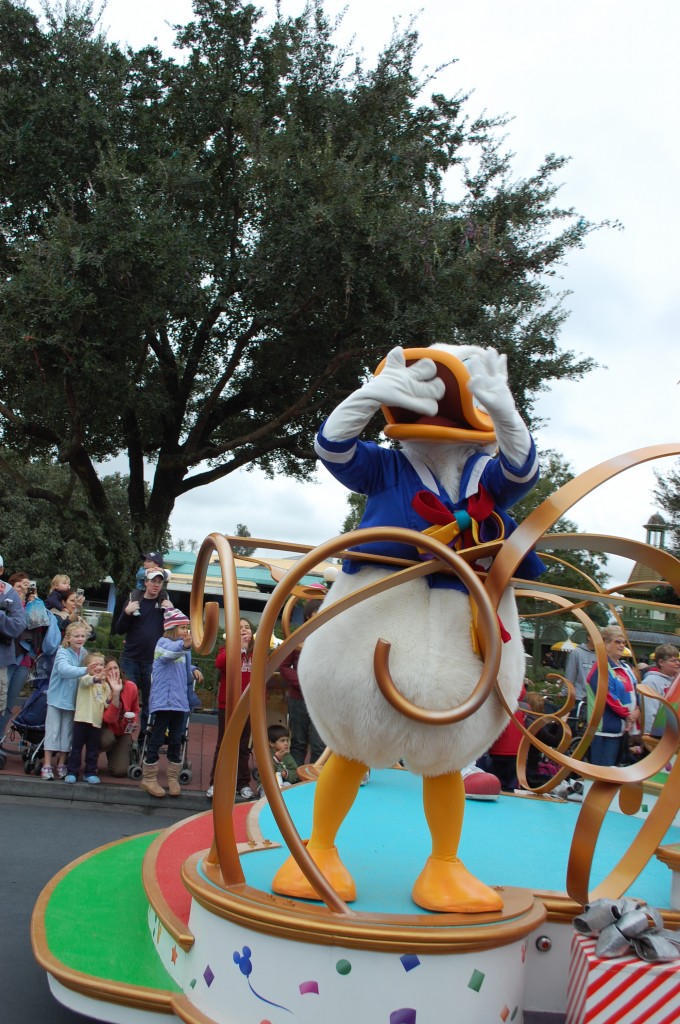 A special hello from Minnie 🙂 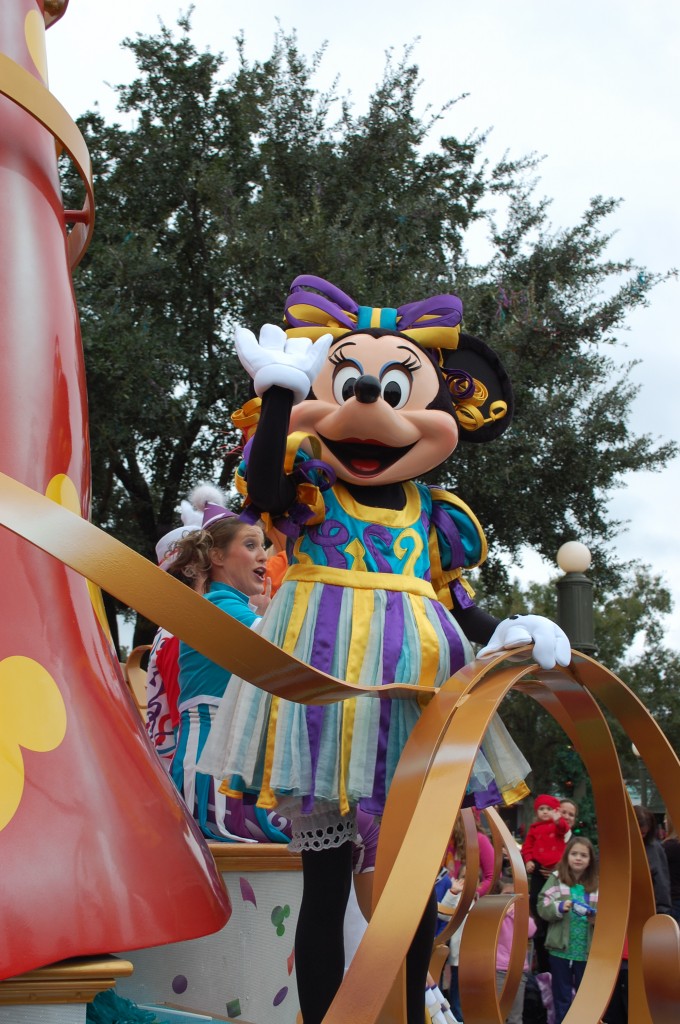 These next 2 shots were from Andi’s photos. They are of our group being filmed after they announced us at the parade 🙂 The Street Party was SUCH a fun event 🙂 Here’s our group after it ended. 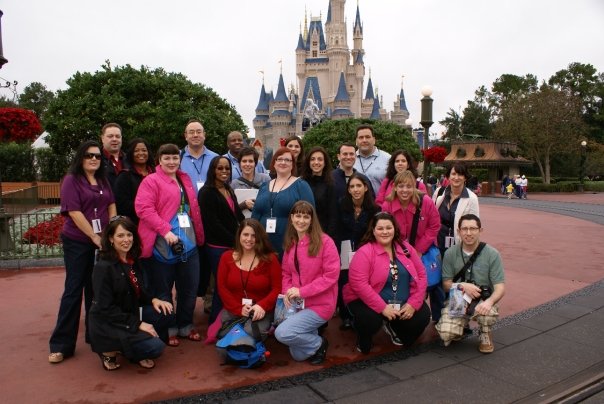 We had some free time after the Street Party, so a bunch of us headed over to try to ride the newly renovated Space Mountain. Unfortunately it wasn’t working, so instead we went on Buzz Lightyears Space Ranger Spin. 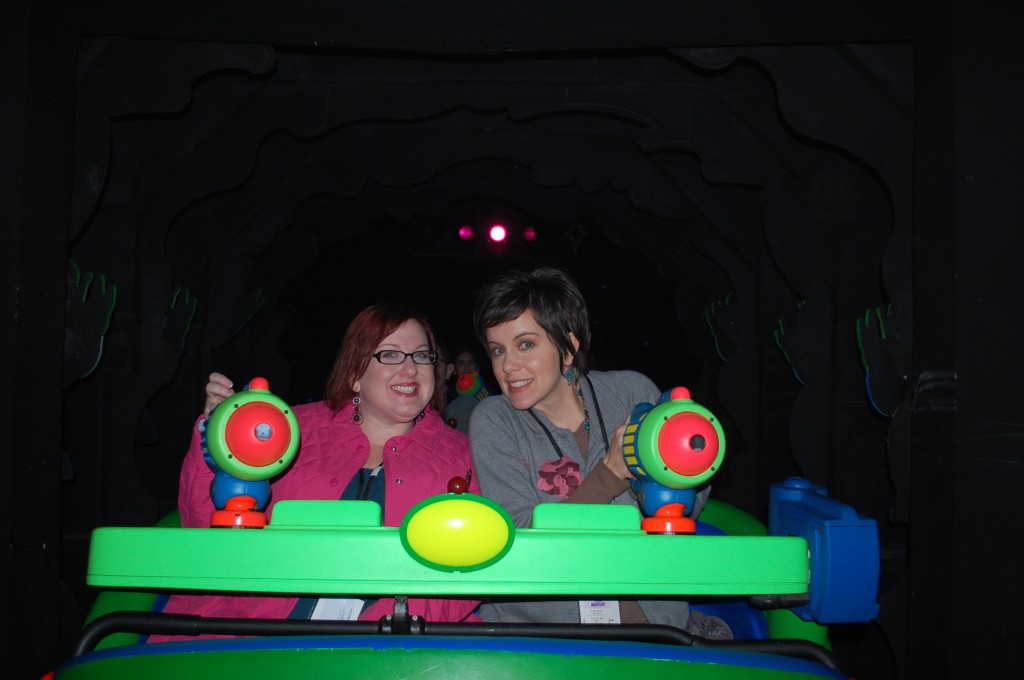 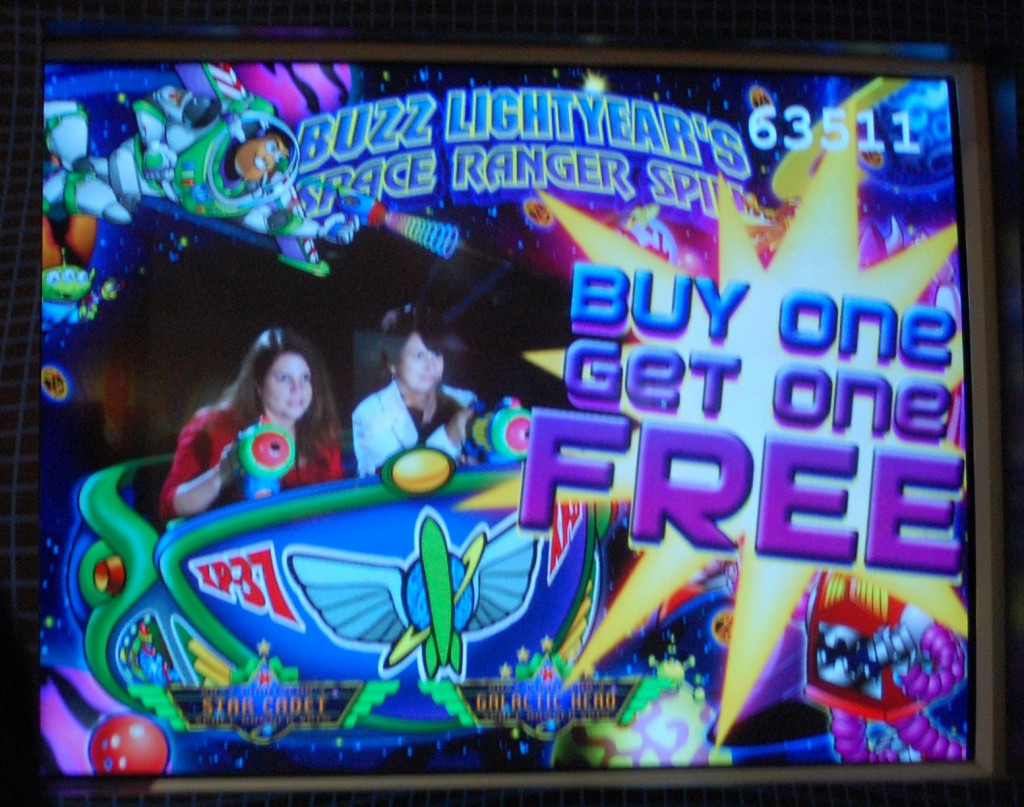 Kathie and I had been talking about heading to Downtown Disney to get ornaments that commemorated the Moms Panel Training Trip. Terry decided to join us too, since he needed to pick up several Christmas ornaments to bring home. I was excited to get to know Terry more. 🙂 On the way out of the Magic Kingdom, I saw these wreaths on the lamp posts…and LOVED them.Â  Mickey and Christmas…two of my favorite things. 🙂 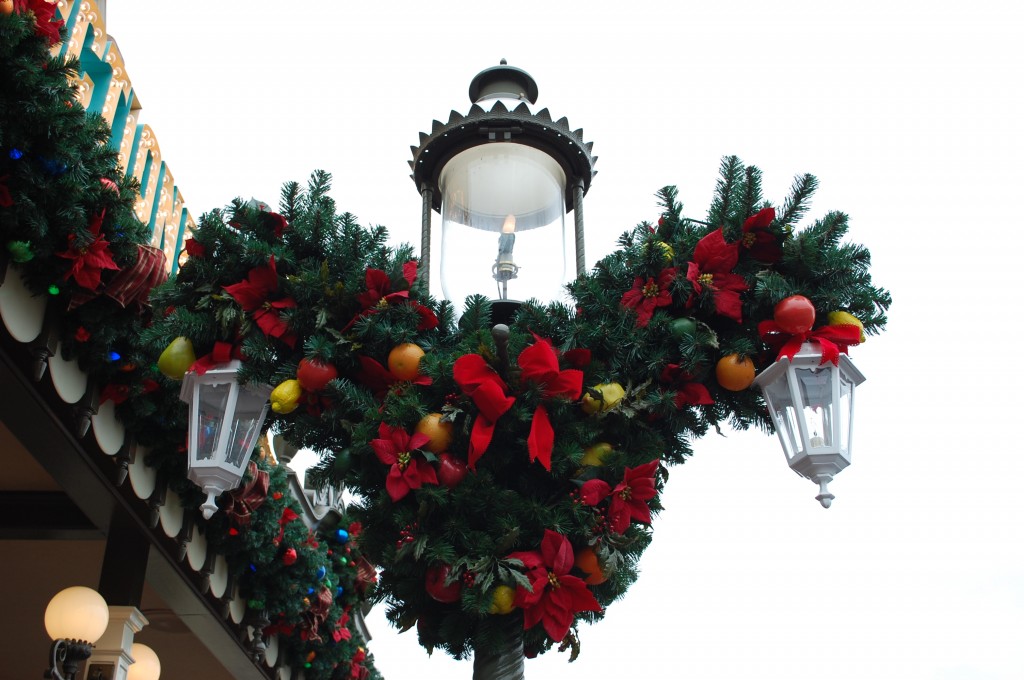 We headed over to the Contemporary on the monorail, I grabbed my coat, and we headed down to the shuttle buses. Here’s Kathie and I, sporting our new Moms Panel jackets. 🙂 SO very happy 🙂 I’ve said this before, but Kathie (my “buddy”) and I are a LOT alike. We share many common interests and I truly enjoyed every single moment with her on this trip of a lifetime. 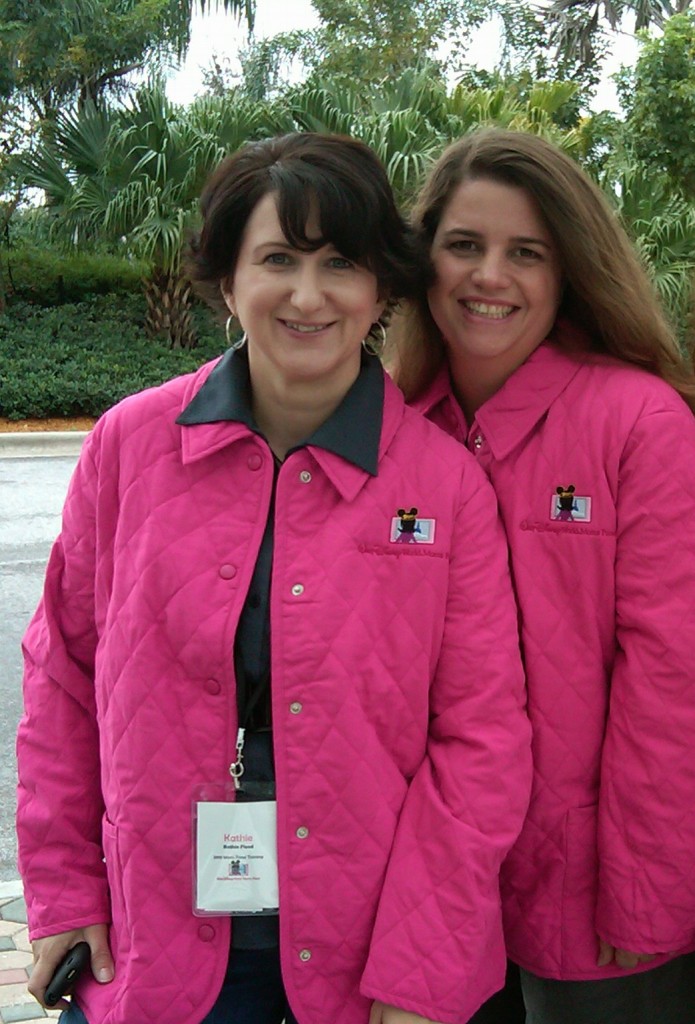 Kathie, Terry and I. 🙂 Side note: I love these 2 people 🙂 In fact, I love all of my new Moms Panel friends. It was SO fun to get to know Terry, he is SUCH a wonderful, genuine guy. He and I chatted several times on the trip about our faith and our families. I am so blessed to have all of these amazing people in my life now. 🙂 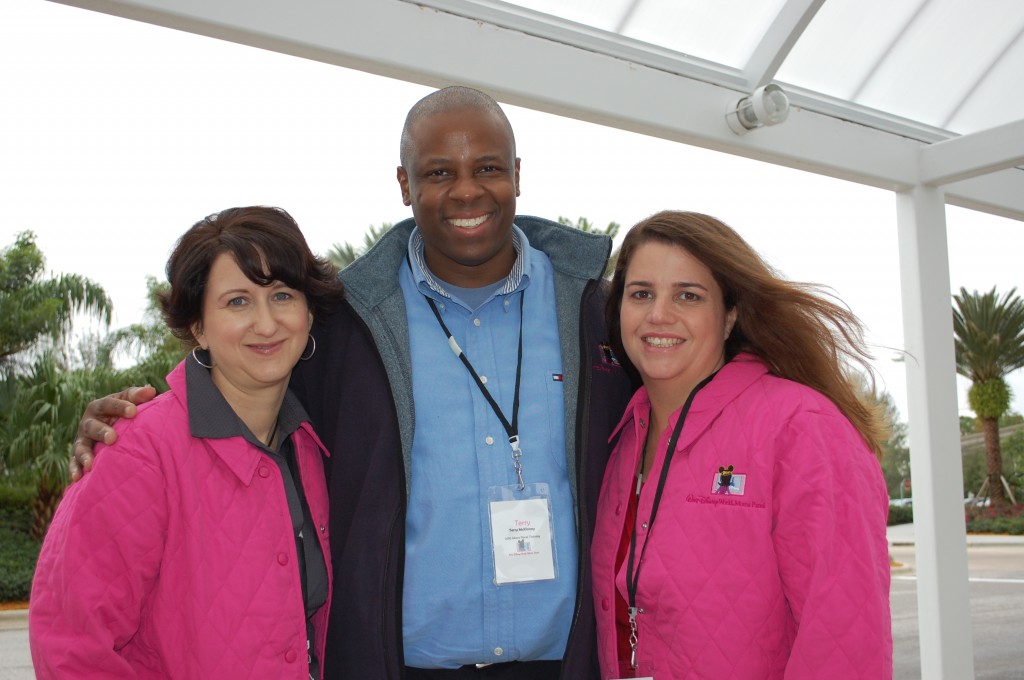 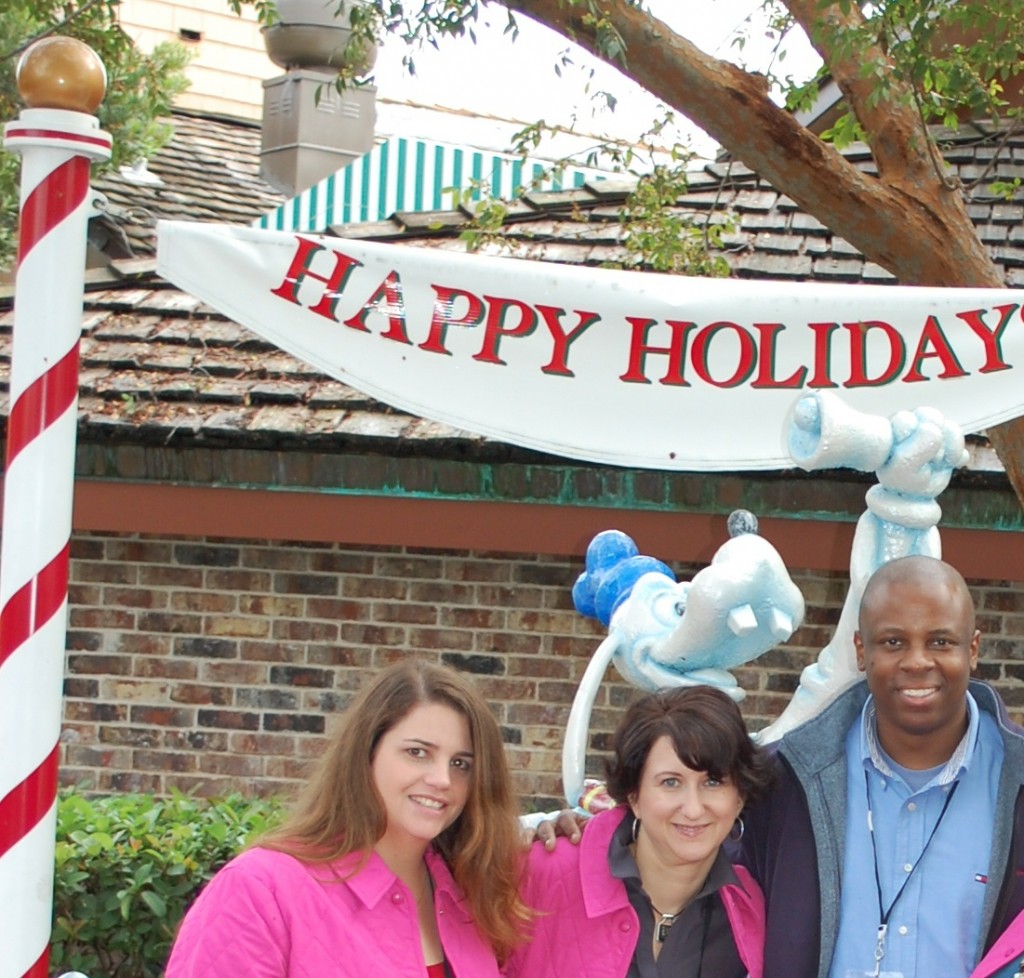 We ended up enjoying lunch at Wolfgang Pucks, then we went to the Days of Christmas Store where we chose special ornaments. Then we wandered over to the World of Disney for a bit before heading back to the Contemporary to get ready for our exciting dinner.