â€œWreck-It Ralphâ€ crashes onto the big screen on November 2, 2012, in Disney Digital 3Dâ„¢ in select theaters. 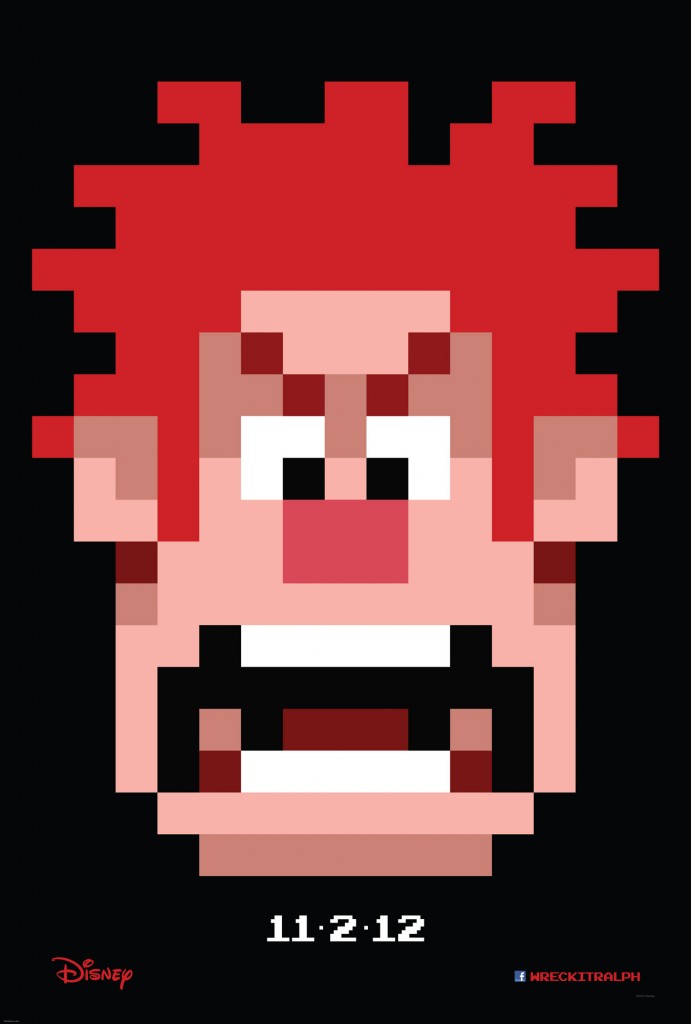 Walt Disney Animation Studios and EmmyÂ®-winning director Rich Moore (TVâ€™s â€œThe Simpsons,â€ â€œFuturamaâ€) take moviegoers on a hilarious, arcade-game-hopping journey in â€œWreck-It Ralph.â€ Ralph (voice of John C. Reilly, â€œTalladega Nights: The Ballad of Ricky Bobby,â€ â€œStep Brothersâ€) is tired of being overshadowed by Fix-It Felix (voice of Jack McBrayer, â€œ30 Rockâ€), the â€œgood guyâ€ star of their game who always gets to save the day. But after decades doing the same thing and seeing all the glory go to Felix, Ralph decides heâ€™s tired of playing the role of a bad guy. He takes matters into his own massive hands and sets off on a game-hopping journey across the arcade through every generation of video games to prove heâ€™s got what it takes to be a hero.

On his quest, he meets the tough-as-nails Sergeant Calhoun (voice of Jane Lynch, TVâ€™s â€œGleeâ€) from the first-person action game Heroâ€™s Duty. But itâ€™s the feisty misfit Vanellope von Schweetz (voice of Sarah Silverman, â€œThe Sarah Silverman Programâ€) from the candy-coated cart racing game, Sugar Rush, whose world is threatened when Ralph accidentally unleashes a deadly enemy that threatens the entire arcade. Will Ralph realize his dream and save the day before itâ€™s too late? â€œWreck-It Ralphâ€ crashes onto the big screen on November 2, 2012, in Disney Digital 3Dâ„¢ in select theaters.