I thought I’d dedicate this blog post to one of my very favorite “scary” attractions at Walt Disney World. The Twilight Zone Tower of Terror at Hollywood Studios is a simulated free-fall and is a â€œmust doâ€ for thrill ride enthusiasts. 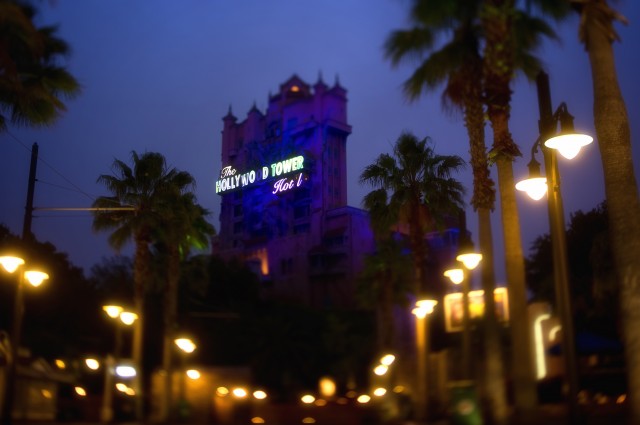 With 13 floors of fright, the Twilight Zone Tower of Terror brings plenty of chills and thrills as you plummet in an out-of-control elevator at Disneyâ€™s Hollywood Studios.

Described by Disney: “Plunge down the dark freight elevator shaft of the once glamorous Hollywood Tower Hotel in The Twilight Zone Tower of Terror, a thrill ride for big kids, teens and adults at Disney’s Hollywood Studios theme park.

Ah, but this is no ordinary hotel. Its phantom elevator is located beyond the fifth dimension, the one that crosses over into The Twilight Zone.” 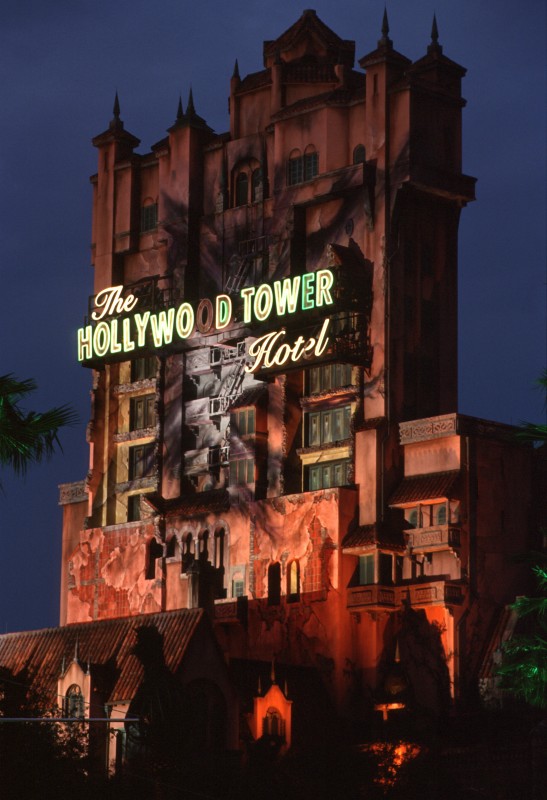 “Classic stars of the silver screen sought rest and relaxation at the grand Hollywood Tower Hotel during the Golden Age of Hollywood. In 1939, during a gloomy Halloween night, 5 unlucky souls were riding down the Hotel’s maintenance service elevator when a violent storm struck the buildingâ€¦ and they were never seen again. Black scorch marks still scar The Twilight Zone Tower of Terror facade where lightning left its autograph.” 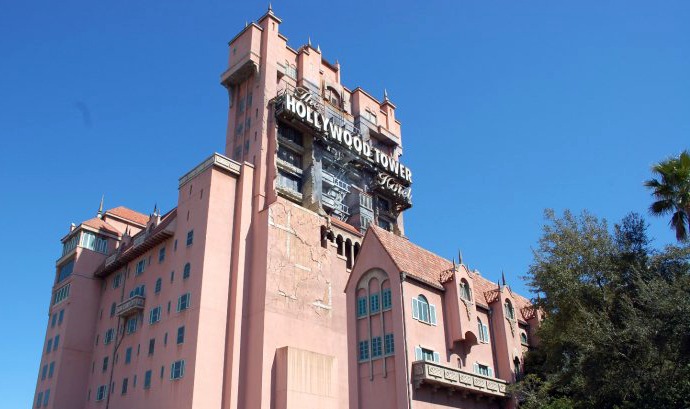 “A ride on the ‘fright elevator’ beyond the eerie boiler room in the hotel basement could be down, then up, or maybe down again, or up and upâ€”every experience is different and randomly selected by the Tower itself. There’s no way of knowing which direction you’ll go on the Twilight Zone Tower of Terror.

Step aboard, if you dare. You’re about to discover what lies beyond the deepest, darkest corner of the imagination.” 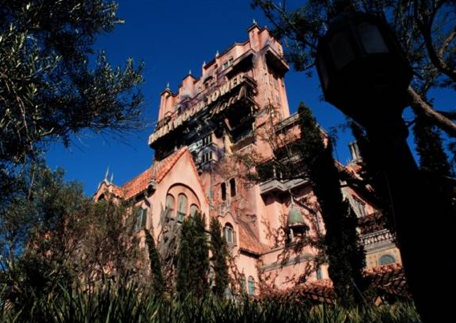 Guests must be 40 inches (102 cm) or taller to ride this thrilling attraction. As soon as our children were tall enough, we brought them on it. Rest assured that you are sitting down and there are individual seatbelts for each rider. One of our daughter’s rode it at 5 years old and she talked her Granny into going with us. While Granny held on for dear life, our little girl had her arms up in the air the whole time. She’s been a little dare-devil ever since. Contrarily, our youngest daughter first rode Tower of Terror when she was only 4 years old. Here she was after her first time… 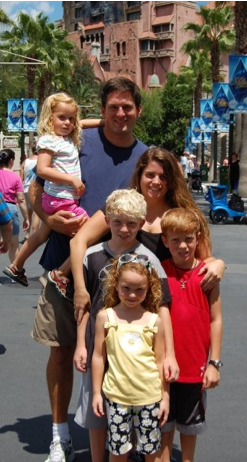 Disney World has so many priceless memories to be made. Some of them, just happen to be a little spookier than others. Next time you are in Hollywood Studios, be sure to ride Tower of Terror for me!