Erin has been a part of the Moms Panel since the very beginning,Â having joined during the Inaugural Panel of 2008. Since that date, she has answered more than 8,300 questions and she loves spreading pixie dust every bit as much today as she did 5 years ago!

Erin brings a wealth of knowledge to the Panel. She has been a Disney Vacation ClubÂ Member for more than a decade. In addition to traveling to Walt Disney World countless times, she hasÂ visited Disneyland, Disneyland Paris andÂ the Disney Vacation Club resorts at Vero Beach and Hilton Head. She has set sail with Disney Cruise Line onÂ Caribbean and Mediterranean voyages.Â In addition, she hasÂ taken three trips with Adventures by Disney:Â Costa Rica, Barcelona Escape, and Mediterranean Magic. A Mom of 3 beautiful daughters, Erin is always in the process of planning more magical Disney memories for her family. 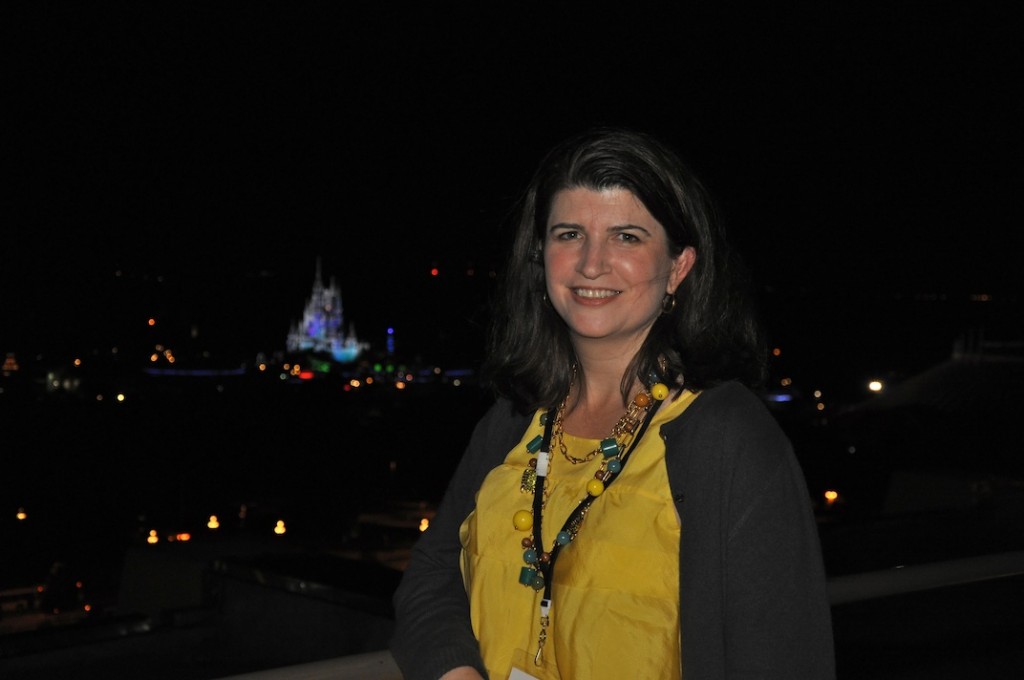 I first met Erin during my Moms Panel Training Weekend in December, 2009. ManyÂ Alumni Panelists joined us for dinner in the Napa Room at the California Grill one evening. Here areÂ Suzannah and Erin that night. 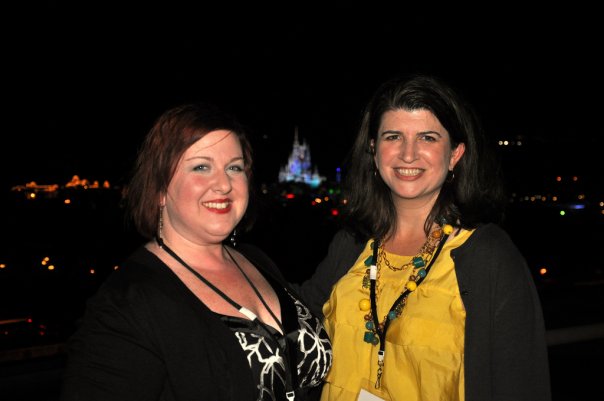 That was such a fun night! Here’s Erin chatting with Bernie. It just so happens that they have formed quite a tight friendship since that day. 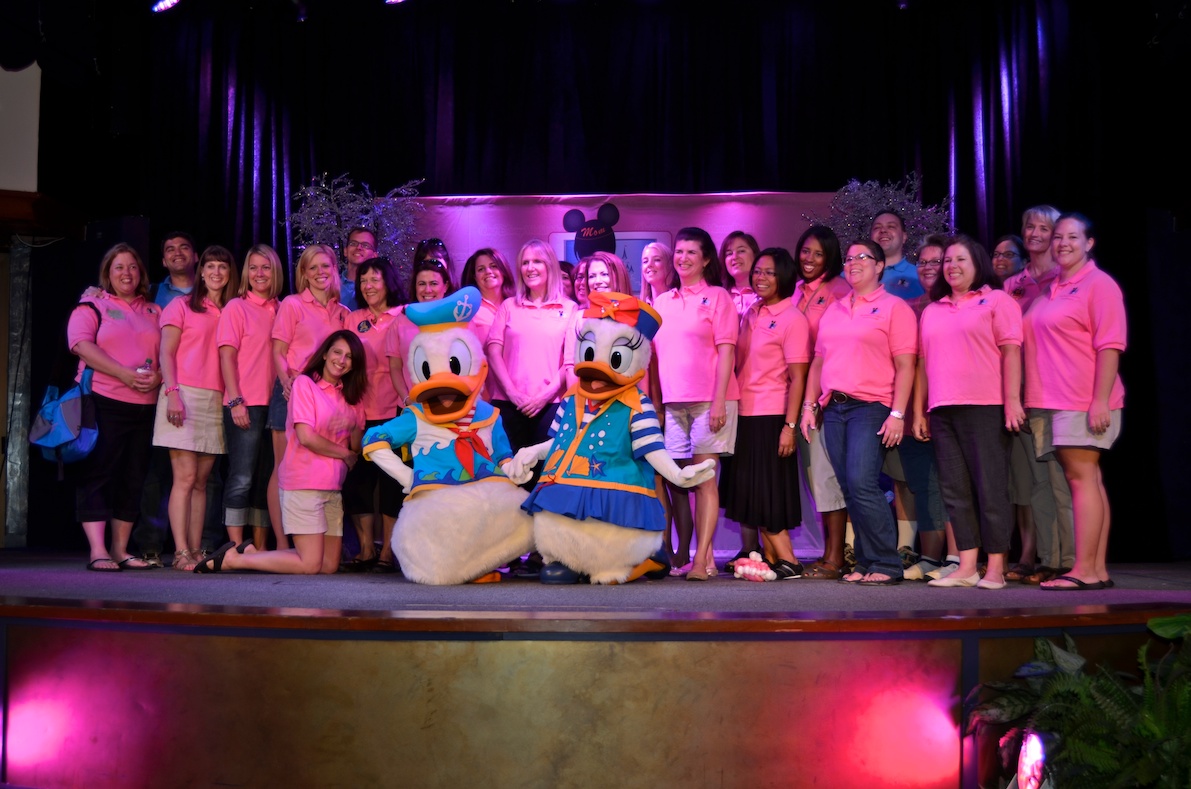 We had our photos taken withÂ Mickey and Minnie at Epcot one morning. 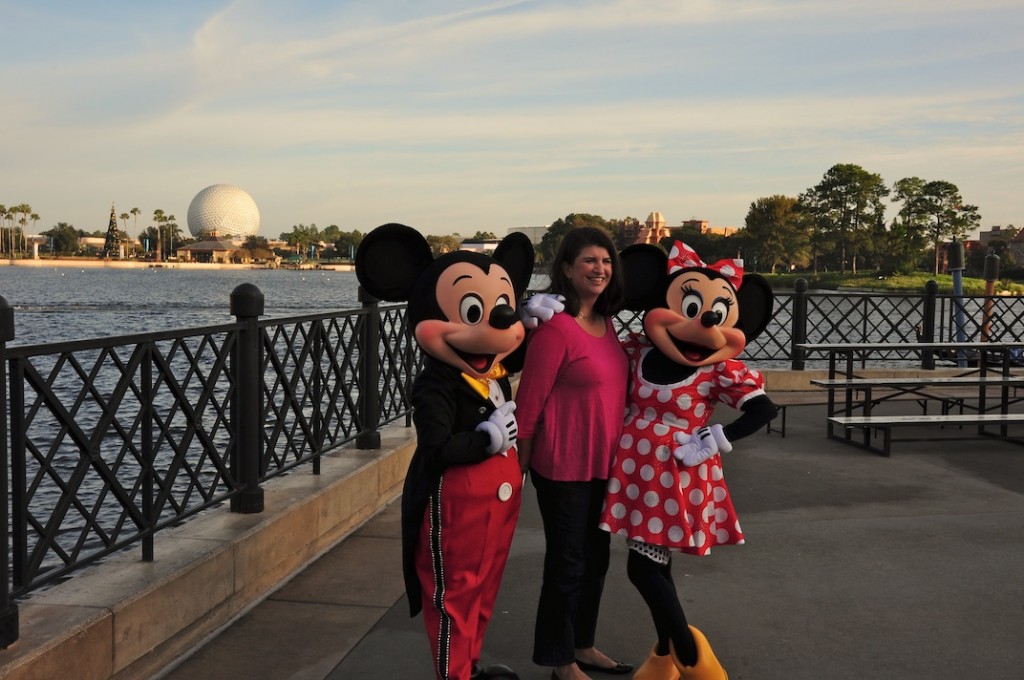 I love this photo that Marc took of Erin and Mickey. 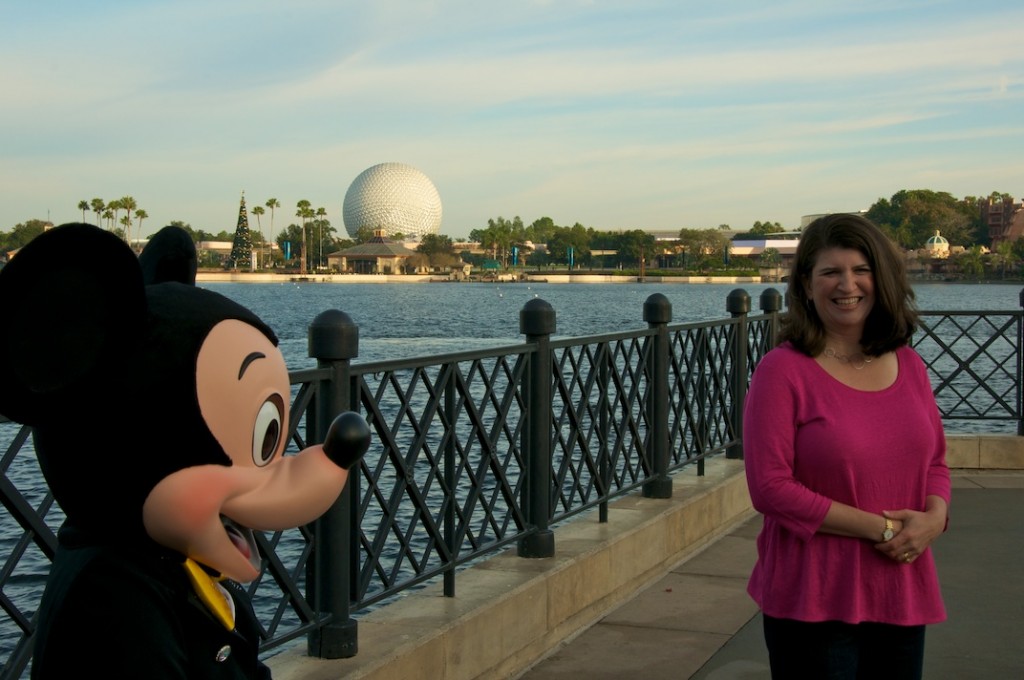 The next time I saw Erin was for our Moms Panel Reunion in October, 2010. The wonderful Innoventions team catered a lunch for us upstairs in the Coral Reef. Marc took this photo of the 2008 Panelists who were in attendance. Back row: Erin, Beth, Michelle, Heather M. Front row: Bret and Darcie 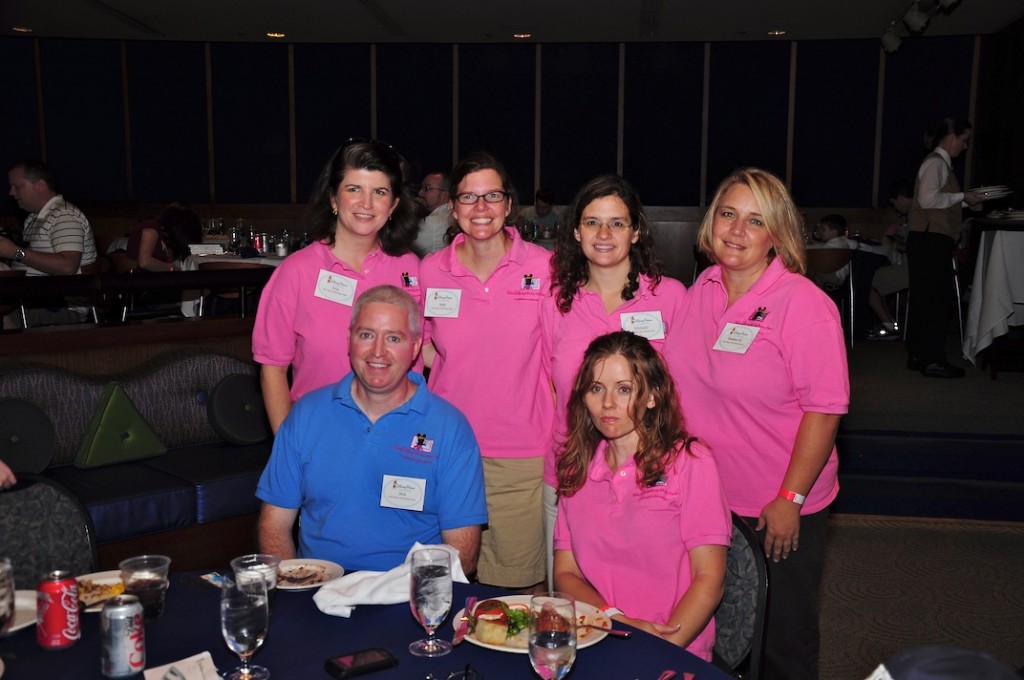 That evening, 87 of us dined at Teppan Edo with our families. We had such an awesome time. Erin’s tableÂ includedÂ Bernie along with Anna, Michelle and theirÂ families. 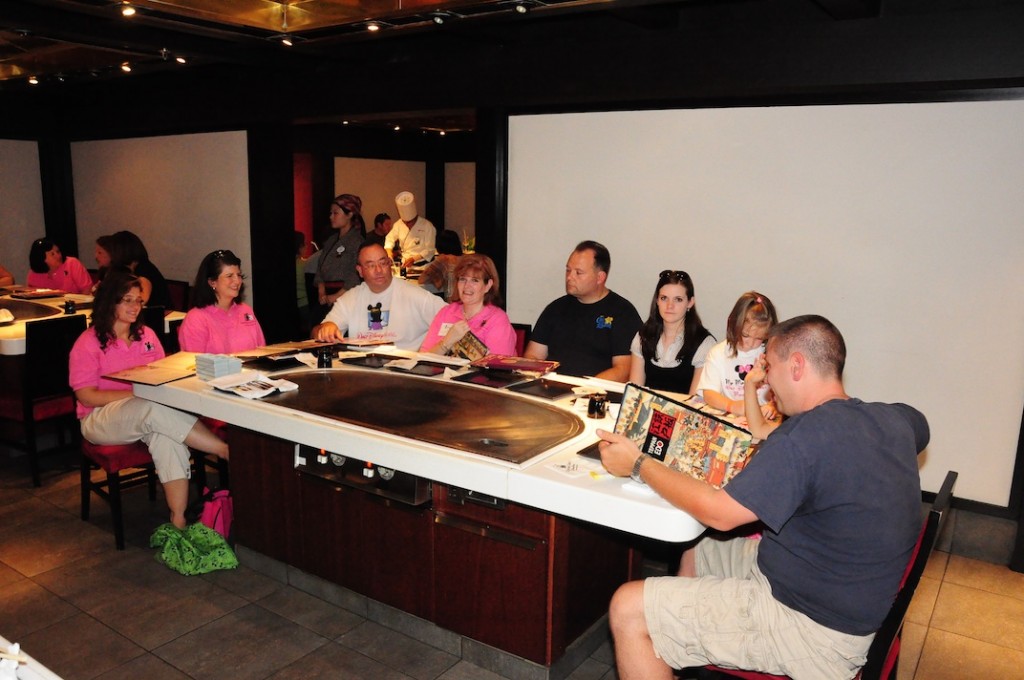 One evening a big group of us attended Mickey’s Not-S0-Scary Halloween Party together and my family spent several hours with Erin that night.

On April 6, 2011, a group of us were invited to a Disney Cruise Line event at The Lighthouse at Chelsea Piers in New York City. We had a magical lunch together as weÂ learned that Disney Cruise LineÂ will be setting sail from “the Big Apple” in 2012. 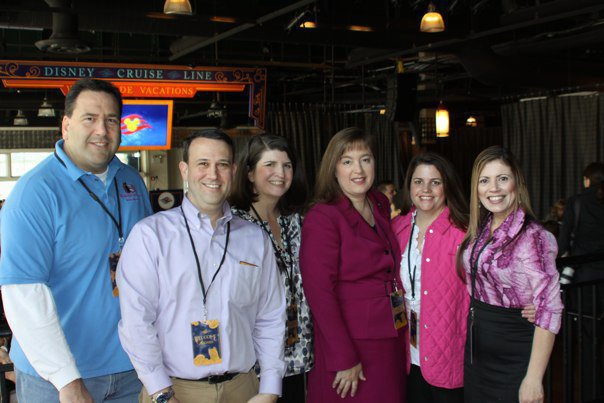 Erin,Â Jill and I enjoying the 2012 Itinerary Announcement. 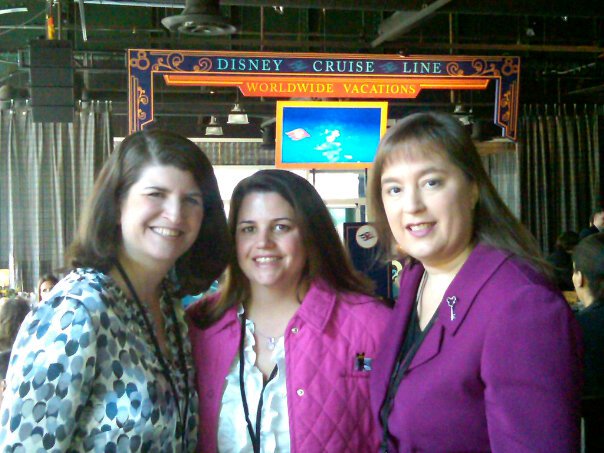 It was SO cool to hang with Mickey and my fellow Moms Panel friends in New York City and I hope to be able to enjoy a Disney Cruise from there someday. We all enjoyed getting to know Kim Orlando (from TravelingMom.com) at lunch as well. 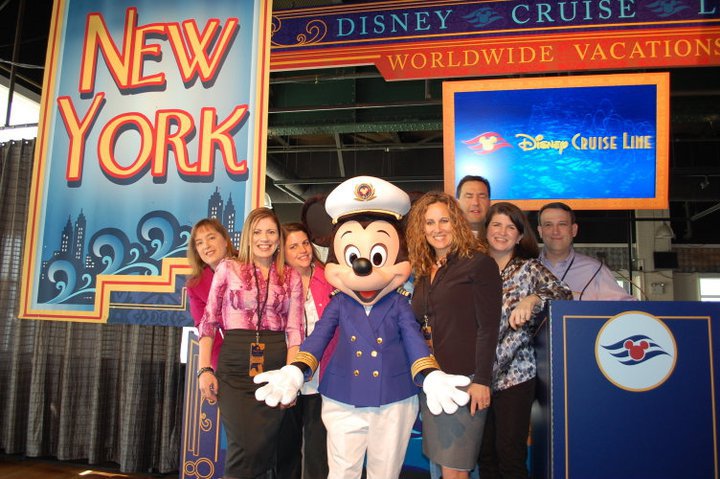 The next time I saw Erin was during the 2011 Moms Panel Reunion last Fall. Several of usÂ had the opportunity toÂ Dine with an Imagineer at the Hollywood Brown Derby. Erin and her daughter were there along with Tron, Amanda A, AJ (from The Disney Food Blog), Marc, Kathie and I.Â Our ImagineerÂ happened to be Disney’s librarian, which Erin in particular found to be fascinating (since she is a former research librarian herself). 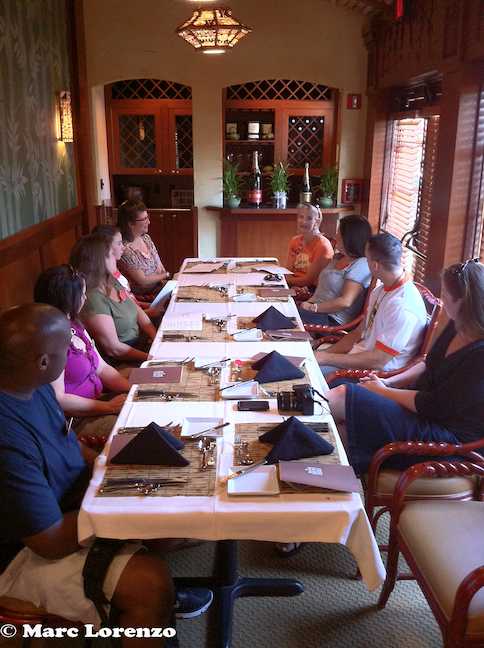 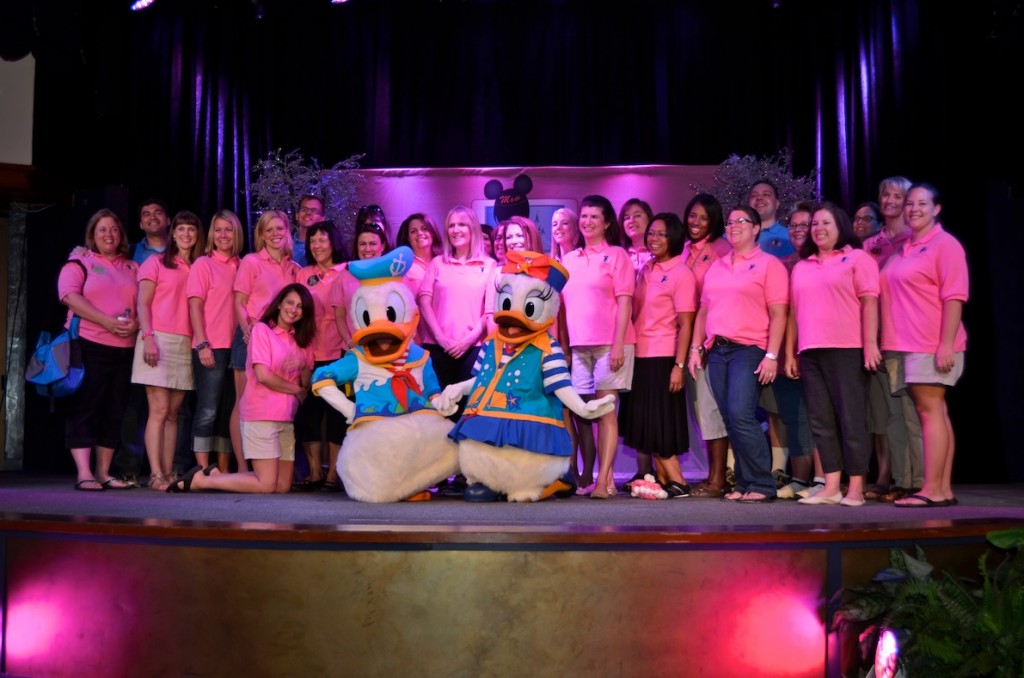 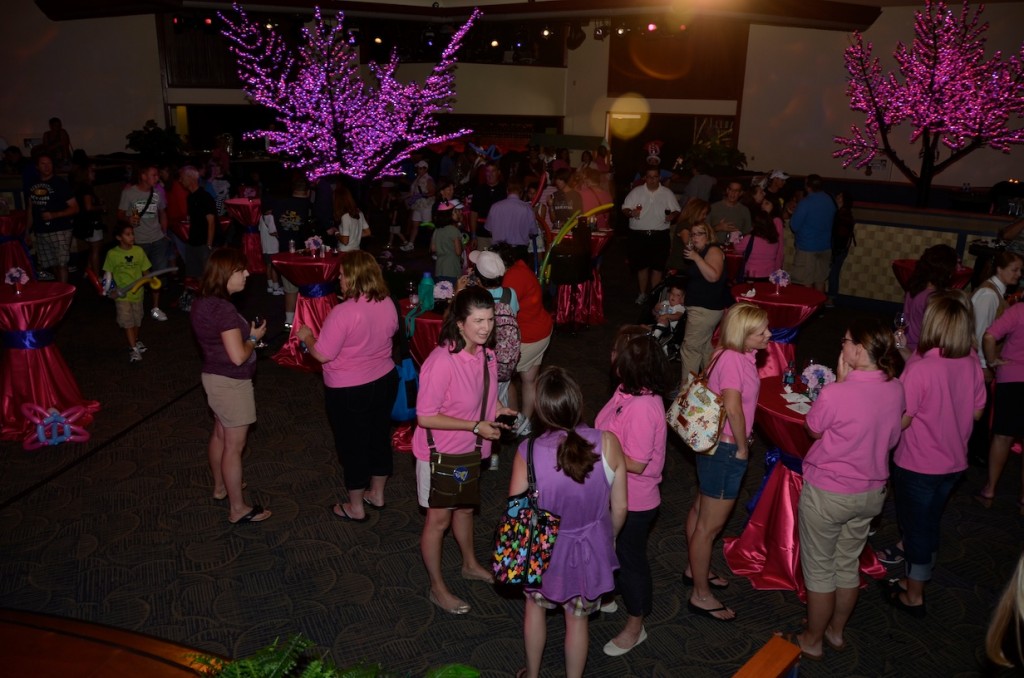 Erin and Kim L…two “original Moms” who are always ready to help answer any questions that new Panelists may have. 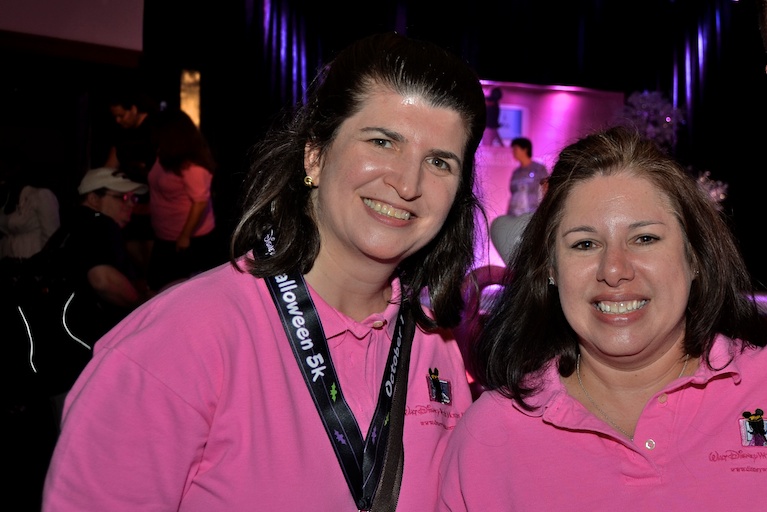 Our big group dinner last year was for 98 people at Les Chefs de France. This was an amazing meal and the restaurant did a fantastic job handling our group. 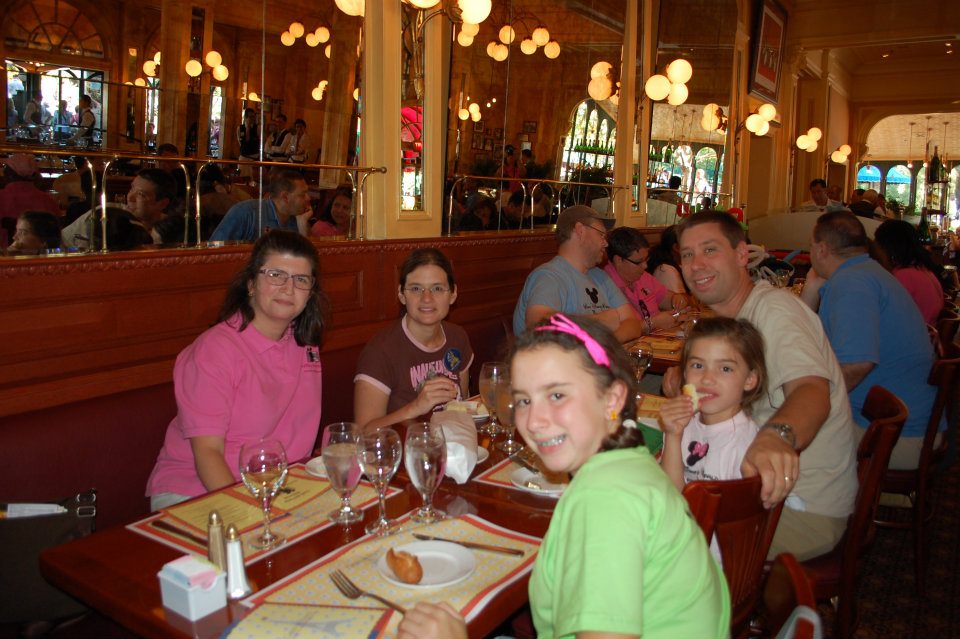 I was lucky to be able to head back to Disney World a few months later in December to welcome the newest Members of the Moms Panel Family. Erin was there as well. During the New Panelist / Alumni Cocktail Reception, Laura asked a representative from each year to share a few thoughts. ErinÂ started off theÂ toast. 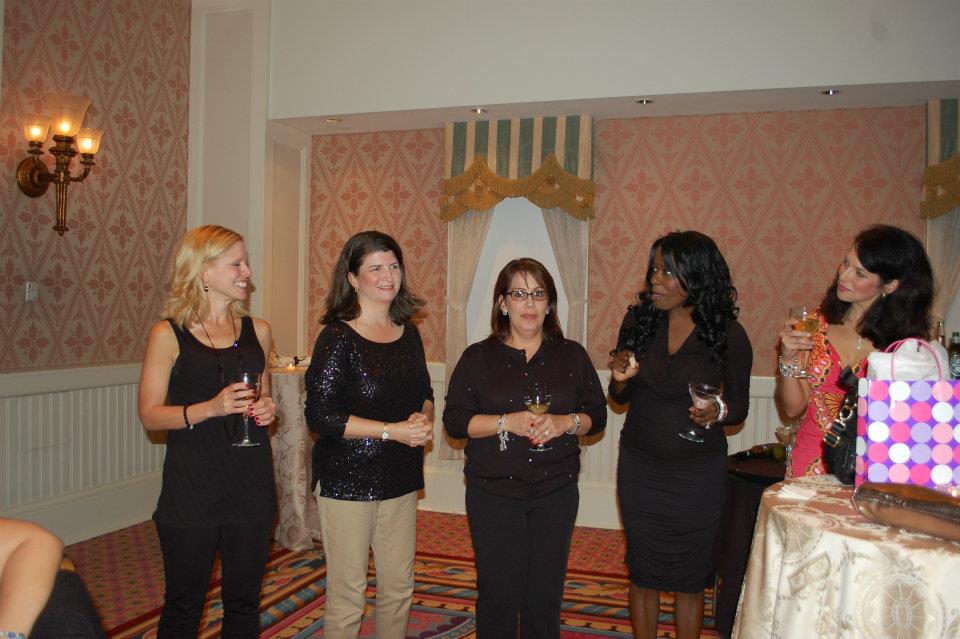 In addition to helping guests plan their vacations through the Moms Panel, Erin isÂ  a regular contributor to The Disney Food Blog (DisneyFoodBlog.com) and Touring Plans (touringplans.com).

To say Erin is a HUGE Vinylmations fan would be the biggest understatement ever! She has the most impressive collection I’ve ever seen.

My heart was deeply touched when Erin sent me this necklace this past Christmas. She included the sweetest note about how she considered me a “Guardian Angel” of the Panel and it brought a great many tears to my eyes. I will cherish the necklace forever and I can’t thank her enough for the sweet sentiment. 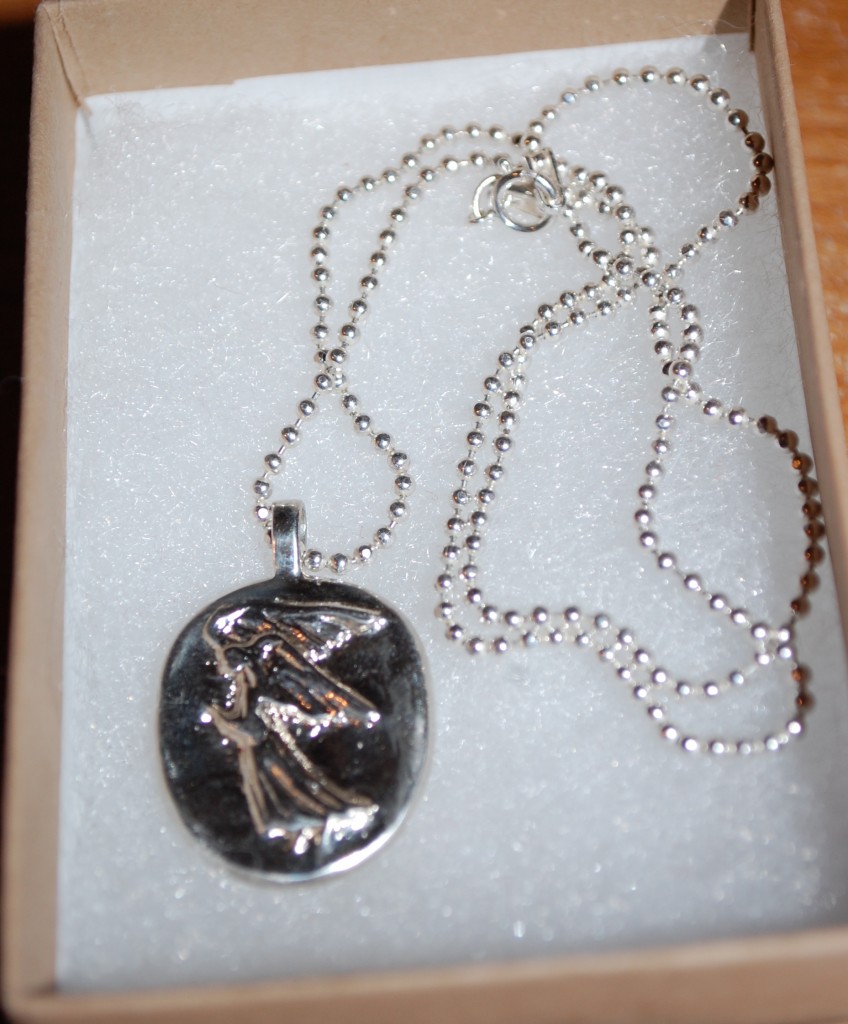 I can only think of one thing that I would change about Erin. 😉 I believe this photo will speak to her one “flaw” the best… 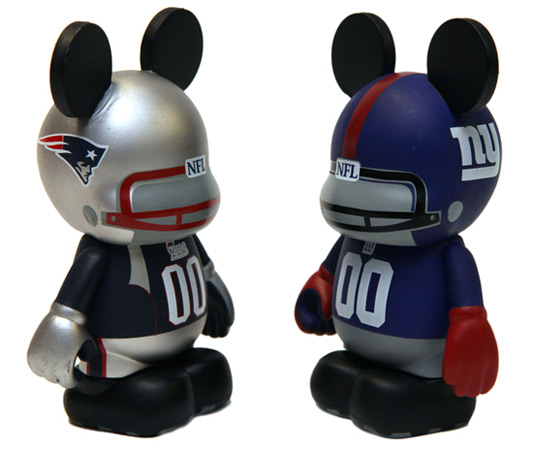 Alas, Erin is a Giants fan. 😉 I hope my Patriots will see her Giants back in the Super Bowl again next year.

For help planning your Disney vacation, be sure to stop by the Moms Panel!

Want to get to know some more Walt Disney World Moms Panel Moms & Dads? I share a different Panelist with you each Monday! Hereâ€™s the link to all of them so far: http://www.memorymakermom.com/category/disney-moms-panel-monday/