WOO HOO!! I finally get to share a bit about my buddy Wes with all of you! When the 2011 Moms Panel was selected last year and we started learning a bit about our newest family members, I quickly found that Wes and I share something in common. I’m not talking about the fact that we both say “Woo Hoo!!” all the time either. 😉 Wes and IÂ are both blessed to be the parents of 5 children. We love sharing our experiences and helping to plan affordable Disney vacations for large families.

Last December when I flew down to welcome the newest members to the Moms Panel Family, we had a cocktail reception at Bongo’s. I joined Anna and Maria for a few moments as they discussed the Panel with Wes and Ritzy. 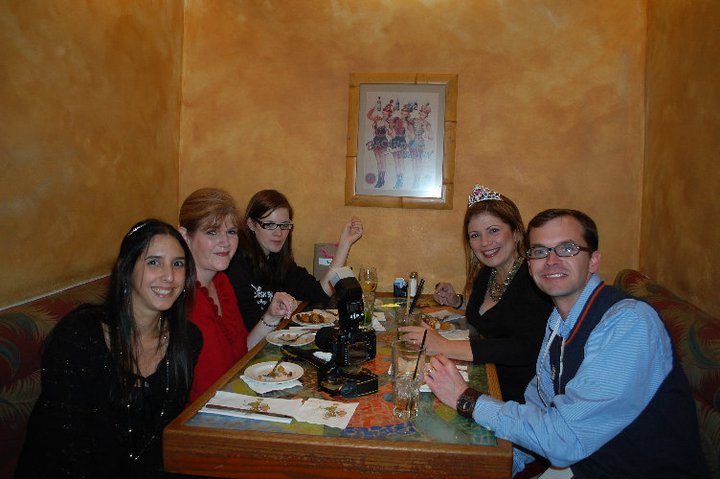 I enjoyed chatting with Wes briefly then, but the time flew by way too quickly. 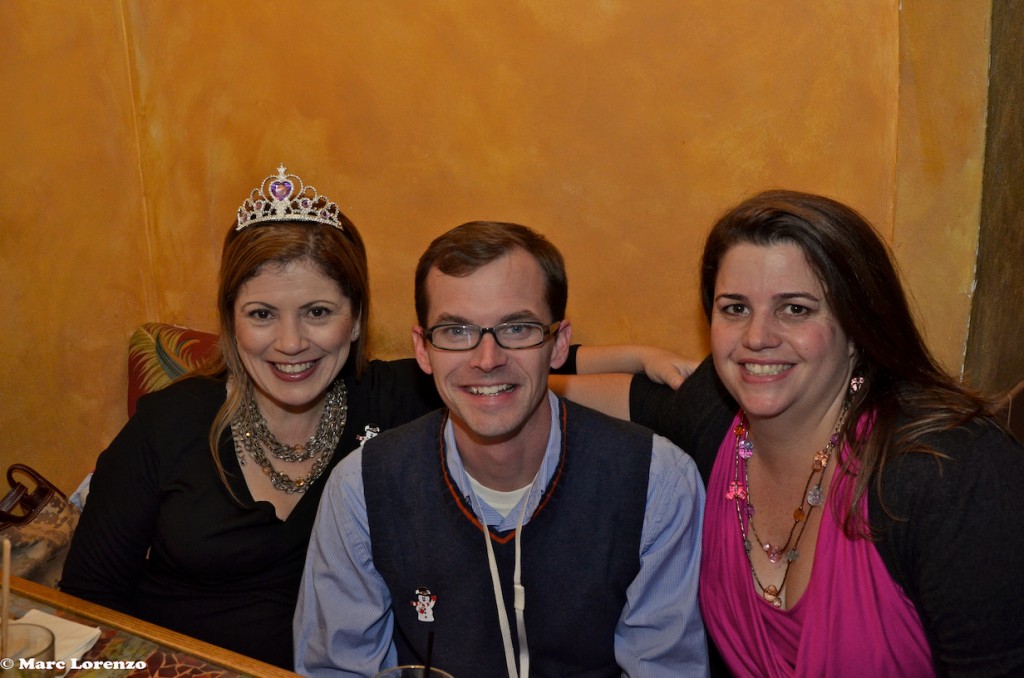 I didn’t get to see Wes again until this past September at the Moms Panel Reunion. It was so nice to turn around in the lobby of the Wilderness Lodge and see his smiling face… 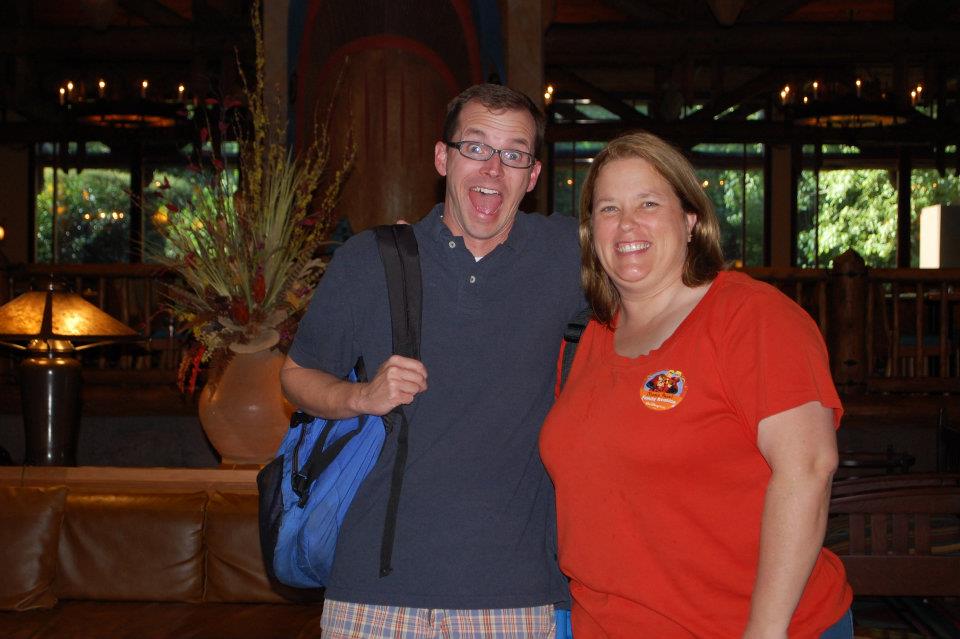 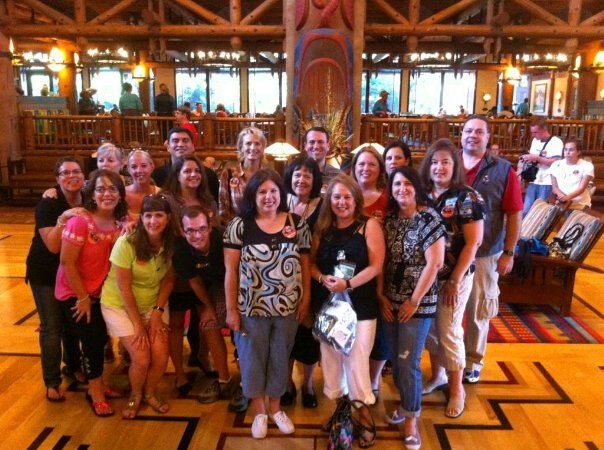 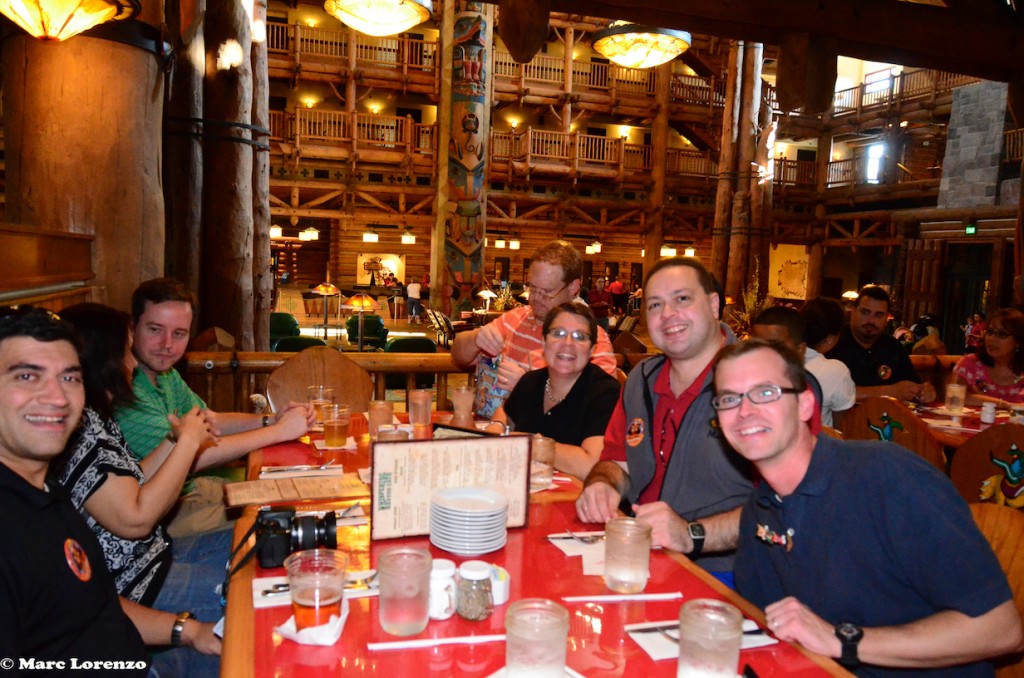 Finally seeing Wes in person again was very much like the sweet reward at the end of running a long race. You see, earlier this year, it was time to start thinking about our annual Give Kids the World fundraiser. I have previously shared how Anna had passed the torch to me in 2010.Â  As all the Panelists know, this charity means so very much to me. I reached out to the newest Members in the Spring and Wes immediately expressed his interest in helping to spearhead this years efforts. His passion was off-the-charts and I knew right away that I had found a partner that I could count on. For about 6 months, Wes tirelessly worked behind the scenes to help rally the troops. He and I talked quite frequently about different ideas and ways to ignite the flame for this years fundraiser.Â Throughout our various phone calls, countless emails and humorous texts, Wes solidified his place in my heart. He is the REAL DEAL…a priceless friend who I discovered that I could count on through thick and thin. Wes never wavered in his dedication or commitment to our lofty goal. I will never forget when I called him to tell him that we had met ourÂ $10,000 goal and were on track to exceed it. He and I both screamed, “WOO HOO”!!!Â  It was with lumps in our throats, tears in our eyes and joy in our hearts that we met up on September 30th of this year to donate a whopping $12,020 to this amazing Village!! 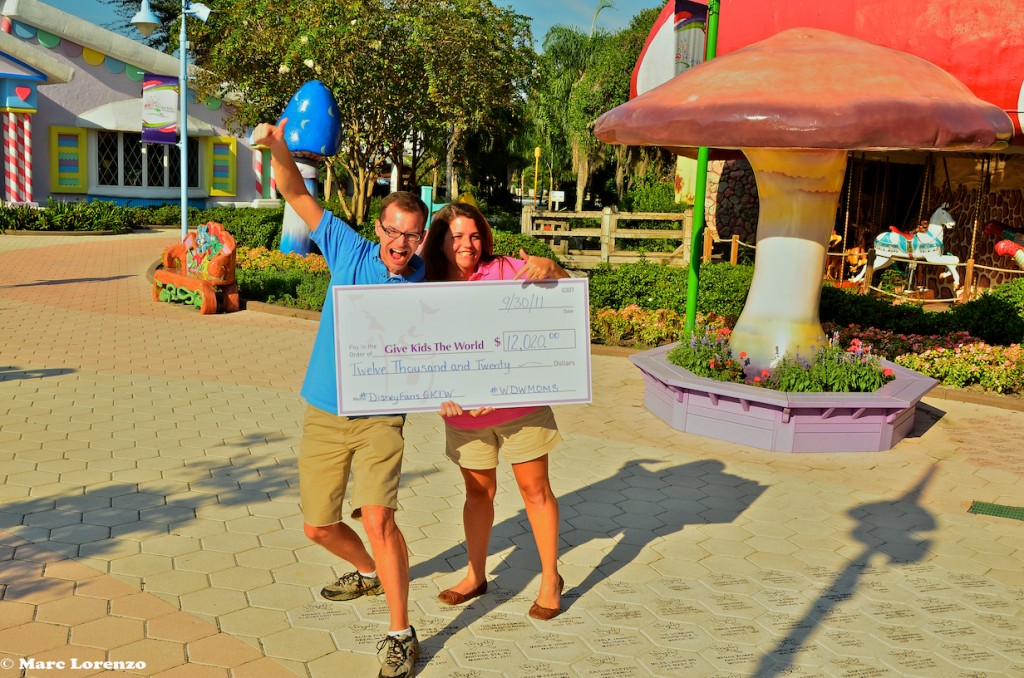 All that hard work paid off! 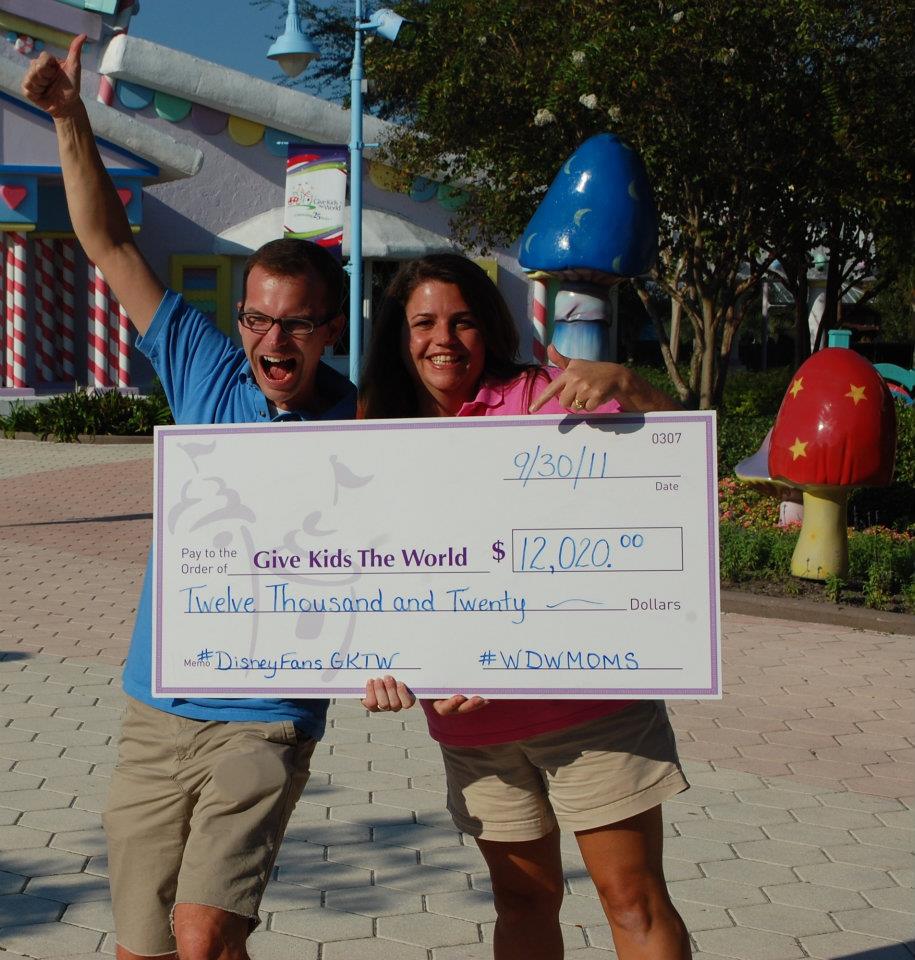 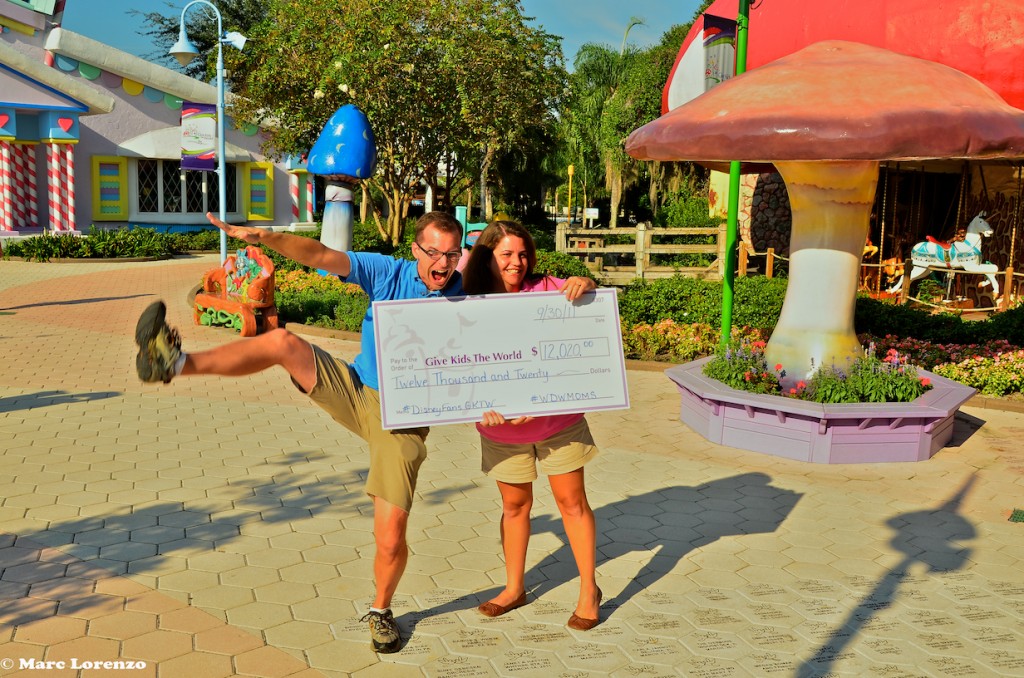 Raising that amount of money was a group effort and we couldn’t have done it without the hard work and dedication of our entire group. This includes the many members who couldn’t be there for the check presentation. However, I would be remiss if I didn’t take a moment to say THANK YOU again to Wes for being such an amazing partner this year. 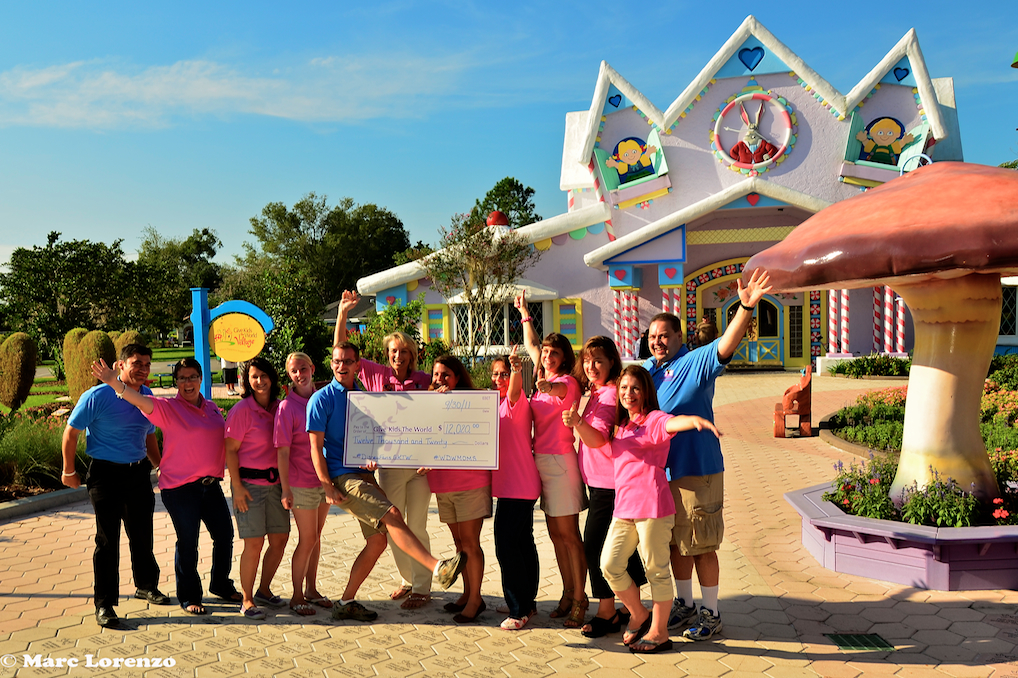 That afternoon, we rode Tower of Terror together. This is a “must-do” for me on every trip, and I was so excited toÂ ride it with Wes. 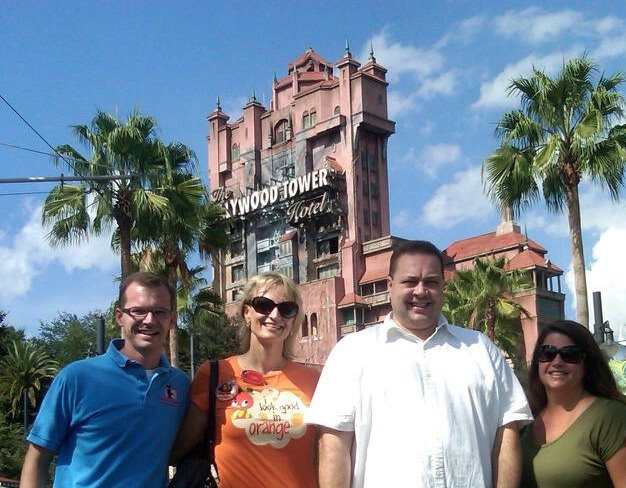 Since Wes had played such a big part in making dreams come true for some very deserving children at Give Kids the World Village, it only seemed appropriate that we Panelists helped make one of Wes’ dreams come true too. Wes once tried out to be a back-up dancer for Janet Jacket and he loves to dance. Not too long before the Reunion, Wes reached out to us and shared that his long timeÂ dream has been to participate in a Flash Mob at Walt Disney World. With very short notice, he choreographed the moves to the very first Magic Kingdom Flash Mob which took place in the middle of the Move It! Shake It! Celebrate It! Street Party. He took the time to film 2 “How To” videos for us all. One was slow-motion, in which he broke down every single step for us. Then, he did a “fast paced” video for us as well. Wes is a rock-star! Check this out!

Here are a few awesome photos of that pricelessÂ moment in time when we surprised even the Genie with our Flash Mob. Wes was SO pumped!! 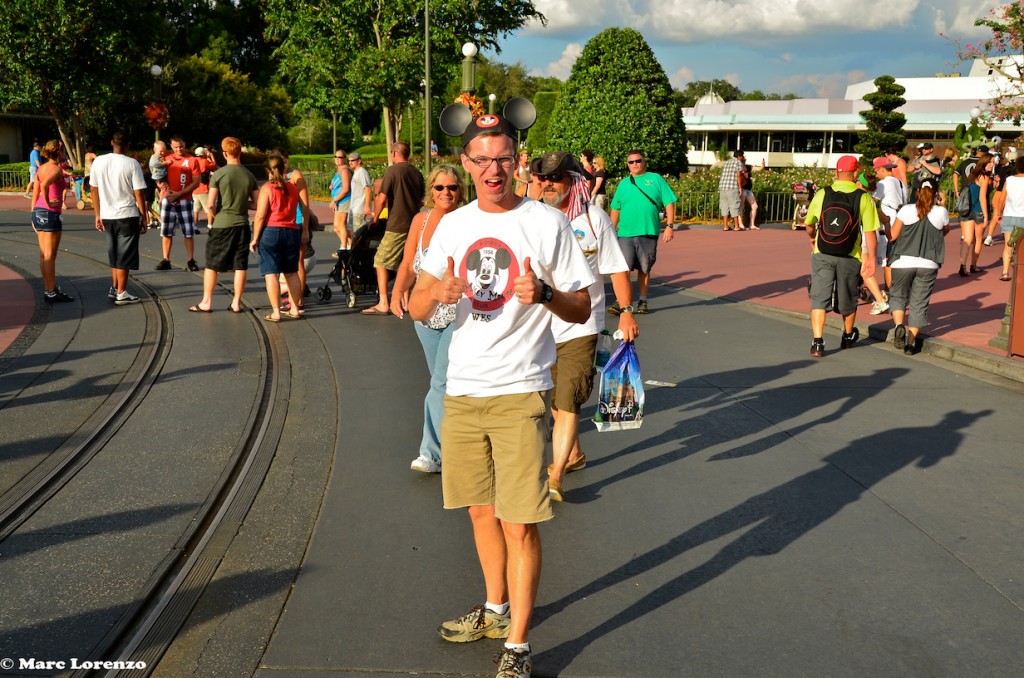 Â Taking his spot when the parade took the the streets… 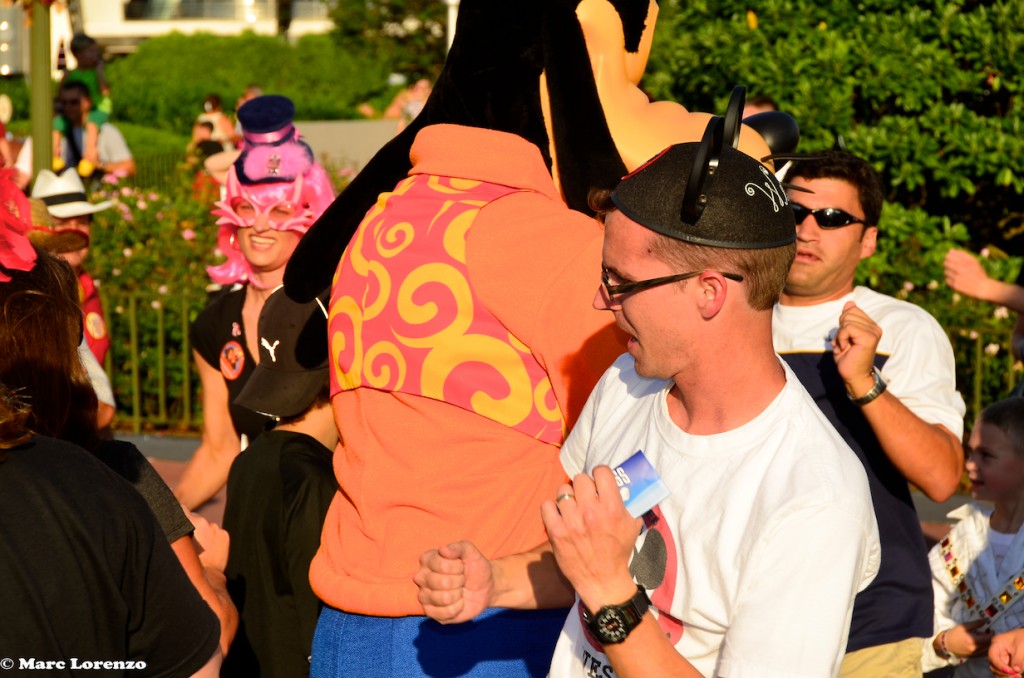 Wes taking his spot when the parade took to the streets...

Wes stood in front of us all and we followed his lead. As much fun as I had participating in the Flash Mob, part of me wishes I had stayed on the sidewalk so I could have witnessed this magical moment first hand as a spectator. However, to quote Quasimodo, I learned long ago that “Life is not a spectator sport”…so I jumped right in… 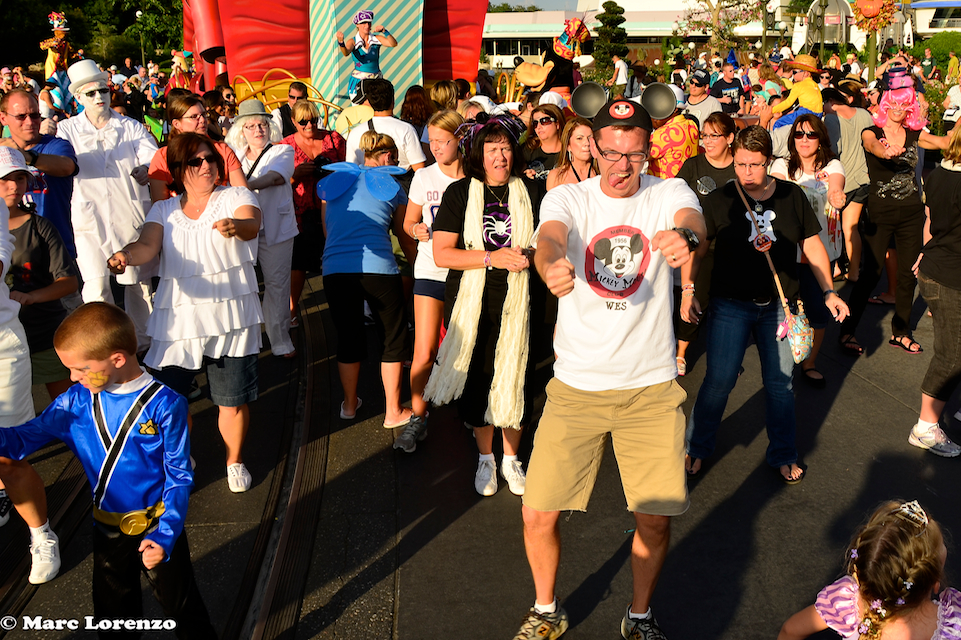 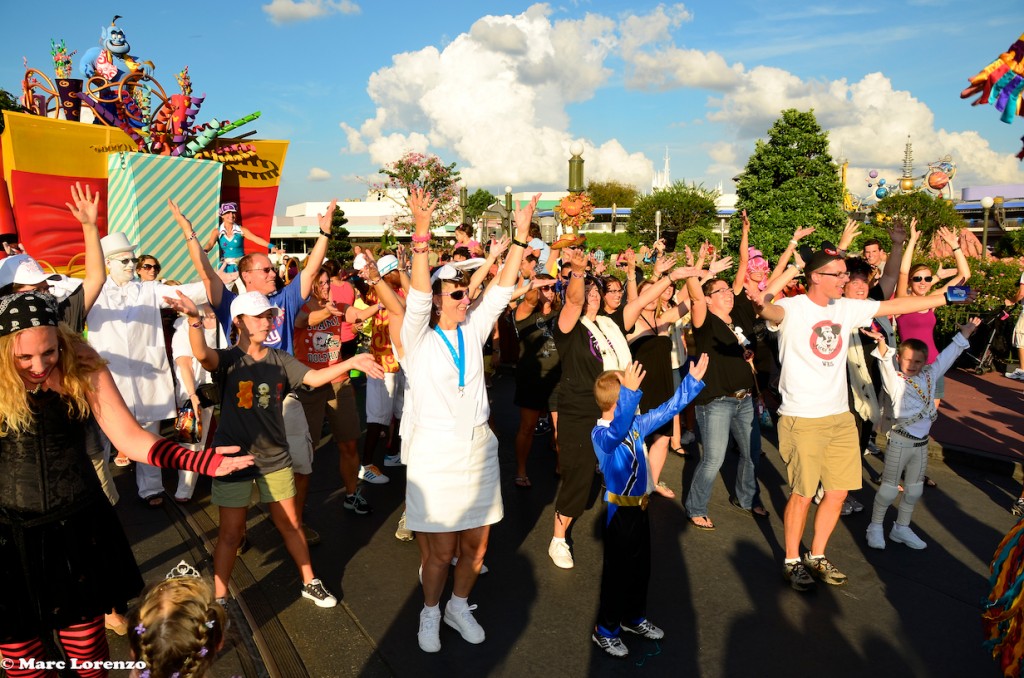 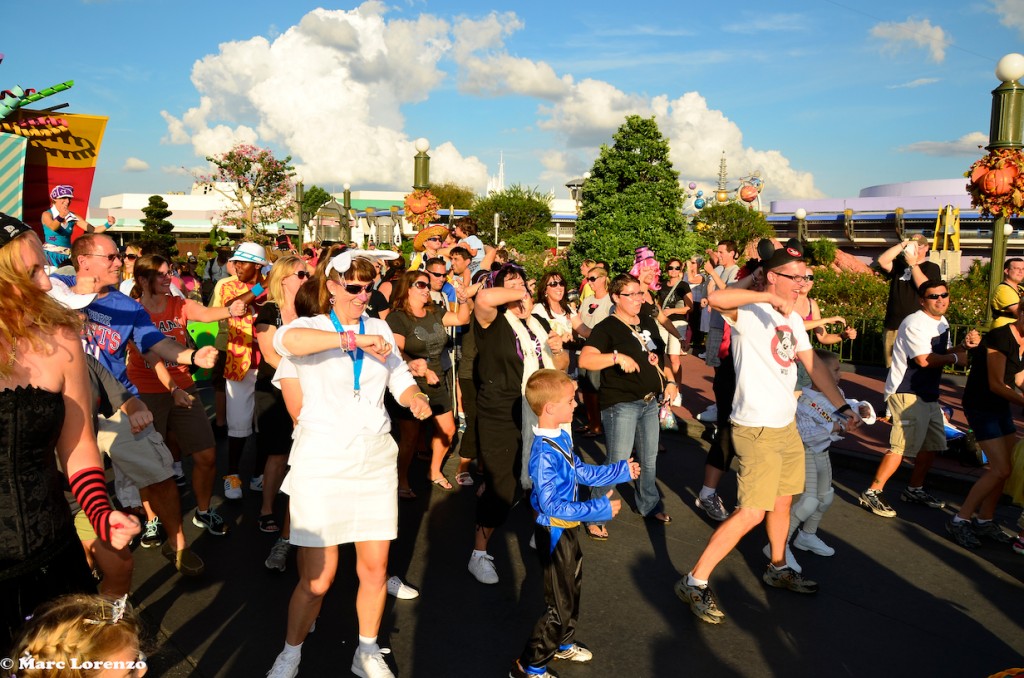 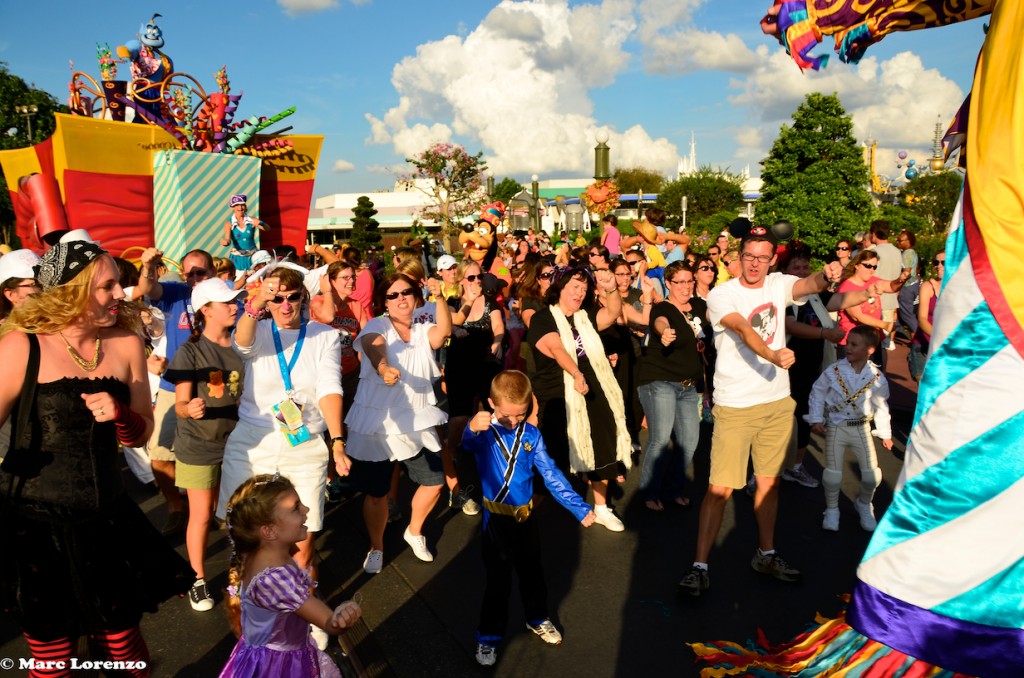 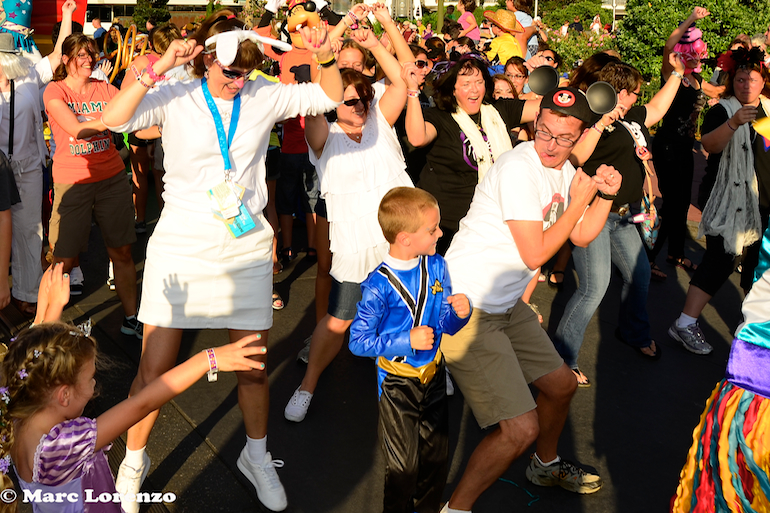 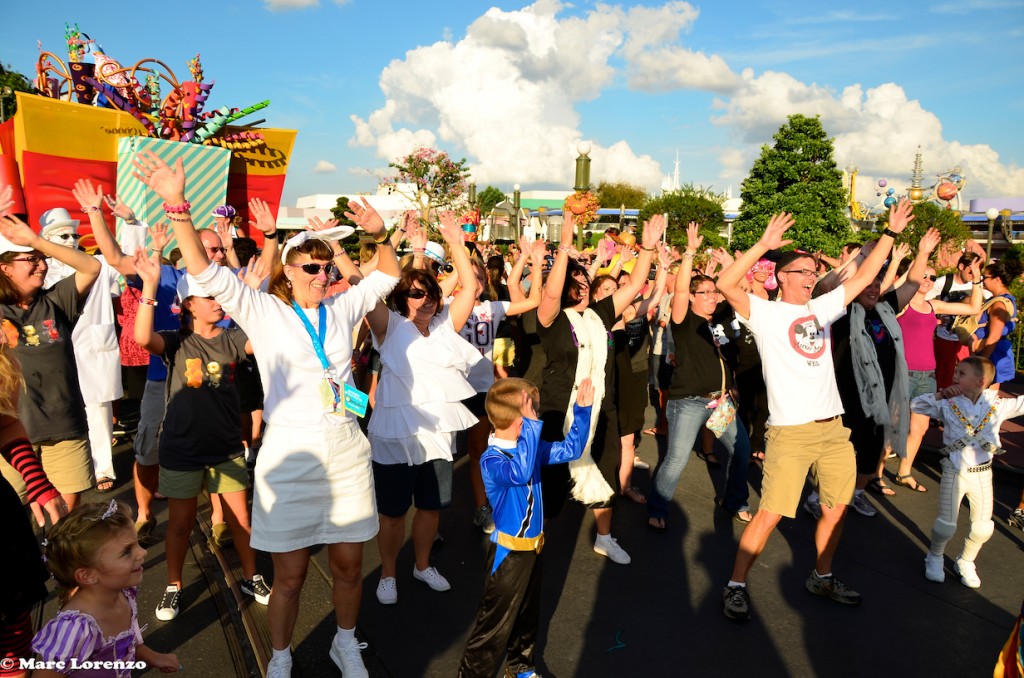 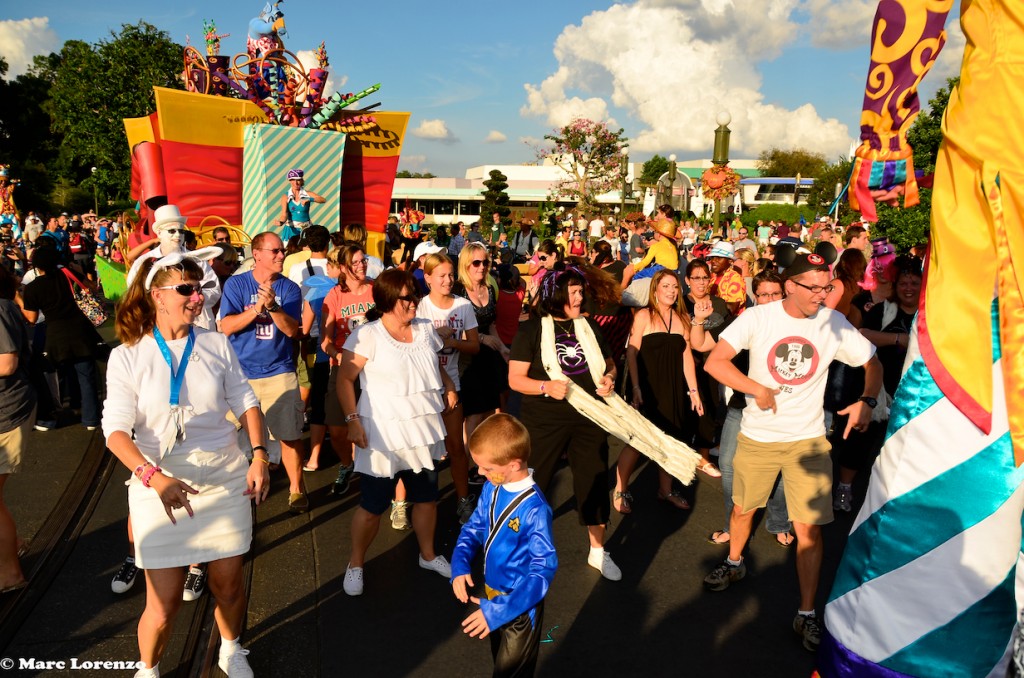 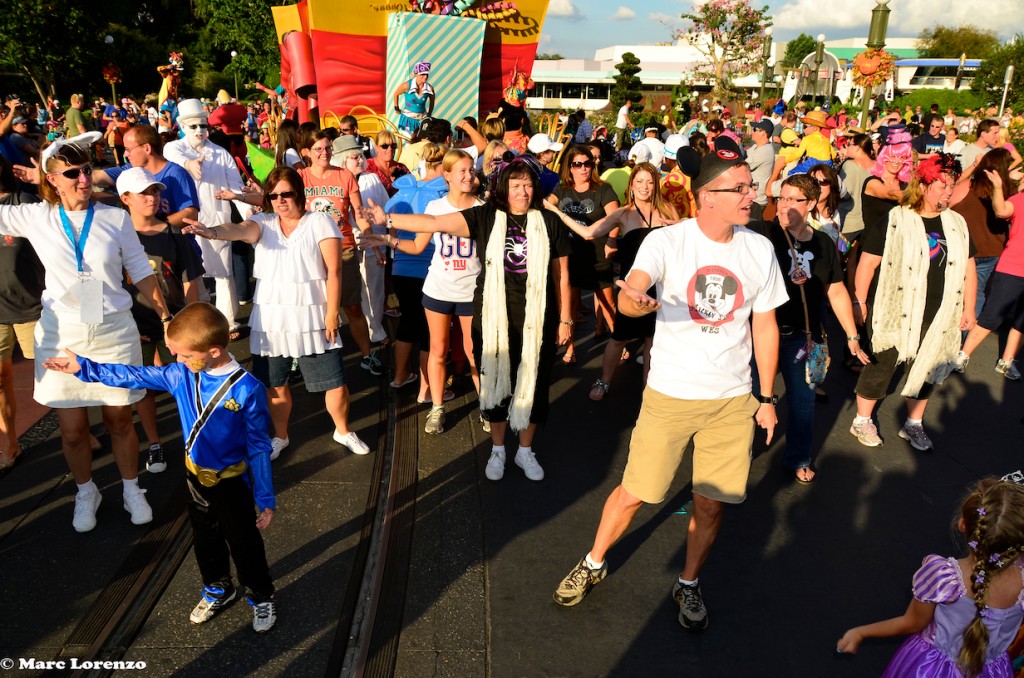 Wes was absolutely ecstatic during and after the Flash Mob and we were all thrilled to have been a part of one of his biggest dreams!!

That evening we all attended Mickey’s Not-So-Scary Halloween Party together. I recall a particular moment in time as we were walking through TomorrowlandÂ and I looked up to see this in front of me… 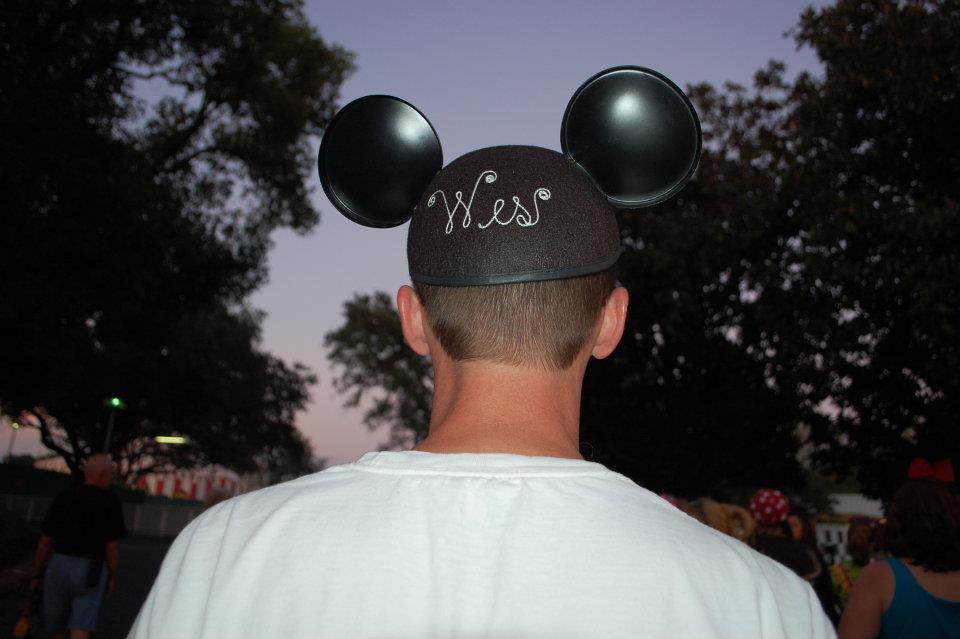 Â …and I had to smile. Wes is such a kid at heart. He truly has more unbridaled passion and enthusiasm than any one I’ve ever met.Â

Here he is with Tron at the Party… 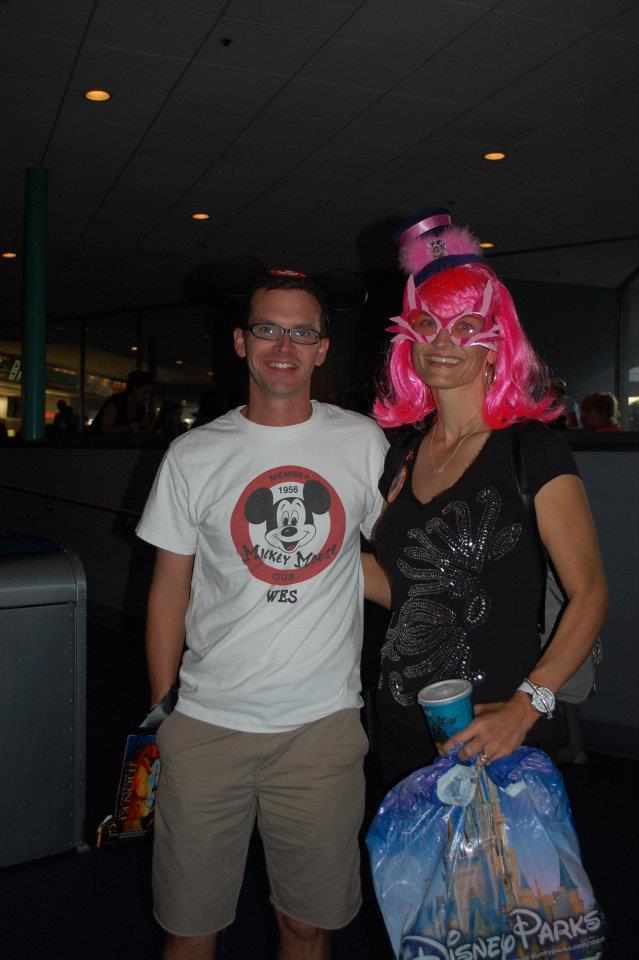 On Saturday evening Laura hosted an IllumiNations Dessert Reception for us. We all had a fantastic time together, as always. I love this photo of 4 of our amazing Moms Panel Dads… 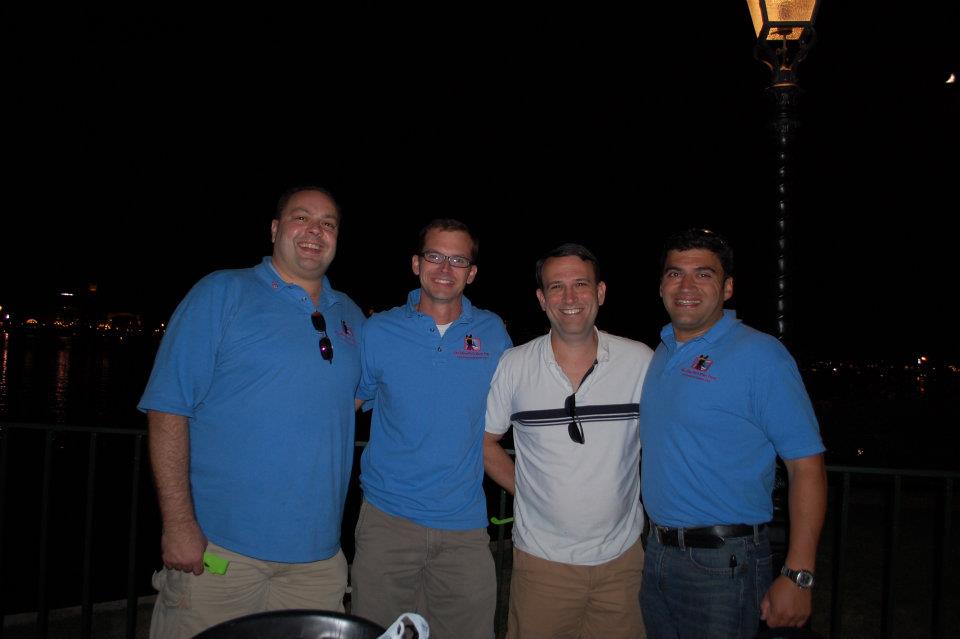 Such a great group of guys… 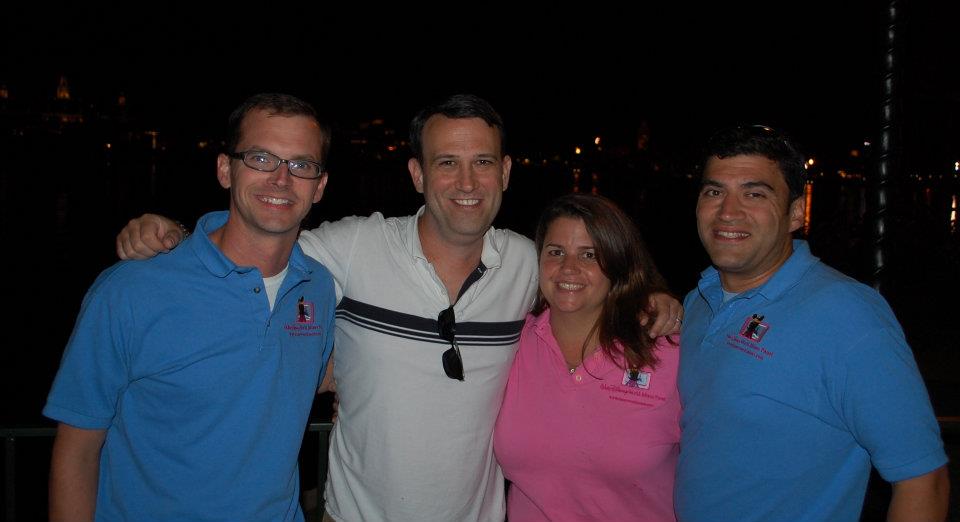 Wes, Jonas, Angelo and I

Â Emma and Marc join in…

Spending time with Wes during the Reunion was one of the highlights of the trip for me.

He is such an incredible person. Wes is a minister at his churchÂ and he recently earned his Masters degree this past year.Â Â I often envision him somewhere under that big ‘ole Texas sky…”Woo-Hoo”-ing and running aroundÂ with his beautiful children. I’m very blessed to have Wes in my life andÂ can’t wait to see him again. 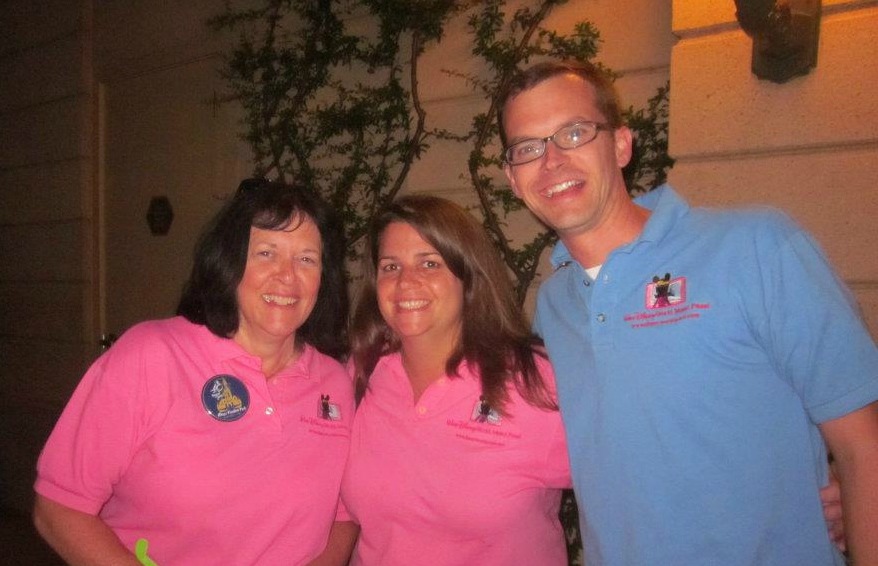