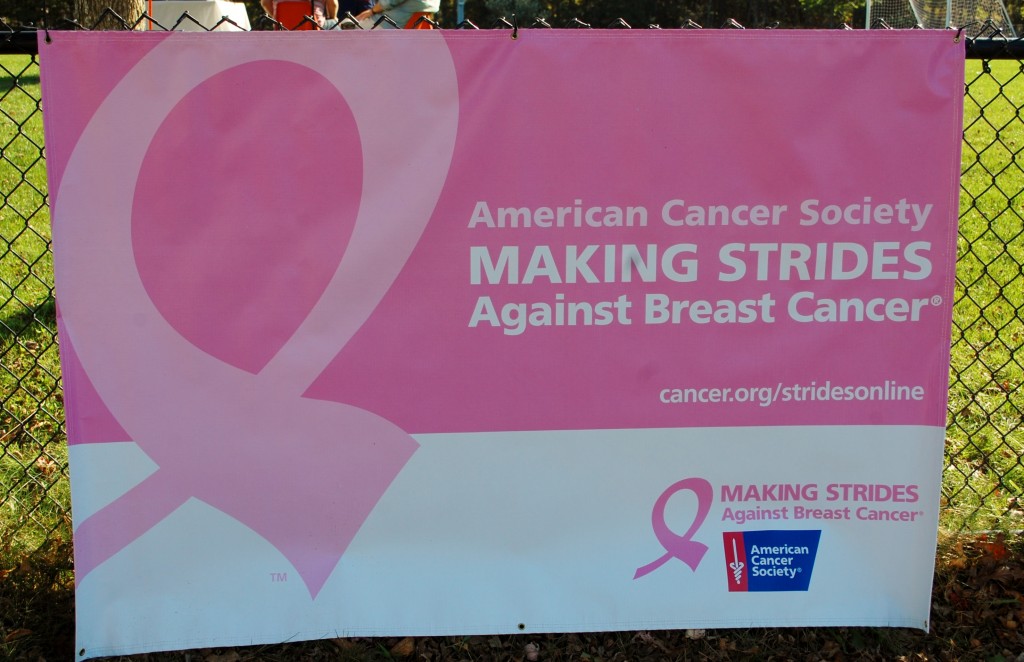 Making Strides Against Breast Cancer is the American Cancer Society’s signature event to honor breast cancer survivors, raise awareness about the disease, and help save lives.

Sunday, October 16th was a beautiful, unseasonably warm Autumn day on the Cape. At 9:00am, over 400 men, women and children gathered at the Peter G. Homer Memorial Park in South Yarmouth to join together in the fight against Breast Cancer. 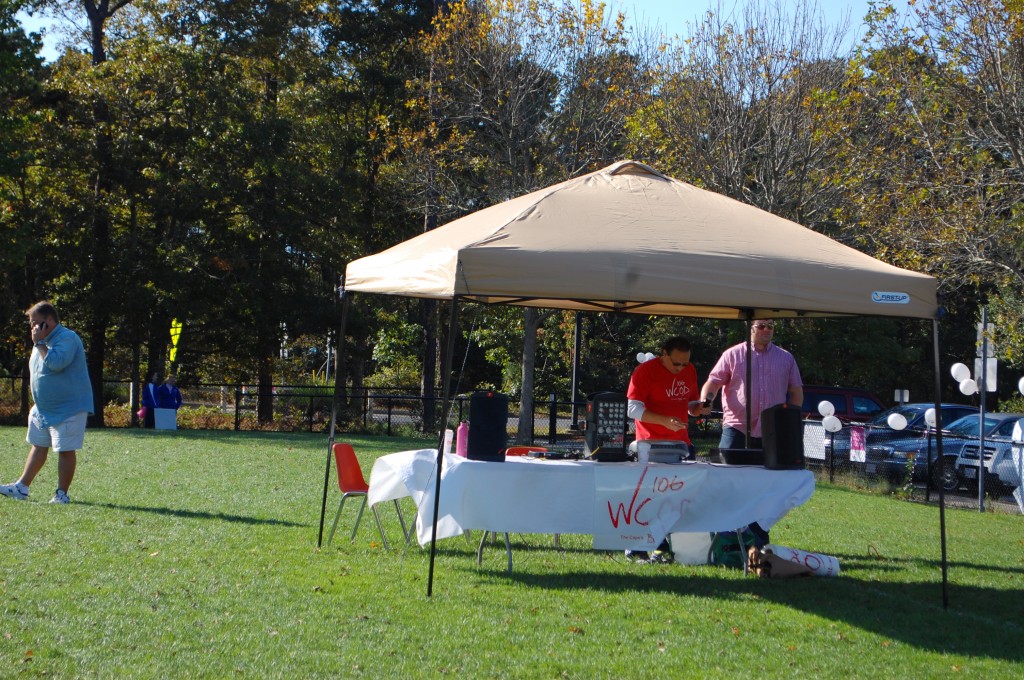 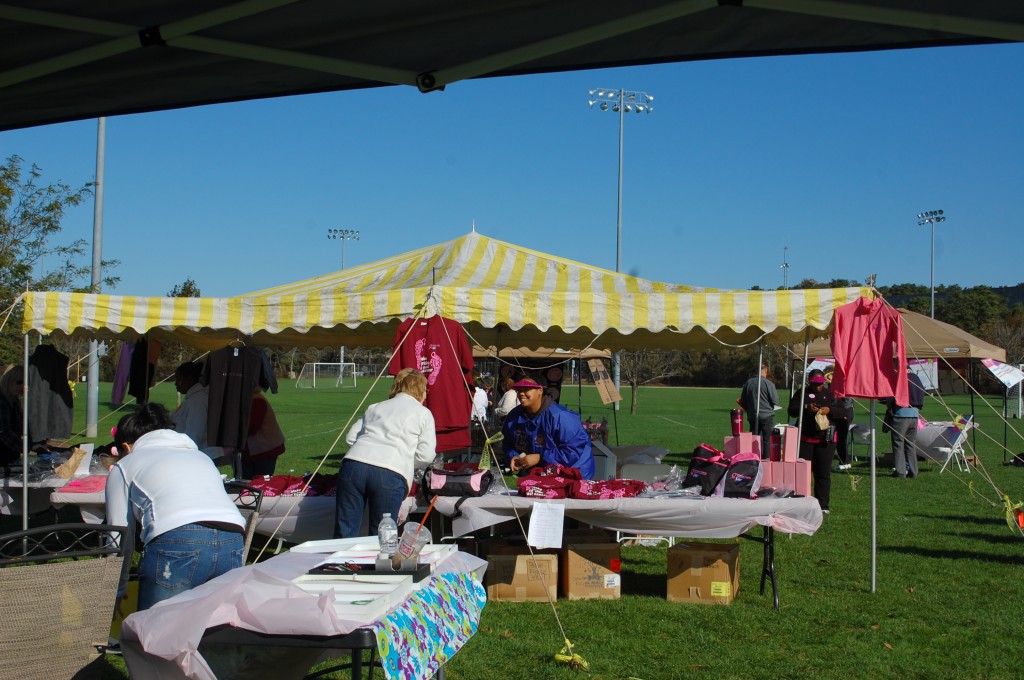 Â …and there was a very distinct feeling in the air.

Â It was HOPE.

Â According to the American Cancer Society (ACS), a woman in the United States is diagnosed with breast cancer every three minutes.

Â At 9:30am, we gathered together and listened as a courageous man told us of his battle with breast cancer. You see, breast cancer doesn’t discriminate. It affects men as well as women.Â  Listening to his story of survival, we were all inspired and filled with hope. Then, a few moments later, approximately 400 people set out on a 4-mile walk to Make Strides Against Breast Cancer together. 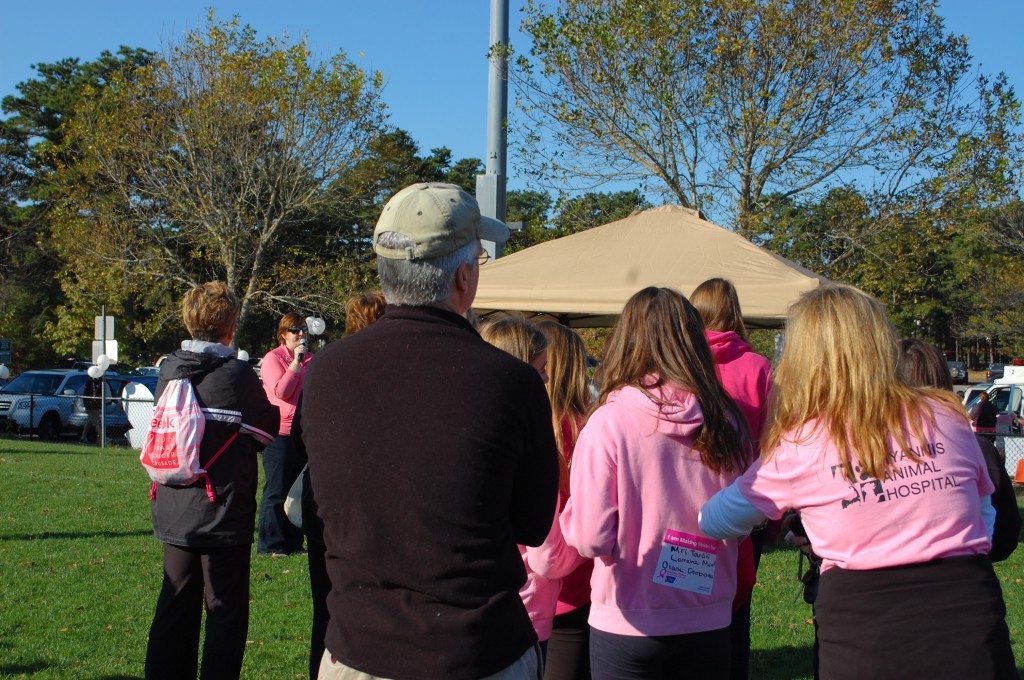 Unfortunately, I have a partially torn achilles tendon, so I was physically unable to walk it myself. However, I raised $750 and my 19 year-old daughter Sierra proudly walked the 4 miles.

In April, 2010, a friend of mine passed away after a courageous battle with breast cancer. I know several other women who are currently fighting it as well. In addition, Sierra’s boyfriends Mom has breast cancer and she has a very rough road ahead.

Sierra walked in her honor… 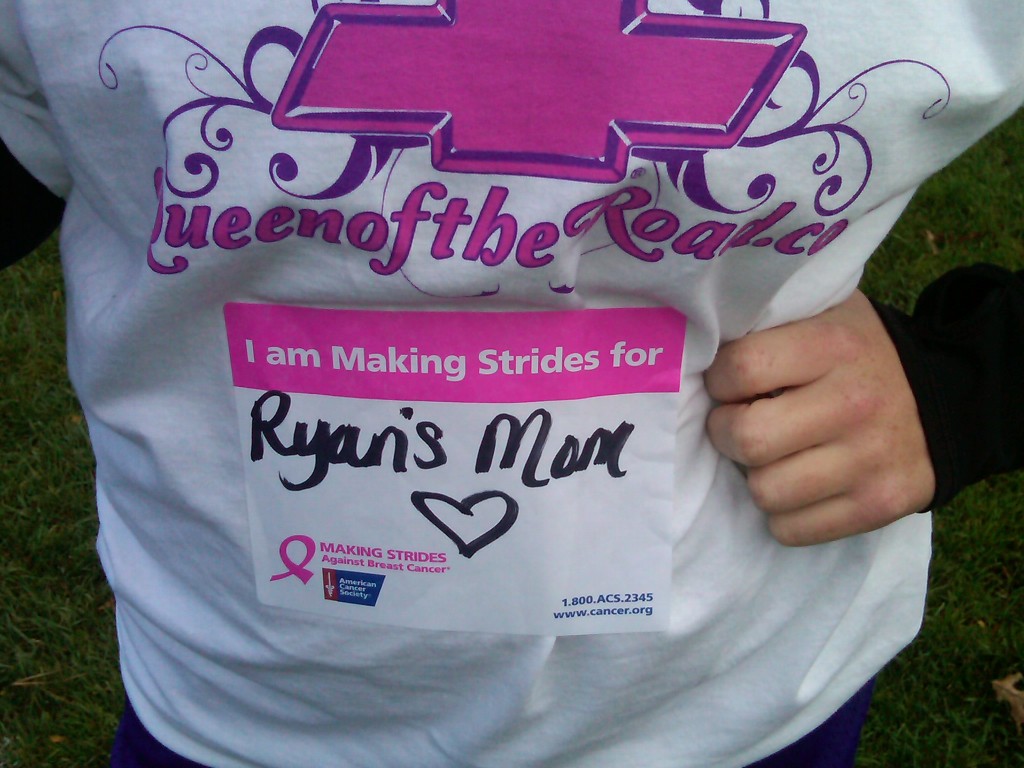 Earlier this year, a very dear friend of mine was diagnosed with breast cancer. A physician and beautiful mother of 3, she fought like a girl…and won!!Â  I fundraised and attended this event because she has been such an inspiration to me and I desperately want others to have the same success that she has had… 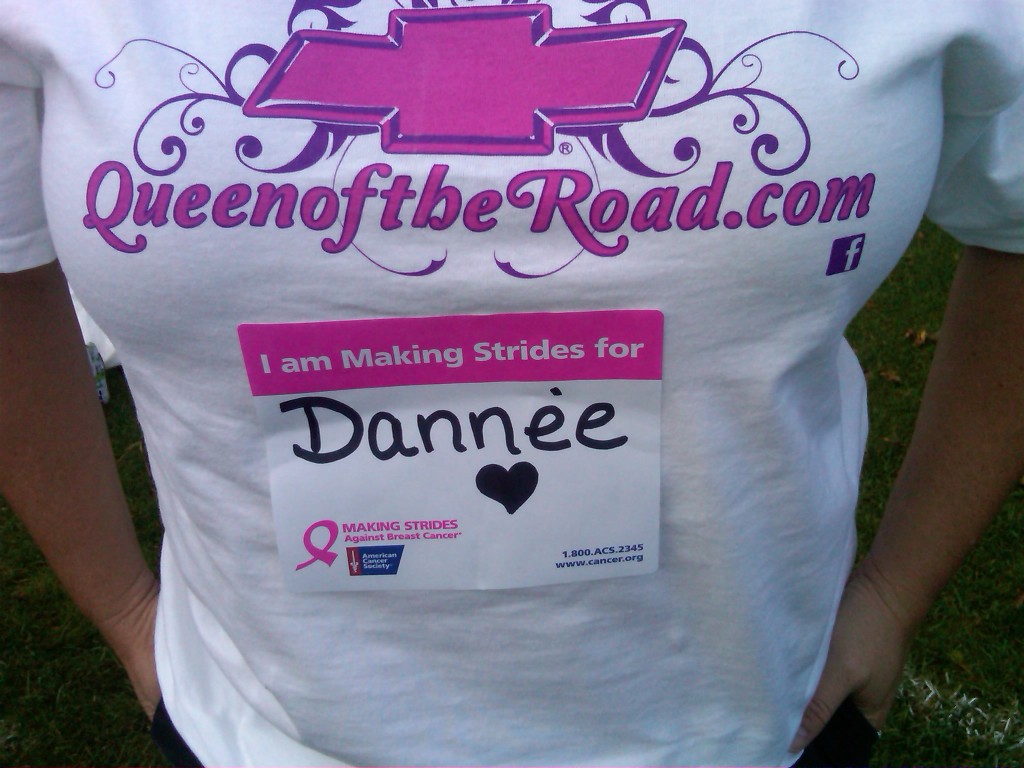 I’m incredibly elated to share that she is now a breast cancer survivor. 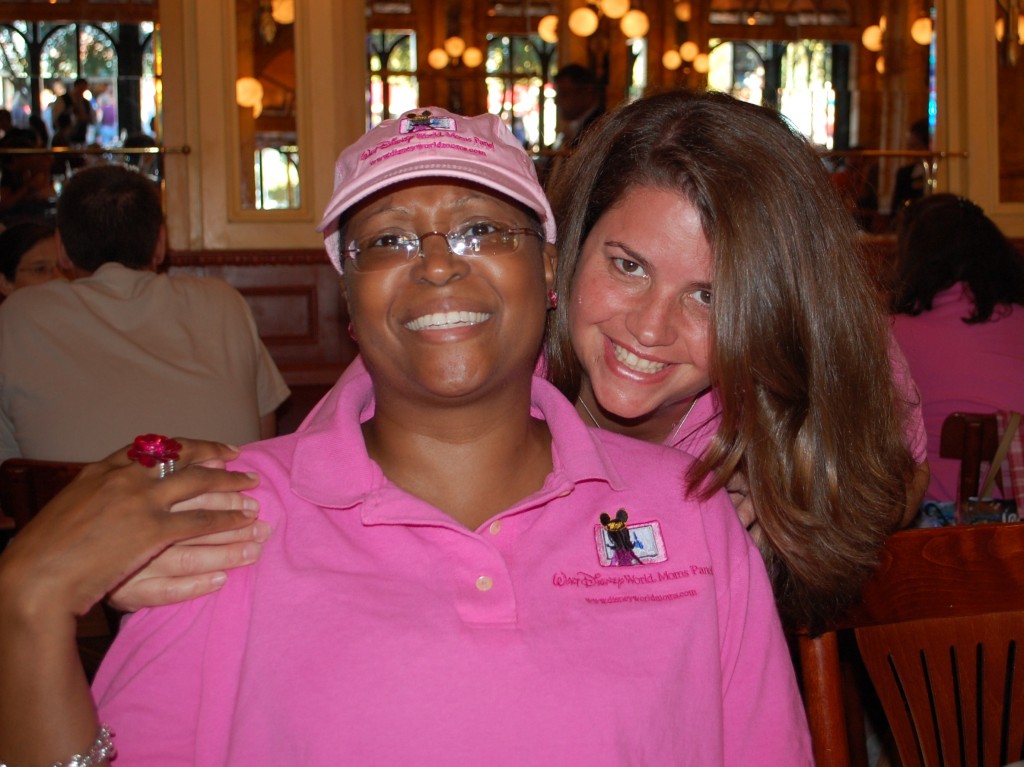 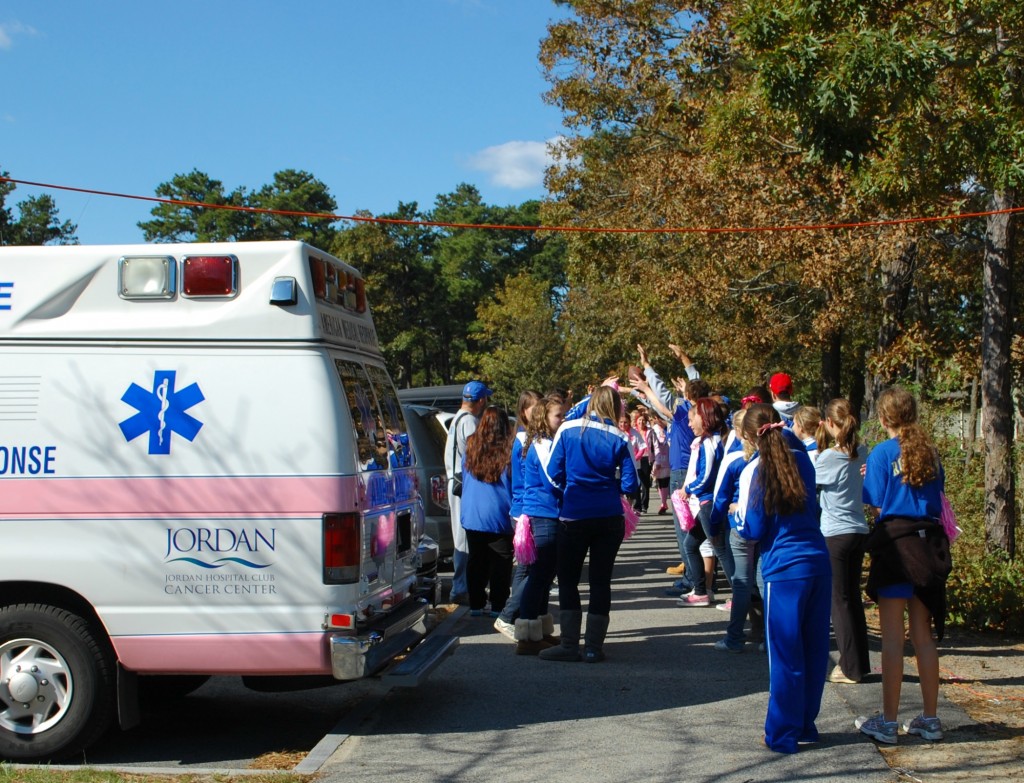 Â I stood in awe, with tears in my eyes, as one woman ran across the finish line. She proudly wore a “Survivor” ribbon and her pin said that she had been a survivor for 3 years. She was positively glowing.

One by one, everyone crossed the finish line. Their stories are all different, but they call share a common bond…they’ve been touched by breast cancer in one way or another. 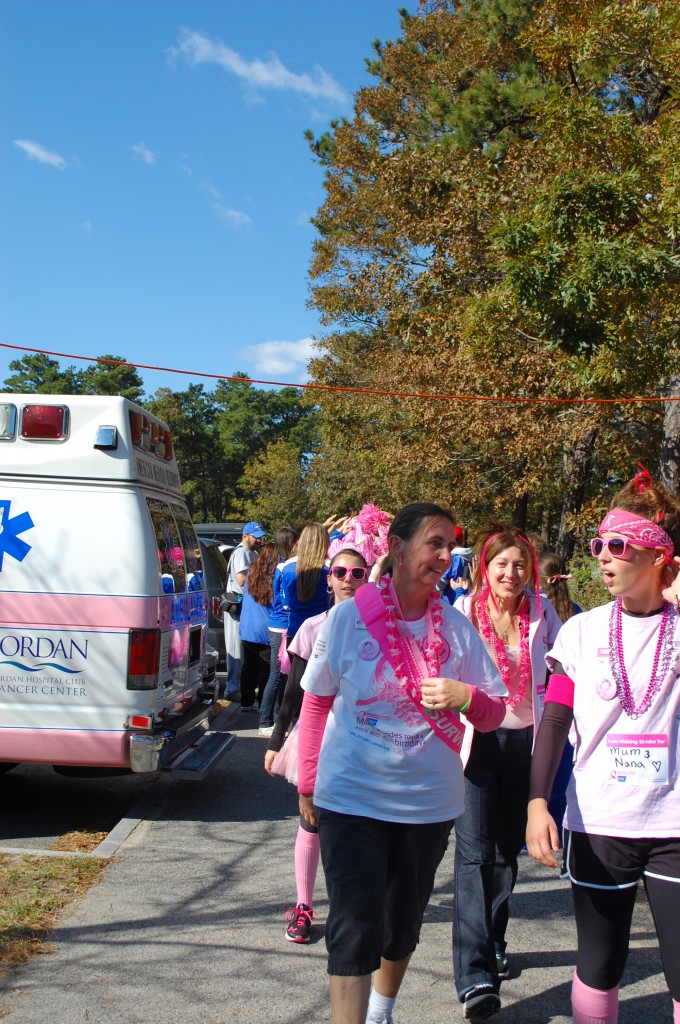 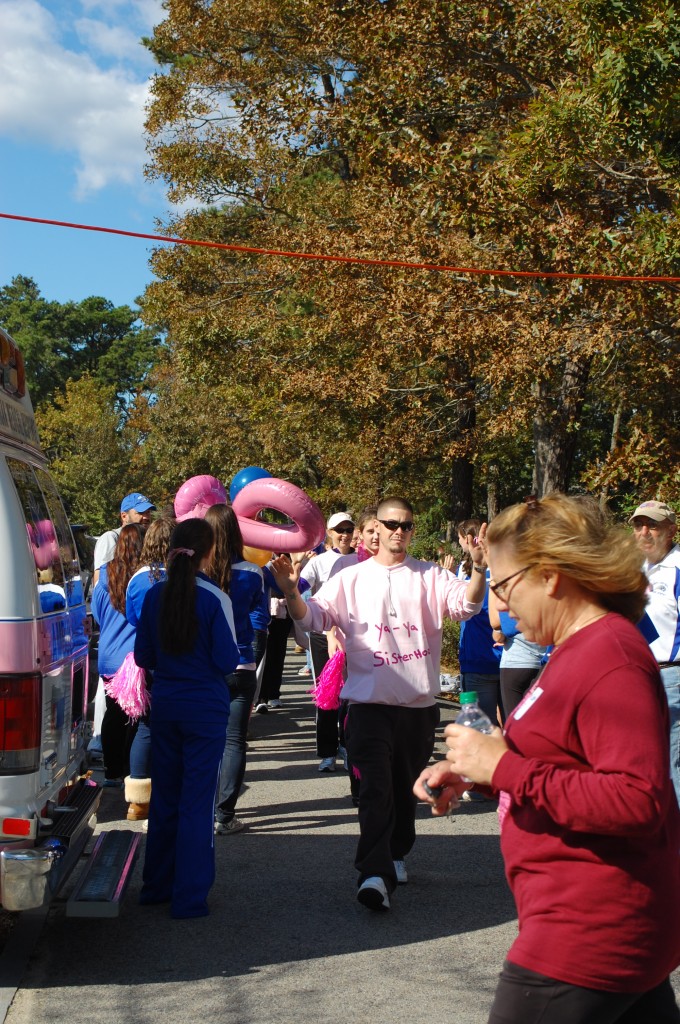 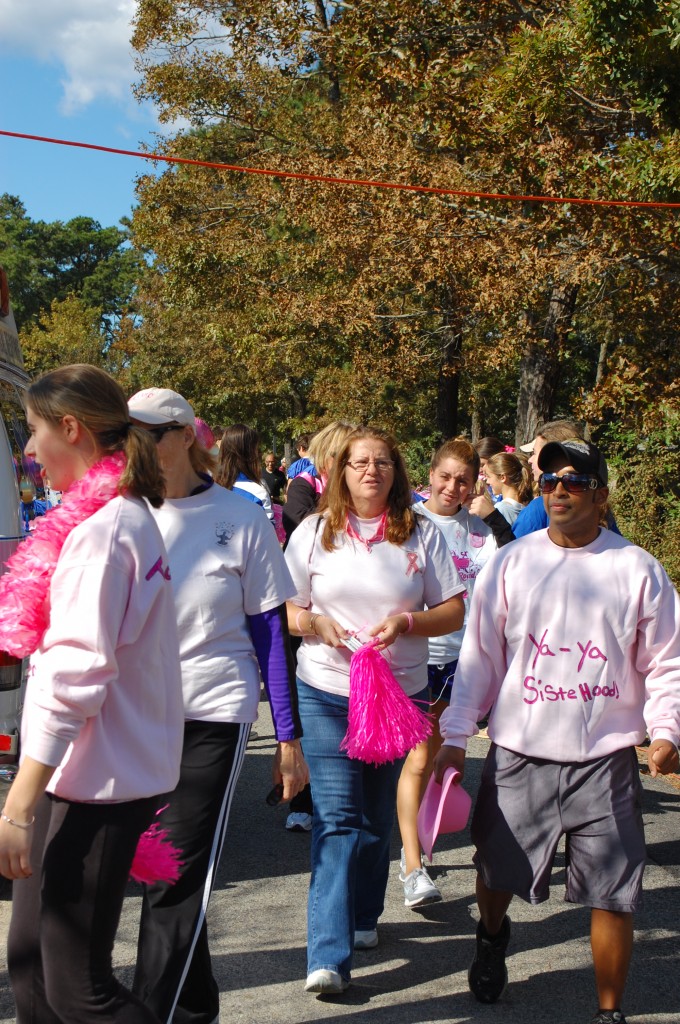 I encourage you to attend a Making Strides Against Breast Cancer walk in your area. You never know when it could be you or someone you love who is suddenly facing this awful disease.

We’re all in this together…here’s to finding a cure!