Many of you have probably heard about my son, Reagan. Â But I have another son, Jake, who is equally as special as Reagan but in his own way. Â In fact, Jake wanted to make his own grand entrance into the world which he did on Christmas Eve, a little earlier than expected. 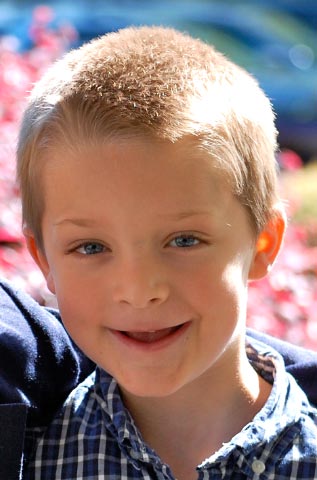 Someone once described Jake as the type of kid you fall in love with immediately, and you want him to love you right back. Â I know Iâ€™m biased but I couldnâ€™t agree more. Â He is a six year-old, All-American boy â€“ good looking, smart, funny, well mannered (most of the time), and heâ€™s sensitive to the needs of those around him.

Jake makes me laugh â€“ a lot â€“ even when I shouldnâ€™t. Â One Christmas, we were grocery shopping and I was explaining to Jake what it means for fruits to be â€œin seasonâ€ â€“ or the reason why we canâ€™t always get great blueberries. Â Having a ginormous sweet tooth, he picked up a big bag of candy canes that he wanted. Â I told him I wasnâ€™t buying the candy canes.Â  Without missing a beat, he said â€œBut theyâ€™re in season.â€ Â Yep – I bought the candy canes.

Reagan is almost three years older than Jake, but Jake has had to grow up a little faster than most kids his age. Â I think this is true for kids who have an older special needs sibling. Â He helps me take care of Reaganâ€™s needs, and he watches over his big brother.Â  But the best thing Jake does is to treat Reagan as normal as possible. Â Theyâ€™re laughing one minute and fighting the next. Â They wrestle on the floor and chase each other around.

Now that Jake is older, his friends are beginning to pay attention to the fact that he has a brother that is different. Â Jake is asked questions like, â€œHe doesn’t walk very good, does he?â€ echoing what Thumper said to Bambiâ€™s mother. Â He looks at his friends and says as a matter of fact, â€œHe has Cerebral Palsy.â€Â  Most six year olds have no idea what that is and go on about their playing, but I know that as Jake continues to get older, heâ€™s going to get more questions.Â  Itâ€™s human nature to sometimes stop, stare, and ask questions that come out sounding the wrong way. Â But my heart swells with pride watching Jake handle things so maturely for a child his age.

There are times when I have to take care of Reaganâ€™s needs first, but I do make sure to spend one-on-one time with Jake. Â We have our own dates, and make time to talk and do things that Reagan isnâ€™t able to do yet. Â One of the things we both love to talk about is Disney. Â Jake is following in his Momâ€™s footsteps with his love of Disney (insert me squealing with joy here). Â He loves to look at Disney books, maps, and videos, and he helps me plan trips to Disney World.Â  In addition to being a garbage man (because he really wants to ride on the back of the truck), Jake wants to work at Disney as a Monorail Pilot and as a grave digger in Mickeyâ€™s Boo-To-You Halloween Parade (he loves that they make sparks with their shovels). 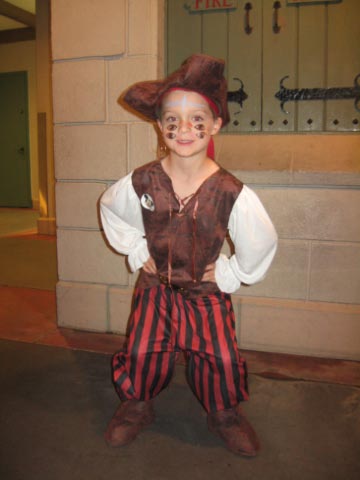 Disney World is a great place to visit for children with special needs, but the Cast Members also make sure they pay special attention to siblings like Jake.Â  I think they understand that brothers and sisters of special needs children sometimes feel left out.Â  They are amazing to Jake, too, and never look over at Reagan and say, â€œHe doesn’t walk very good, does he?â€Â  It truly is a magical place where we can leave our day-to-day lives behind and just enjoy life as a family.

Written by fellow Disney Mom & dear friend: Allison V. Allison is a proud member of the Walt Disney World Moms Panel. She is not a Disney employee. The postings on this site are her own and do not necessarily represent Disney’s positions or opinions.